Cancel
Five people from varied strata of society – a slum dweller who works as a cable operator, a runaway prostitute, a desperate woman drowning in debt, a rising musician, and a grief-stricken Muslim man – end up together in the same hospital, at a time when it is attacked by terrorists.
See Storyline (May Contain Spoilers)

This socially relevant tale traverses through the intricately interwoven lives of five principal characters, each from varied strata of society, highlighting their struggles and challenges.

Cable Raja (Simbu) who works as a cable operator is a happy go lucky chap who aspires to become rich by marrying a wealthy girl Pooja (Jasmine). A sex worker Saroja (Anushka), who has escaped from a brothel house, plans to lead a life on her own terms. Bharath Chakravarthy (Bharath) who is not interested in joining the army, although he hails from a family with that background, aims to become a famous rock star. Rahim (Prakash Raj) and his wife Zara (Sonia) become victims of discrimination for being an inter-religious couple, causing them to make plans of leaving India. Lakshmi (Saranya Ponvannan) is desperate to get funds, for her son's studies and also has some debts to be cleared.

Based on 3 ratings
0 user 4 critic
Did you know? The film is a remake of the Telugu movie Vedam (2010). Read More
4 Critic Reviews

Coming after the stupendous hit, VTV, 'Vaanam' should be another significant film in Silambarasan's career
Malathi Rangarajan, The Hindu
0

'Vaanam' scores in some areas, while the appeal of 'Evandi Unnai Pethan' is almost purely its in-your-face lyrics
Pavithra Srinivasan, Rediff
0 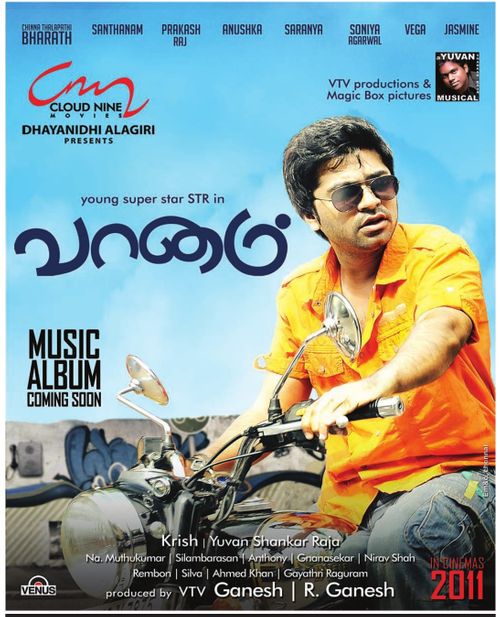 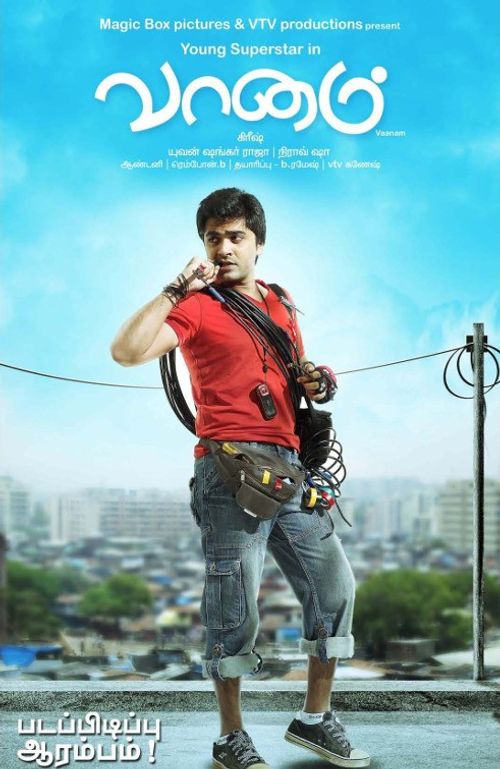 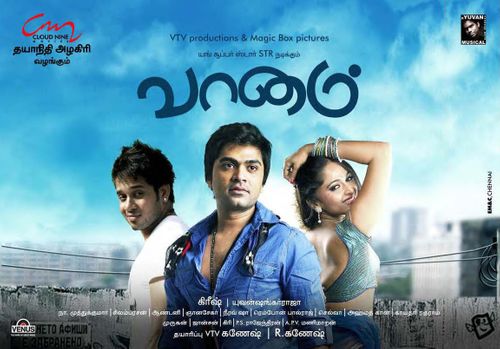 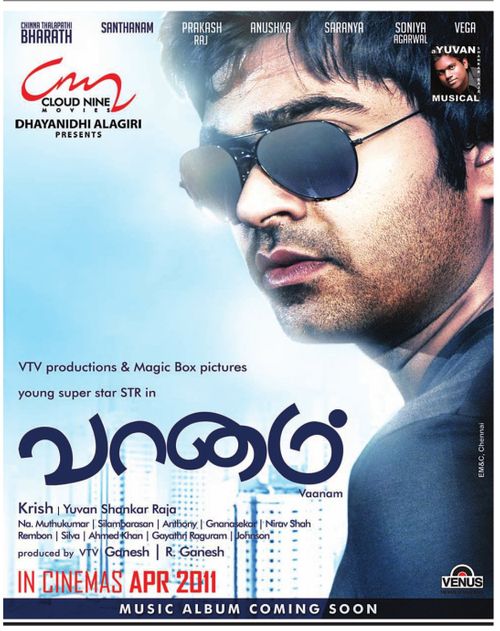 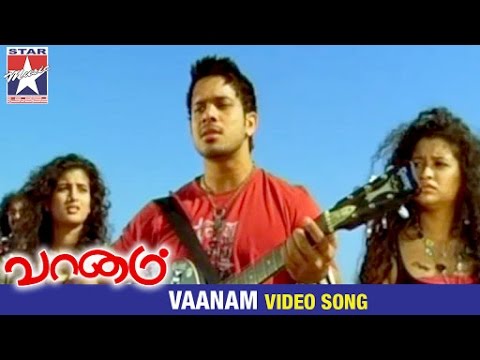 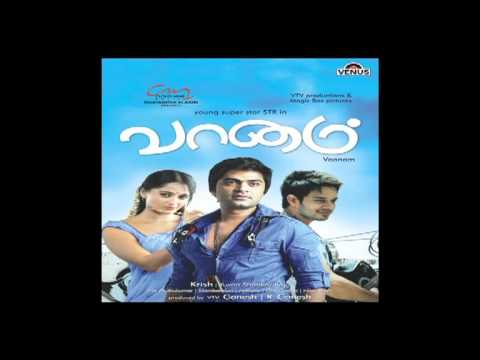 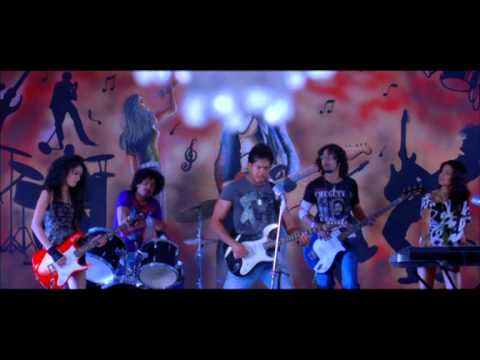 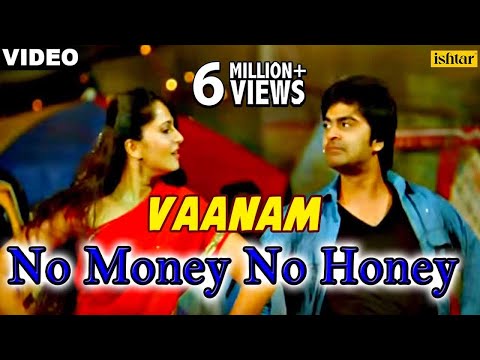 4. No Money No Honey 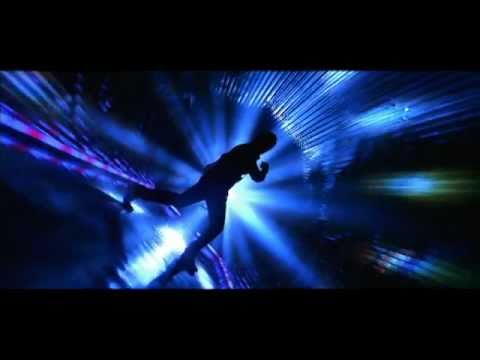 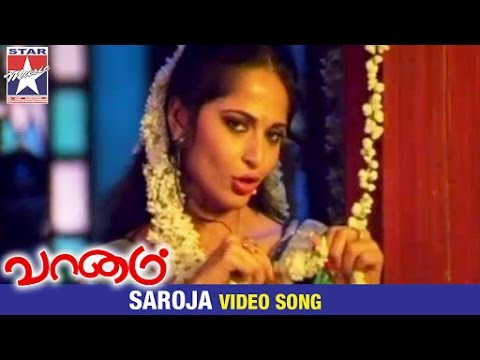 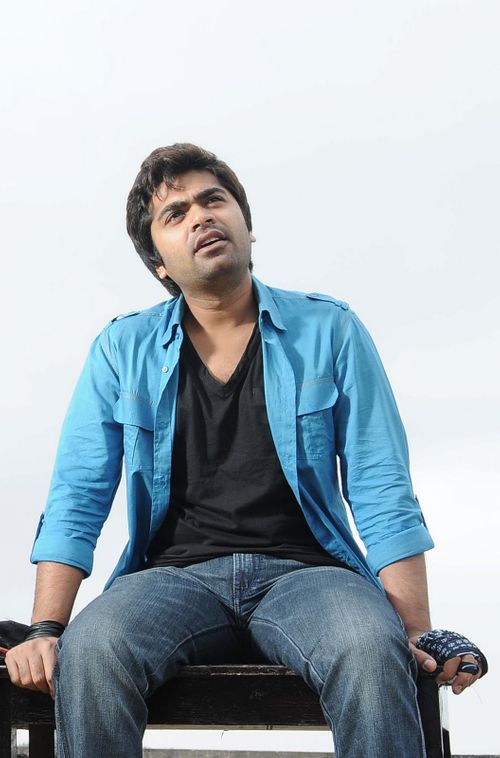 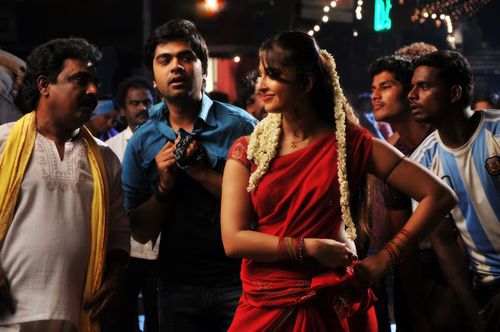 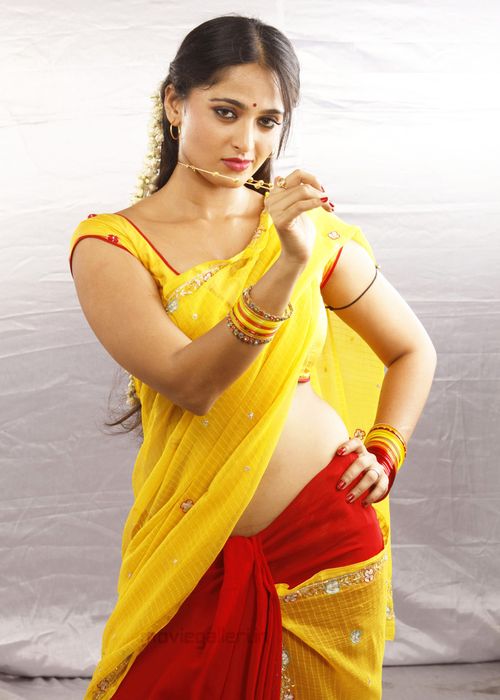 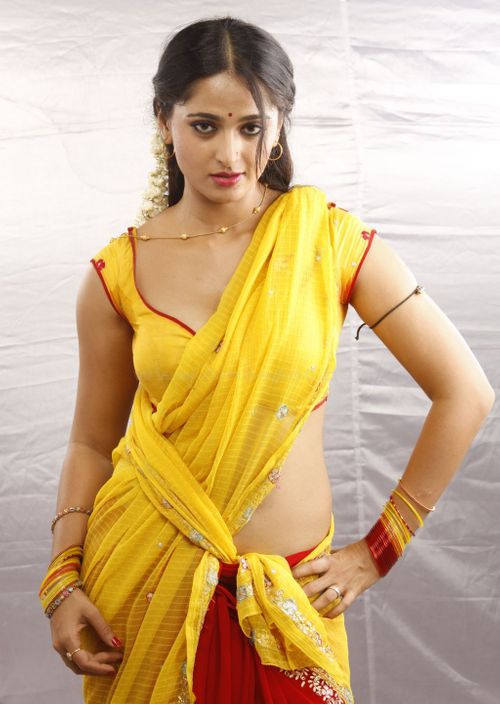 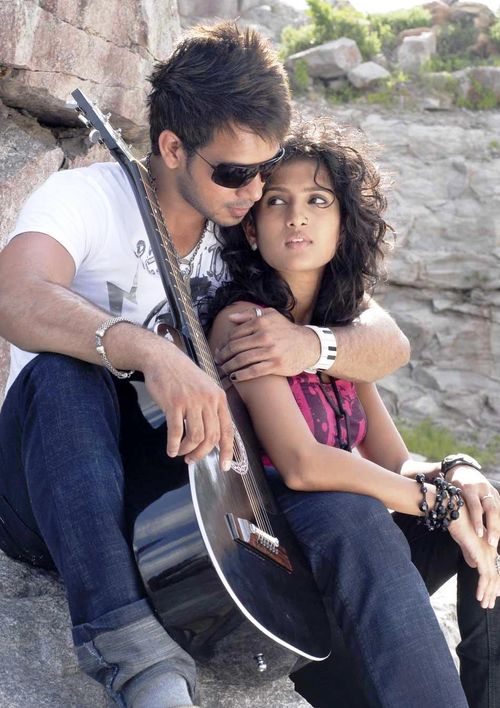 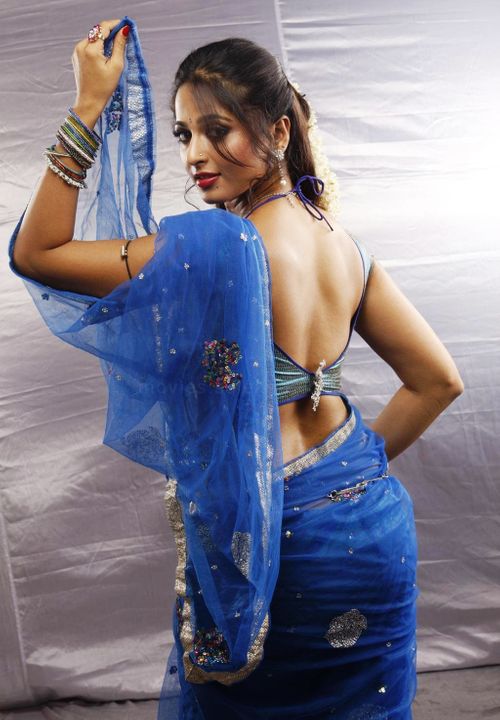