Cancel
This is the third instalment in the Aliens series, which takes off where the second movie ended. Despite the efforts of Ripley and her team, an embryonic alien infiltrates the starship. It accidentally triggers the ship's emergency systems, dropping the escape capsule to the surface of a nearby planet. Ripley finds herself in a prison colony peopled by a religious cult composed of former murderers and rapists. Meanwhile, the alien has managed to grow into a new and deadly form, and is preying upon the weaponless prisoners. Ripley soon discovers, much to her horror, that the real danger is much more personal...

Based on 0 rating
0 user 0 critic
Did you know? One possible idea for the film included a chest-burster coming out of Michael Biehn's character, Hicks. A replica of the actor with his chest torn open was created, but after Biehn discovered this, he threatened to sue the producers for using his likeness without his consent, and the idea was dropped. Later, the producers paid him to use his picture at the beginning of the film for the computer sequence. Apparently he received more money for use of this one image than for his role in Aliens (1986). Read More
0 User Reviews
No reviews available. Click here to add a review.
Cast

Audio/Video Mismatch
After Morse closes the channel door, trapping the alien in the piston chamber, he hollers "I'm going for the lead!" out of sync with his moving lips.

Character Error
When the EEV report is being made at the begmore porninning of the film, Ripley is listed as "LT." - lieutenant. Yet, Ripley's rank was always a warrant officer, a lower rank than lieutenant (the extended inquest of the Director's Cut makes this clear). While it's true that Burke promised her that she'd be reinstated as a flight officer, since they never returned to Earth it is unlikely that this occurred, and certainly not at a higher rank than she was prior to her return to LV-426.

Continuity
In the cafeteria, Ripley's glass of orange juice goes from half full to full.

Continuity
When Aaron calls for Clemens to come and inspect Murphy's body, he says that the accident happened in Vent Shaft 22. However, later on when Andrews is briefing the prisoners on what happened, he states that the incident occurred in Vent Shaft 17.
Trivia:
At one point, David Fincher was denied permission by the film's producers to shoot a crucial scene in the prison understructure between Ripley and the alien. Against orders, Fincher grabbed Sigourney Weaver, a camera and shot the scene anyway. This scene appears in the final cut.

William Gibson wrote a very early script treatment for the film, which was initially intended as a two-part series to be shot back-to-back. As Sigourney Weaver's involvement was in question, the main focus of this script was between Hicks and Bishop, two characters from Aliens (1986). Many consider this to be a much superior script. The only carry-over from this original script, however, is the bar-codes on the back of the convicts' necks.

Cinematographer Alex Thomson replaced Jordan Cronenweth after only two weeks of filming, after he began to suffer the onset of Parkinson's Disease. Though Cronenweth insisted that he was well enough to make it until the end of production, and David Fincher supported him, line producer Ezra Swerdlow forced Cronenweth off the film, largely because he had lost his own father to the same illness several years previously and knew that if anything, the demanding schedule would likely take a fatal toll on Cronenweth's health.

Because of continuing troubles with the film, Fox halted production in Pinewood Studios in England in late 1991. The crew returned to LA, and an initial screening identified the missing parts of the film. A major part yet to be shot included killing of the alien in the lead pool. By the time of the new shots in LA, Sigourney Weaver's hair grew back, and she had an agreement with the producers that if she would have to cut her hair she would be paid a $40,000 bonus. The producers therefore hired Greg Cannom to create a bald cap with very short hair on it. The make-up process cost $16,000 and was very difficult and time-consuming because the hairline required the cap to be placed very precisely on Weaver's head.

$7 million had been spent on sets that were never used thanks to the ever-changing script before filming had even started.

With the release of the definitive Alien Quadrilogy on DVD in 2004, 20th Century Fox proffered David Fincher the proverbial olive branch and asked him to assemble and comment on his own Director's Cut. Fincher declined. He was the only one of the four Alien directors to refuse to have anything to do with the project.

One possible idea for the film included a chest-burster coming out of Michael Biehn's character, Hicks. A replica of the actor with his chest torn open was created, but after Biehn discovered this, he threatened to sue the producers for using his likeness without his consent, and the idea was dropped. Later, the producers paid him to use his picture at the beginning of the film for the computer sequence. Apparently he received more money for use of this one image than for his role in Aliens (1986).

Original Alien (1979) Director Ridley Scott turned down the chance to direct. Scott, and later Renny Harlin both thought the third film should explore the origin of the Xenomorph species. This concept was deemed too expensive by David Giler and Walter Hill, so Scott declined to return and Harlin later quit the film. Scott ultimately got his wish with the movie Prometheus (2012).

Off-duty, Sigourney Weaver had to wear a wig as her then two-year-old daughter Charlotte didn't like to see her mother bald.

Lance Henriksen only agreed to reprise his role as Bishop as a personal favor to Walter Hill. To this day, Henriksen has said he dislikes the film for its nihilistic themes. 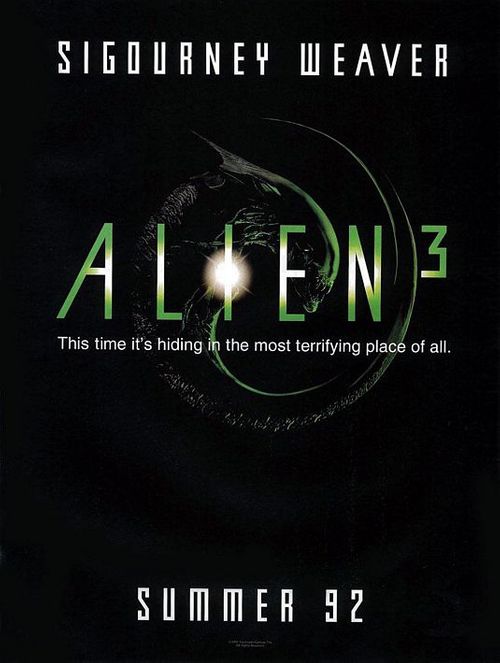 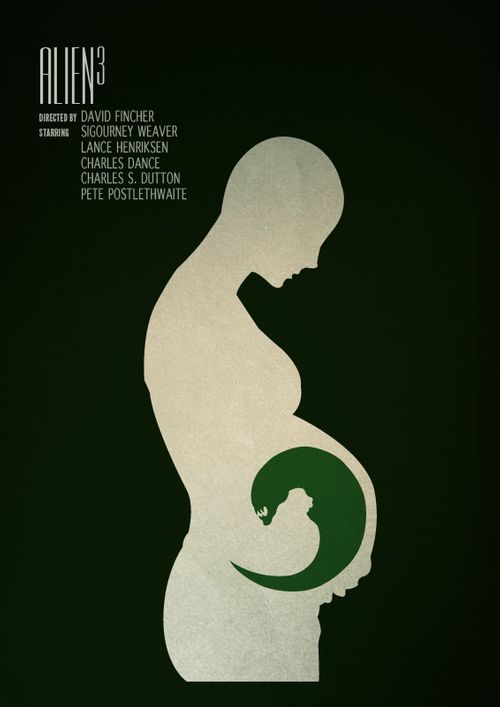 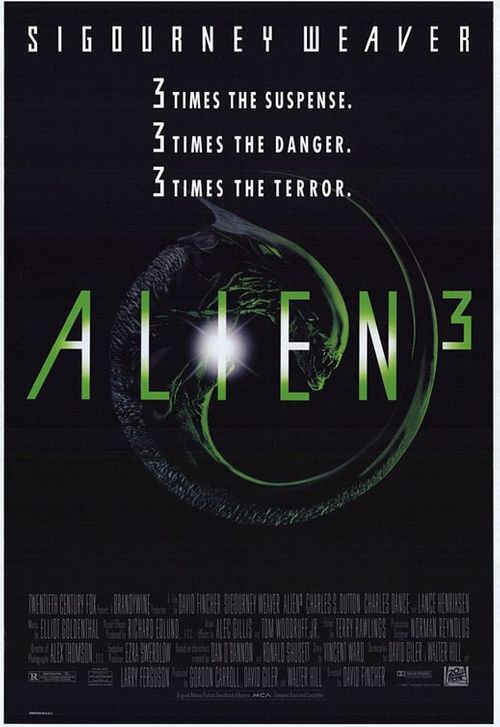 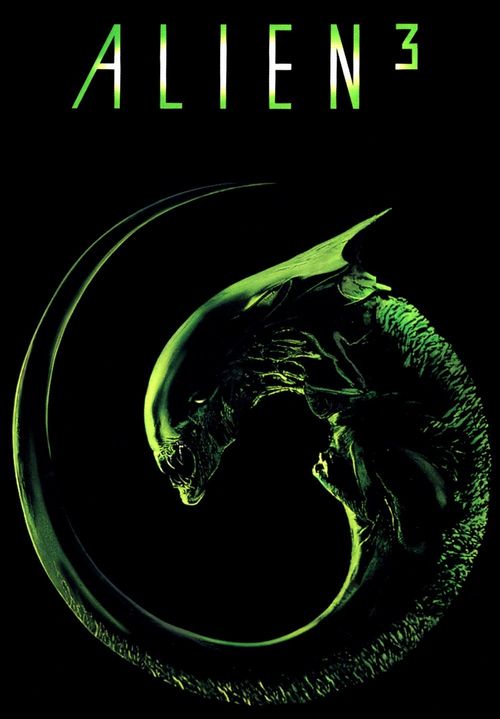 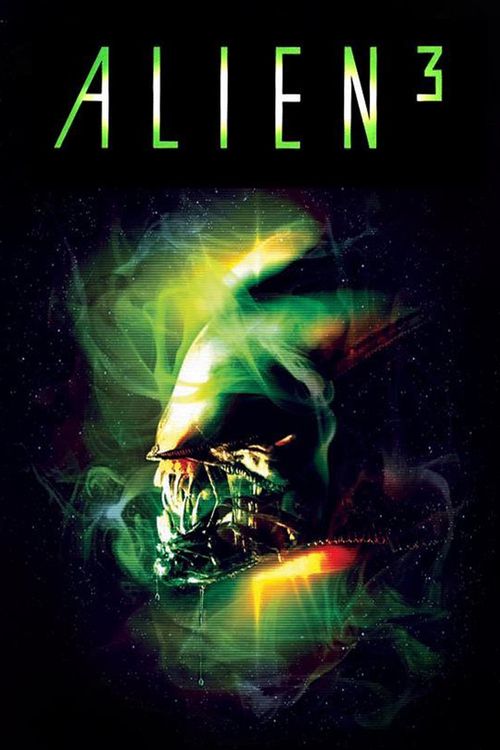 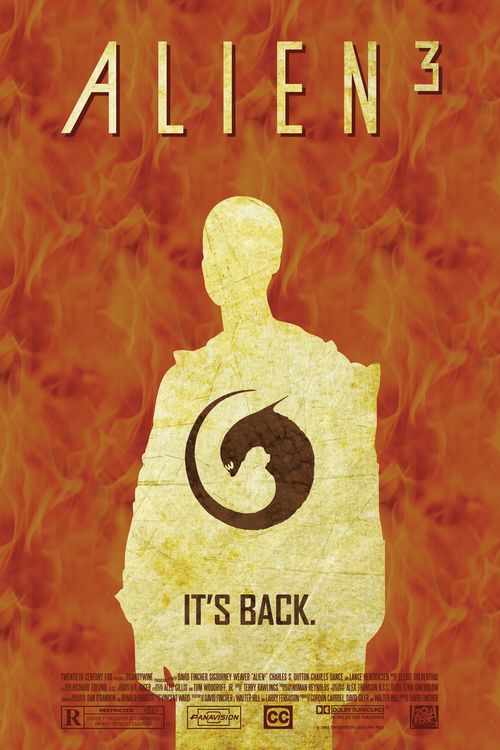