Cancel
While golfing, Malvika Talwar meets with handsome, U.S.-returned Avinash, both fall in love with each other, and shortly thereafter get married. The following year, Malvika gives birth to a boy, and they decide to name him Ansh. Then chaos and devastation enters Malvika's life when Avinash gets killed in an automobile accident. Malvika resigns herself to a life of a widow, her sole motive for living appears to be to look after Ansh. She is shocked when her in-laws, Balraj, and Shobhana, ask her to re-marry. Will Malvika be able to remove Avinash from her heart and mind and marry someone else?
See Storyline (May Contain Spoilers)

Balraj Kapoor (Amitabh Bachchan) is a rich businessman, happy and content with his world. He and his wife Shobhna (Hema Malini) live happily together and they wait for their only son Avinash a.k.a. 'Avi' (Salman Khan) to return from his studies in the United States. After an absence of 7 years, Avinash comes back to India. He reunites with his parents at the airport and races home. Back home, Avi joins his father's business.

One day, they decide to go golfing and Balraj accidentally hits the ball which ruins a painting. The young woman painting the picture, Malvika a.k.a. 'Millie' (Rani Mukerji) gets furious with Balraj and leaves. Later on, Avi runs into Millie on the golf course, and they start to talk. Millie tells him that a stupid old man ruined her painting and points out that it was Balraj; but she doesn't know that the 'old man' is Avi's father and he doesn't tell her. They start to hang out together while slowly falling in love with each other.

When Millie comes home, she is visited by her childhood friend Rajat (John Abraham). She tells him that she loves someone, which devastates him because he is also in love with her. One day, Millie goes to Avi's office to drop off a painting and finds out that Balraj is Avi's father. When Avi shows up, she leaves the office crying. He chases after her and says that the only reason he lied to her was because he loves her. She doesn't accept his apology right then, but when Balraj apologizes to her for ruining her painting, she forgives them both.

Avi asks Millie to get dressed up for a party at his house. When she arrives, there is no one except Avi. He proposes to her and she accepts. The whole family visits Millie's house to discuss marriage and everyone agrees, except Rajat. He tells Avi that he'll let him marry her if only he promises to always keep her happy and never let her get sad. Avi and Millie get married and soon they're expecting a child. Time goes on, Millie's water breaks while in yoga class and Avi and she flee to the hospital where they are blessed with a healthy baby boy.

Their child Ansh grows up to be a sweet and intelligent boy. The family throws a birthday bash for Ansh and wait for Avi who is in a meeting. But Avi never arrives home. He is involved in an accident and dies. Millie is devastated.

Balraj seeks to bring happiness back into Millie's life and gets into contact with Rajat. He learns that Rajat still loves Millie. Balraj asks Rajat to marry Millie. However, there is stiff opposition from Shobhna and Balraj's conservative older brother Balwant (Om Puri). Shobhna fears losing her grandson Ansh, while Balwant thinks a widow's remarriage is a sin.

However, Balraj stands firm and convinces everyone. In the end, Rajat and Millie get married, and everything is well. Avinash comes in as a spirit and blesses his dad with happiness.

Based on 0 rating
0 user 0 critic
Did you know? Salman Khan and John Abrahamm had a spat during an international dance tour during the making of the film, which affected the shooting schedule. Read More
0 User Reviews
No reviews available. Click here to add a review.
Cast

Hema Malini
as Shobhna B. Kapoor

Kajol was offered the lead role but turned it down. She was replaced by Rani Mukherji.

Salman Khan and John Abrahamm had a spat during an international dance tour during the making of the film, which affected the shooting schedule. 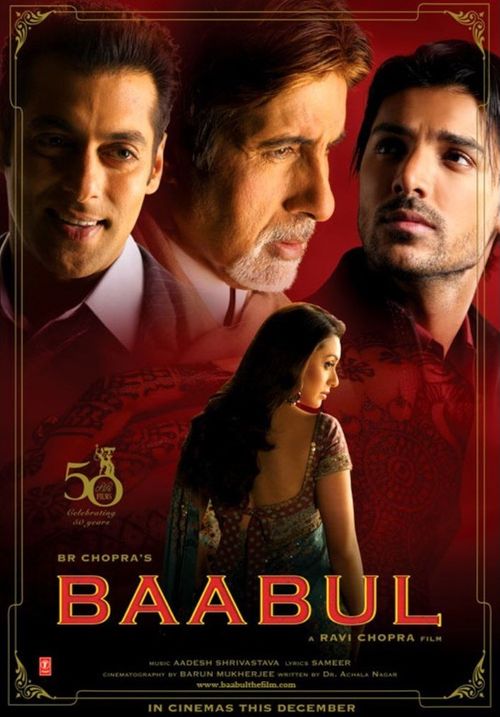 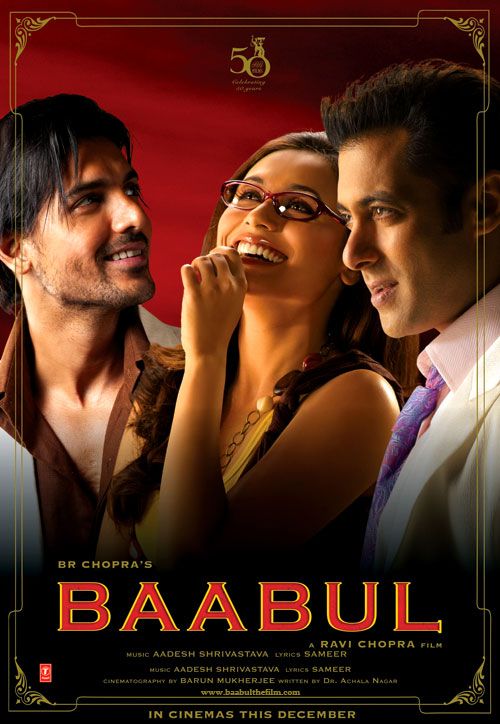 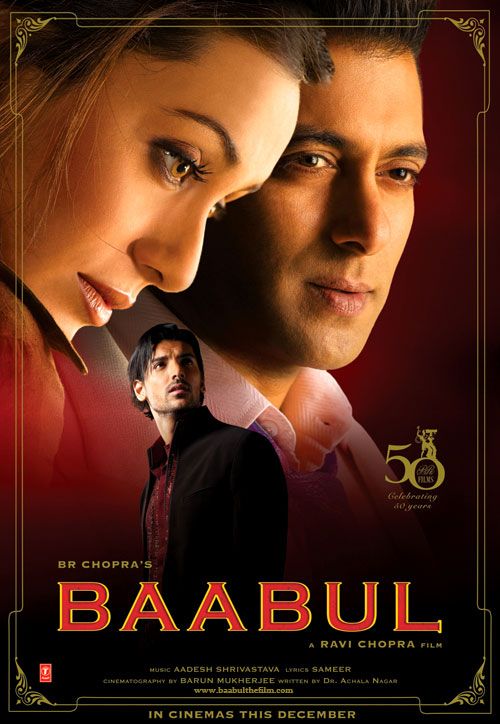 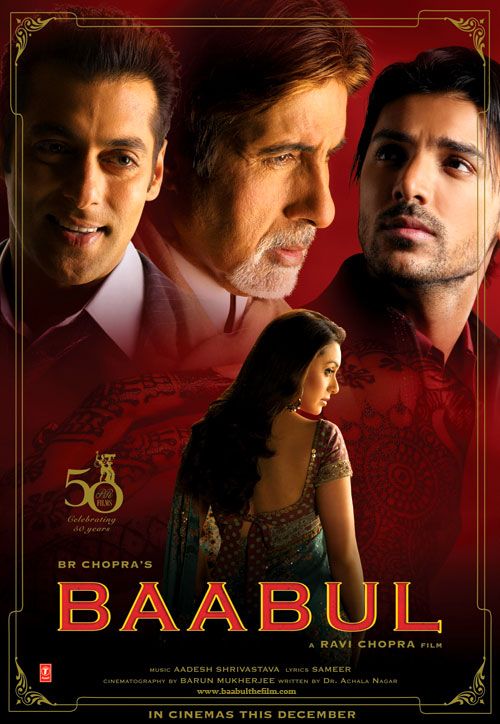 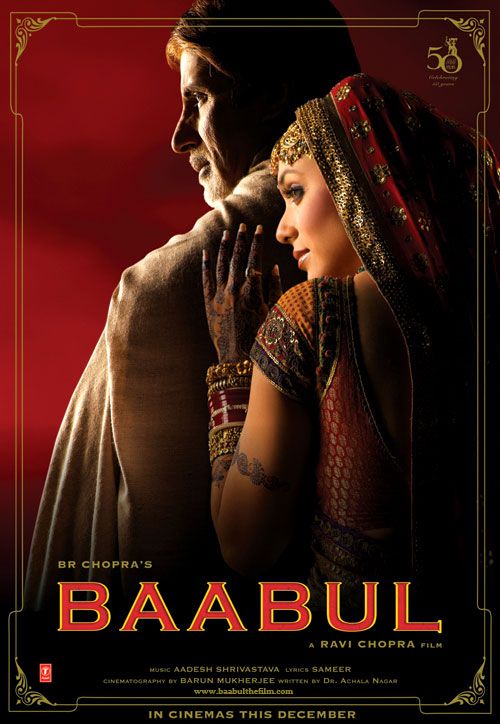 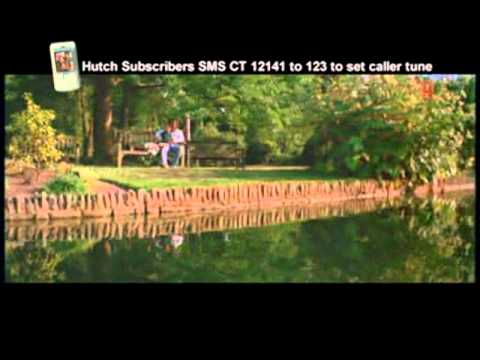 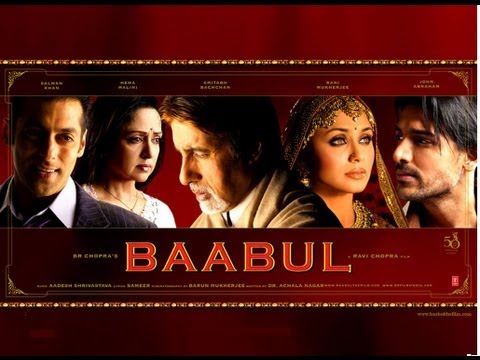