Cancel
In 'Baghban', Raj Malhotra (Amitabh Bachchan) and wife Pooja (Hema Malini) have four sons. The sons have settled down professionally and are quite independent. However, when Raj Malhotra retires, none of his children want to be burdened with the responsibility of taking care of their parents. Strangely, it is the adopted son Alok (Salman Khan) who proves to be the most kind hearted of them all. Their own sons, whose every need and whim they fulfilled, often with little regard to their own future, end up treating them with disdain. The loving couple is made to feel like they are burden to their sons, isolated and separated from each other, to the extent that they decide to leave altogether. What does the future have in store for the penniless and heartbroken couple? Will Raj and Pooja's sons learn the folly of their ways and turn over a new leaf?
See Storyline (May Contain Spoilers)

This touching family-oriented saga tells the story of Raj Malhotra (Amitabh Bachchan), his wife Pooja (Hema Malini) and their four sons Ajay (Aman Verma), Sanjay (Samir Soni), Rohit (Saahil Chadda), and Karan (Nasir Kazi). Raj and Pooja have provided their children with everything they wanted, often at the cost of Raj's and Pooja's own requirements.

The Malhotras also have an adopted son Alok (Salman Khan), who is in love with Arpita (Mahima Chaudhry) (both in special appearances). Alok was an orphan and Raj had provided him with money and education, bringing him up as his own son. Now a successful man, Alok worships Raj because of all his help and thinks him as his own father which he never had.

Raj has a flourishing job but, once he retires, he is no longer able to support himself and has to vacate the house he and Pooja have shared for years. They decide to live with their kids to get their love and affection. However, their kids do not want them, as they think looking after their parents will be a hassle.

The children decide to split the parents up, each parent going to live with one of the sons for the next 6 months. The children think the parents will refuse the offer and therefore, they will remain in their home. However, the parents reluctantly accept the offer.

This bittersweet tale shows how the aged parents endure this separation as well as horrible treatment from their children after all they have sacrificed for them during their lifetime. Saddened by the treatment he has received from his children and their families, Raj writes down all his feelings regarding how he fulfilled all his children's dreams and in return how they treat him, as well as his love for his wife, and how much pain their separation has caused, his writing eventually becoming a novel.

To pass time in the lonesome and angry house he temporarily lives in, he makes friends that admire him and regard him more than Raj's own sons. While changing their trains after 6 months, Raj and Pooja spend some time together in Mumbai, when they suddenly meet Alok, who takes them to his home and gives them the importance and care which their real sons did not give them. Raj then finds out that his writing has become a published book named Baghban.

This book becomes a big hit, selling the first copies immediately. Raj, as a result, gains the money he needs to support himself and Pooja in their old age. It is now that their four sons come back to their parents, asking for their forgiveness.

However, they hold an ulterior motive: to get a hold of their parents' money. Raj is honored for his work, and the four sons attend with their wives. When they ask Raj to forgive them, he refuses and instead disowns them. Not even Pooja will forgive her children for the pain they have put them through.

Raj stays with Pooja in their home, near Alok and Arpita, and enjoy the company of their grandchildren, Rahul and Payal, while disowning their sons and daughters-in-law..

Tagline: Can you depend on your family?

Based on 0 rating
0 user 0 critic
Did you know? Amitabh Bachchan sang four of the film's songs himself. Read More
0 User Reviews
No reviews available. Click here to add a review.
Cast

Factual Mistake
Raj, who is finding it very heavy to carry his luggage when he enters his second son's house, carries the luggage with two hands. However, when he enters the house, he only carries it with one and then his grandson takes him to his bedroom but Raj has no problems carrying it with one hand.

Factual Mistake
Raj asks Pooja about her ice-cream and Pooja reveals she is having chocolate ice-cream. However, seconds later it shows she is having vanilla.
Trivia:
The film is a remake of the Hollywood movie Make Way for Tomorrow (1937).

Amitabh Bachchan sang four of the film's songs himself.

When the film was first conceptualized, B.R.Chopra''s first choices for the roles of Raj and Pooja Malhotra were Dilip Kumar and Rakhee Gulzar. Unfortunately the film had to be shelved for thirty years.

B.R. Chopra came up with the idea for the film thirty years before its release, while at Copenhagen, Denmark. He came across a retirement home, where he met a woman who sorrowfully told him how her own children left her there and hadn't even paid a visit to her since. 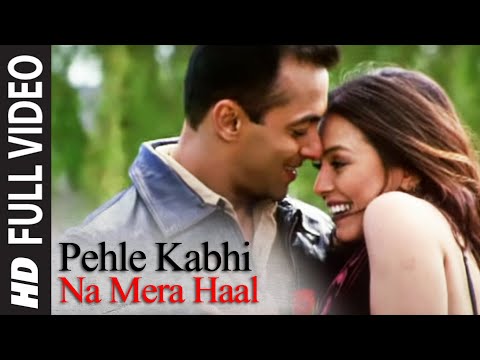 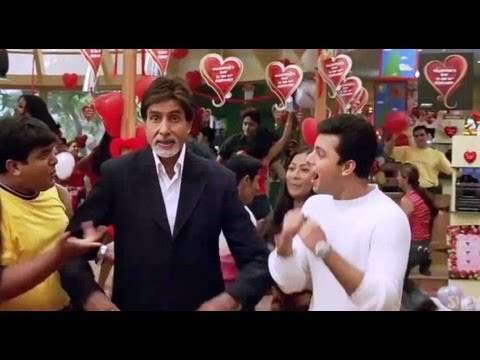 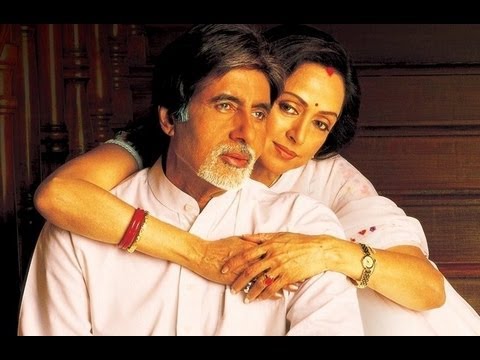 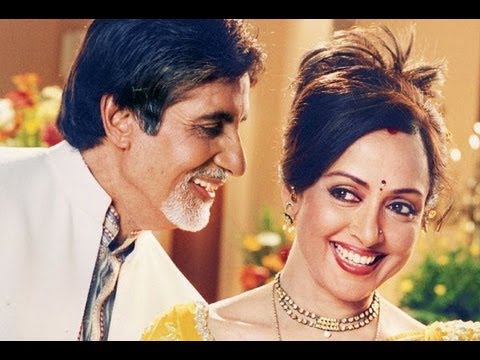 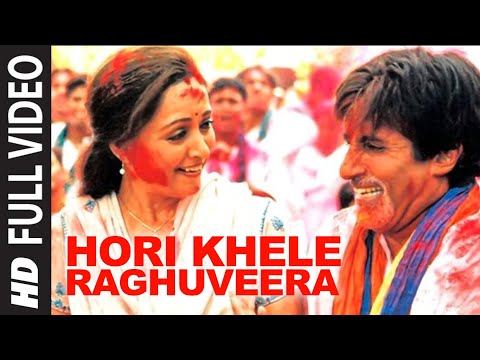 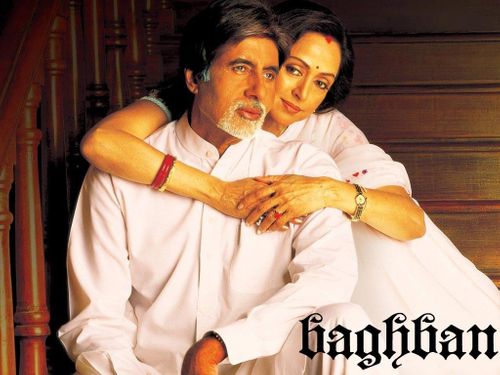