Cancel
This radical coming-of-age drama follows five boys and a girl from different families with different social backgrounds and upbringing. They are youthful, vibrant, careless, and don't hesitate to violate all conventions and norms till reality strikes them and they are left to fend for themselves. In the process of experiencing the downfalls of youth, will they discover their hidden talents and emerge as successes?
See Storyline (May Contain Spoilers)

Munna (Siddharth Narayan), Babu Kalyanam aka Bob Galy (Bharath), Juju (Nakul), Krishna (Thaman) and Kumar (Manikandan) are close schoolfriends. They come from different backgrounds — Munna from a middle-class family, Bob Galy from a Telugu-speaking family, Juju from an academic-achieving family, Krishna from a rich family and Kumar from a poor family. But all of them have common interests — spending their time smoking, downing alcohol, ogling girls, watching pornography and complaining about their parents.

Much to the chagrin of their parents, they have no interest in studies. They even go as far as hiring a prostitute to have sex with while Munna's parents are out of station (Bhuvaneswari), but all of them back down at the last moment. They meet a depressed middle-age man, Mangalam (Vivek) in a bar one day and help him home after he passes out. Although they first use him as a source to get alcohol, Mangalam enjoys their company and becomes a mentor of sorts for the boys.

One day, the boys see a teenage girl, Harini (Genelia D'Souza), who is a medical college student, and all of them decide to ask her out. Everyone’s try ends in disaster, but they eventually become friends with her. However, Munna is still in love with Harini and cannot forget her. He conveys his feelings to her while on a day-out in a resort, but she rejects him.

Later, Harini's friend tells Munna that Harini would accept him only if he streaks on Mount Road, which was not true. But he believes her, does it and gets arrested. When Harini finds out what Munna had done, she bails him out on jail and accepts his love.

Eventually, Munna's and Harini's parents find out about their relationship and are furious, as they want them to focus on their studies. Harini's father, who is a powerful Indian Revenue Service officer, holds a meeting involving Munna, his friends, Mangalam and Harini's friends at his house; both sets of parents decide that Munna and Harini will not contact each other till their studies are over.

After that, if they are still in love, the parents will not stand in their way. Although the kids agree to this, they continue to long for each other. Meanwhile, Harini's mother, determined to end her daughter's relationship with Munna, arranges a wedding alliance between Harini and her younger brother, who lives in the USA, despite Harini's protests. Harini and Munna eventually run away from their homes and go to Tirupati, where they get married.

On hearing the news, Munna and Harini are disowned by their parents. Munna's friends walk out of their homes too, in a show of solidarity for Munna and Harini. Mangalam helps the teenagers find a modest residence and they take up part-time jobs to support themselves, including their education. This does not prove successful, so Mangalam encourages them to explore their natural musical talents.

The teenagers form a band named "Boys", making modern versions of popular Tamil devotional songs, and eventually gain recognition. Soon, they are approached by a Naxalite group to make songs against the government. They do it for the money and soon get arrested under POTA. They are subsequently expelled from their colleges.

After they are released from prison, the teenagers show more resolve to succeed. After a few unsuccessful attempts, they are finally signed by Sony Music and record their first album. While celebrating their success, a drunk Krishna accidentally tells Harini about their earlier encounter with the prostitute.

Harini, who is deeply hurt at this revelation leaves Munna and returns to her parents, despite his insistence that they did not meet before the encounter and that he did not have sex with the prostitute. As the prostitute is the only one who can prove that Munna did not have sex with her, the friends begin searching for her. Kumar spots her on a moving bus and tries to get on it.

In the process he falls under the wheels of the bus and dies. Munna decides that his words were more than enough proof for Harini and accepts her decision. Meanwhile, Harini agrees to marry her maternal uncle.

The gang's album soon releases and becomes a huge hit. But without Harini, the lead female vocal, the record labels are unwilling to sign them. When the boys request Harini’s presence for a live show on MTV, her parents accept, but on the condition that Munna sign the divorce papers. Munna agrees, realising that their career is more important than their love. The group has a very successful live debut. They dedicate their first live success in memory of Kumar.

On the day of the divorce hearings, Mangalam, now the pop group’s manager, fields many calls to replace Harini with another girl. When she looks at the pictures of all the pretty girls vying to be the group’s new lead female vocal, a bout of jealousy strikes her. She gets angry and starts hitting Munna. As they fight, they share a kiss. The judge (Solomon Pappaiah) sees this as a sign that she still cares for him and does not agree to the divorce. It is implied that Munna and Harini get back together.

Based on 0 rating
0 user 0 critic
Did you know? Auditions were held in 2002, with over 500 applicants being video tested to choose five debutants to play the lead characters. Read More
0 User Reviews
No reviews available. Click here to add a review.
Cast

Sabu Cyril created a set on the Chennai seashore with a seaside swimming pool, restaurant, water volleyball, and a discotheque for the song 'Dating'.

The computer graphic effects for this movie were created by Mark Kobe who had been a part of the teams of 'Godzilla' and 'Independence Day' and also created a 3D woman to feature in the song 'Girlfriend'.

Auditions were held in 2002, with over 500 applicants being video tested to choose five debutants to play the lead characters.

The Telugu version of the film ran for over 300 days in Hyderabad, Telangana. 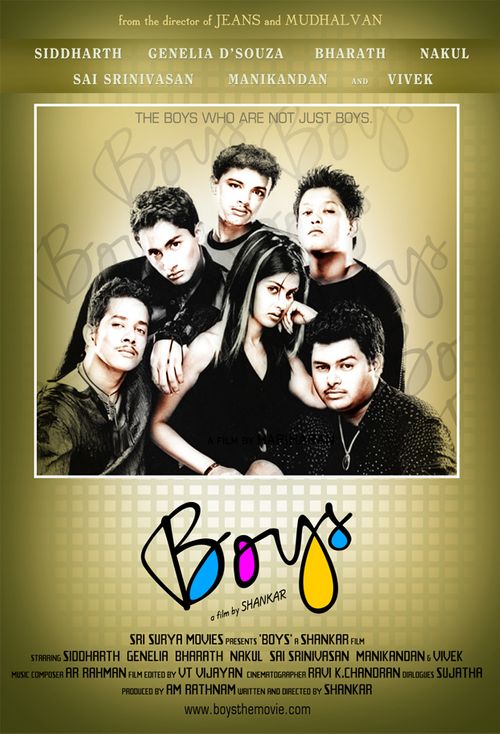 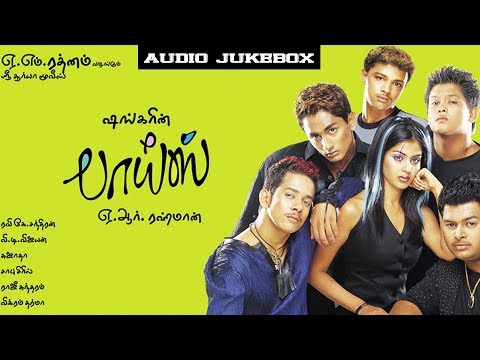