Cancel
The shy, lonely and outcast teenager Andrew Detmer is bullied and has no friends at high-school and lives with his abusive and alcoholic father Richard Detmer and his terminally ill mother Karen. Andrew buys a camera to film his everyday life. His cousin Matt Garetty drives him to school and invites Andrew to go to a party at night. They meet their schoolmate Steve Montgomery in the party and they overhear a noise and find a hole in a field. They decide to explore the underground and they acquire powers. Soon the trio learns how to control their telekinetic abilities and Andrew becomes the most powerful. But he easily loses his temper and becomes dangerous while Matt tries to control him. When his mother needs a medicine and Andrew does not have enough money to buy it, his darker side overcomes and he becomes a menace.
See Storyline (May Contain Spoilers)

Andrew's cousin Matt (Alex Russell) invites him to a rave to help him meet people, but Andrew's filming angers an attendee and Andrew leaves the rave, despondent. Approached outside by Steve Washington (Michael B. Jordan), the school's popular star quarterback and future politician, Andrew is persuaded to join him and Matt and record something strange the pair of them have found in the woods nearby: a hole in the ground that emits a loud and strange noise. The three enter the hole and discover a large, blue, glowing, crystalline object. As Andrew films, the object turns red and the group is stricken by nosebleeds and pain. The camera cuts out. Weeks later Andrew records himself, Matt, and Steve as they display telekinetic abilities; able to move objects with their minds, but suffering nosebleeds when they overexert themselves. They return to the hole, but find that it has collapsed and that the sheriff's department are sealing off the area for safety.

As their abilities continue to grow more powerful, Matt theorizes that their abilities function like a muscle, becoming stronger with use. The three boys develop a close friendship and begin employing their abilities to play pranks. However, after Andrew pushes a rude motorist off the road and into a river, Matt insists that they restrict the use of their powers, particularly against living creatures. The three later discover that they can use their powers to fly and revel in the experience. They agree to fly around the world together after graduation, with Andrew expressing an interest in visiting Tibet because of its peaceful nature.

Steve encourages Andrew to enter the school talent show to gain popularity. Andrew amazes his fellow students by disguising his powers as an impressive display of magic tricks, juggling, and tightrope walking. That night, Andrew, Matt and Steve celebrate at a house party, where Andrew is the center of attention. After drinking with his classmate Monica (Anna Wood), Andrew and her go upstairs to have sex but Andrew vomits on Monica, disgusting her and humiliating himself.

Andrew becomes increasingly withdrawn and hostile, culminating when his father attacks him and Andrew uses his ability to overpower him. His outburst inflicts nosebleeds and pain on Steve and Matt. Steve is drawn to Andrew, who is floating in the middle of a storm. Steve tries to console him, but Andrew grows increasingly angry until Steve is suddenly struck by lightning and killed. At Steve's funeral, Matt confronts Andrew about the suspicious circumstances of Steve's death. Andrew denies knowledge or responsibility to Matt, but he privately begs forgiveness at Steve's grave.

Andrew grows distant from Matt and again finds himself alone and unpopular at school. After being bullied, he uses his power to tear several teeth from the bully's mouth. Andrew begins to identify himself as an apex predator, rationalizing that he should not feel guilt for using his power to hurt those weaker than himself. When his mother's condition deteriorates, Andrew uses his powers to steal money for her medicine. After mugging some local thugs, he robs a gas station where he inadvertently causes an explosion that puts him in the hospital and under police investigation. At his bedside, his upset father informs the unconscious Andrew that his mother has died, and he angrily blames Andrew for her death. As his father is about to strike him, Andrew awakens to stop his father's punch and blows out the outer wall of the hospital room.

Matt, while attending a family birthday party with his girlfriend, Casey (Ashley Hinshaw), suddenly experiences a nosebleed and senses Andrew is in trouble. He sees a television news report about the explosion at the hospital and knows it involved Andrew. Matt and Casey travel to the hospital and finds Andrew floating outside the building. Andrew drops his father, who is saved by Matt, and proceeds to wreak havoc with his powers. Matt confronts Andrew at the Space Needle and tries to reason with him, but Andrew grows increasingly hostile and irrational at any attempt to tell him what to do. Andrew attacks Matt and the pair fight across the city, crashing through buildings and hurling vehicles. Andrew, injured and enraged, begins using his power to destroy the buildings around him, threatening many other lives. Unable to get through to Andrew, Matt tears a spear from a nearby statue and impales Andrew, killing him. The police surround Matt, but he flies away.

Some time later, Matt lands in Tibet with Andrews camera. Speaking to the camera while addressing Andrew, Matt vows to use his powers for good and to find out what happened to them in the hole. Matt positions the camera to view a Tibetan monastery in the distance and says "You made it" before flying away, leaving the camera behind to continue recording the tranquil scene.

Tagline: What are you capable of?

Based on 0 rating
0 user 0 critic
Did you know? The filmmakers originally intended to have Andrew splay and tear apart his father's limbs exactly like the spider's, but the scene was removed to preserve a PG-13 rating, and to showcase Matt's pacifistic nature. Read More
0 User Reviews
No reviews available. Click here to add a review.
Cast

Continuity
Matt Garetty is at a birthday party in Casey's house when he suffers a nose bleed. Blood drips down his shirt, however the next time we see Matt the blood has vanished.

Continuity
During the fight between Andrew and his bullies (while he is wearing the firefighting suit) he throws one man to the furthest point of the street. He then jumps up into the air, and the camera follows. When Andrew hits the ground again, the man has disappeared.

Errors in Geography
The movie is set in Seattle but after the guys talk about the new camera, an Opel dealership is visible through the car window. Opel cars are not sold in the USA.

Errors in Geography
Fifth Avenue, which travels southbound from the Space Needle, has the monorail above it, at the time, Seattle's only elevated train, which is not shown as Matt and his girlfriend are inside the car being manipulated by Andrew.

Revealing Mistakes
When Matt is driving towards the hospital bombing at the end, a fire truck is seen, which looks nothing like Seattle Fire Department trucks nor American fire trucks.

Revealing Mistakes
When the boys are playing with Lego in Matt's room, Matt clicks his iPod to play music, but he obviously does not click the play button even though the music begins to play.

Revealing Mistakes
When Steve uses his powers to move the red BMW from one parking spot to another, the vehicle is clearly being held up by a crane as shown by the elevation of the wheel well on the front wheel.

Revealing Mistakes
When the guys are in the car heading back to the hole discussing radiation effects there's a shot over the dashboard showing the car being driven but the shifter is in Park.

Continuity
When Andrew is in the hospital, his dad walks to the window. After a jump cut he is walking towards the bed and Andrew is in a different position and the blankets are no longer messed up.

Errors in Geography
When Matt and Andrew are battling it out in the Seattle night scene, as a helicopter flies overhead the radio calls out from an officer that he is "Eastbound on Yesler," which, when heading eastbound on Yesler Avenue it takes you away from downtown and away from the Space Needle - in other words, away from where the action was occurring.

Revealing Mistakes
In the last scene when Matt is in Tibet, no breath is visible when he speaks. This is obvious because his breath would be hot, and he's in the snowy mountainside.
Trivia:
The director made Dane DeHaan, Michael B. Jordan, and Alex Russell live in a house together for 15 days in order to create a genuine bond between the three.

The film has no original score, only using sources such as radio and iPods to generate music.

The pink haired girl played by Anna Wood whom Andrew was making out with is actually the real life girlfriend of Dane DeHaan (Andrew) They married in 2012.

The song This Bright Flash, by M83 that plays during the end credits features only one line of lyrics: "I killed all the rainbows and the species."

The filmmakers originally intended to have Andrew splay and tear apart his father's limbs exactly like the spider's, but the scene was removed to preserve a PG-13 rating, and to showcase Matt's pacifistic nature.

At the beginning of the film, where the main character is filming into his bedroom, to the left of the mirror is a drawing which gives away the ending of the film.

When Andrew is throwing Matt a bus at the end of the film you could hear the horn of bus. 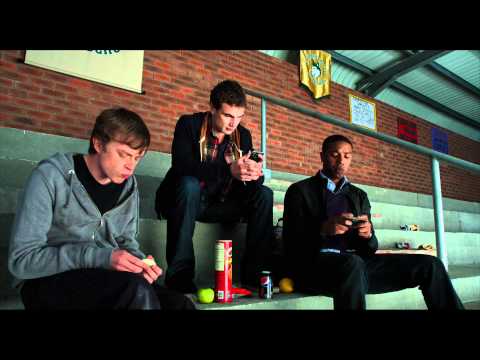 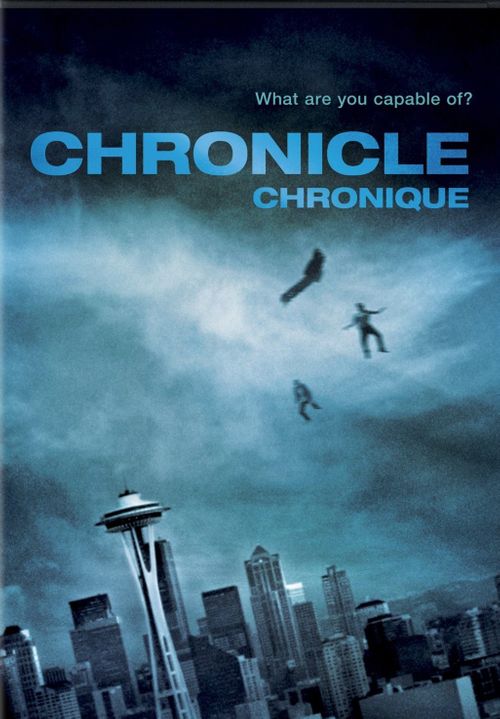 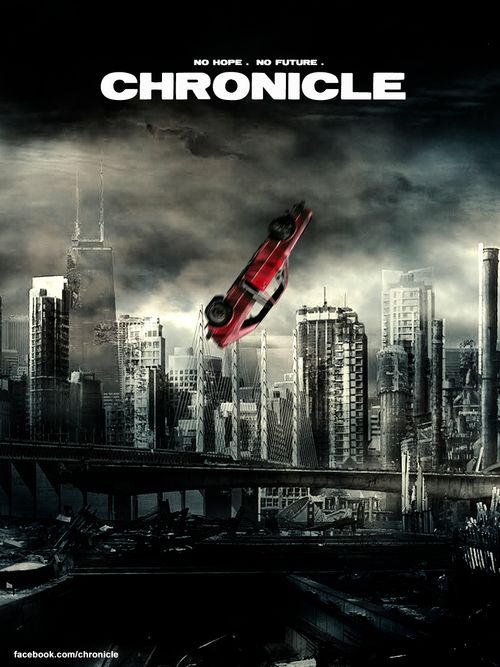 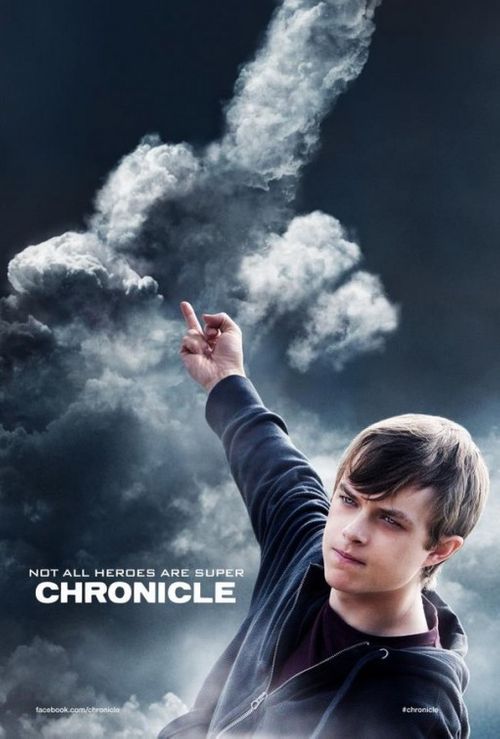 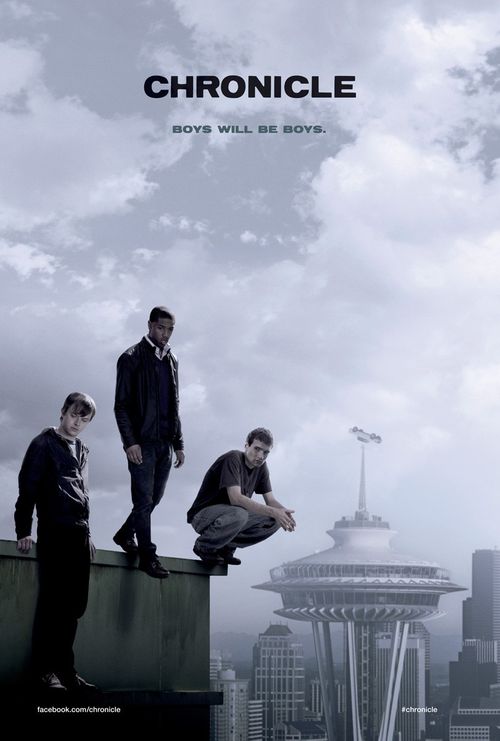 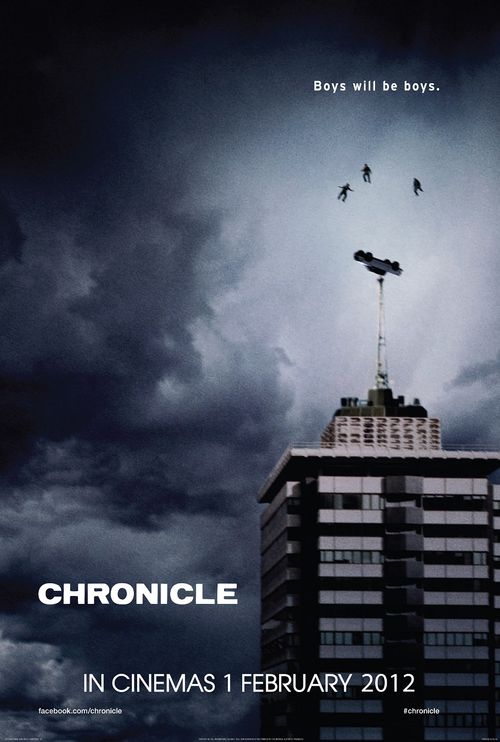 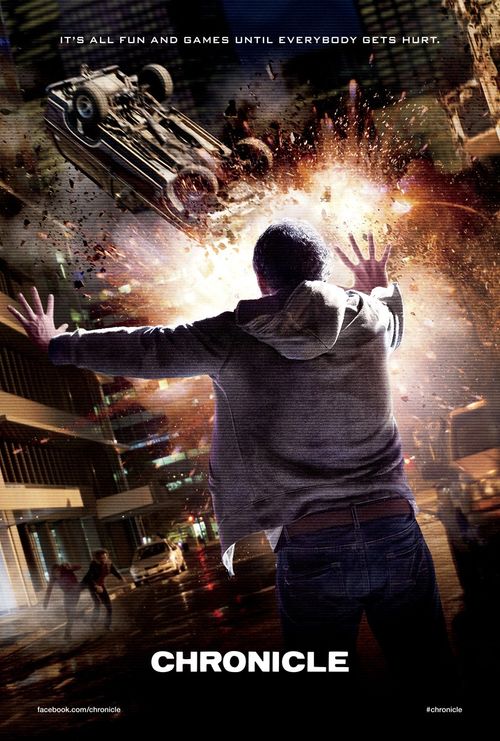 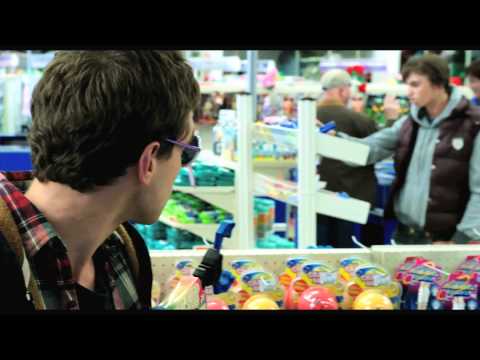 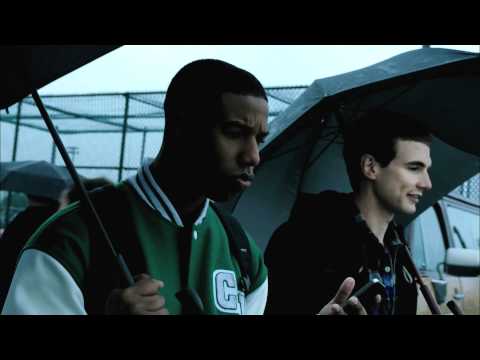