Cancel
Embedded with fierce action and intense emotion, this romantic drama traces the twists and turns in the life of Shuvo (Dev), who works as a collection agent of ICICI in Kolkata and leads a happy life along with his friends and his father Dibakar Burman (Mithun Chakraborty) who wishes to see Shuvo married to a girl soon. At a critical juncture, when Shuvo's friend attempts suicide and is admitted into the ICU for hospital, he comes to know that love failure is the reason. After learning that his friend was betrayed and cheated by Maria (Koel Mallick) and her uncle (Kharaj Mukherjee), who have a habit of cheating gullible young men including his friend, Shuvo decides to teach them a lesson. Will he succeed in his mission? How will the tumultuous relationship between Maria and Shuvo pan out?
See Storyline (May Contain Spoilers)

This upbeat tale follows the twists and turns in the life of Shuvo (Dev), who works as a collection agent of ICICI in Kolkata and leads a happy life along with his friends and his father Dibakar Burman (Mithun Chakraborty) who wishes to see Shuvo married to a girl soon.

Once Shuvo rushes to a Hospital where his friend is admitted as he tried to commit suicide by drinking nail polish solution and asks the reason for it. Then he describes about the traits of Maria (Koel Mallick) and her uncle (Kharaj Mukherjee). The duo have a habit of cheating gullible young men including his friend and Shuvo decides to teach them a lesson.

Shuvo enters their life as a gullible youngster and starts torturing them. Maria's uncle's plans and attempts always go in vain before him. As a part of their cunning plans, Maria's uncle advises Maria to ask Shuvo to marry her.

As fate would have it, Shuvo also comes with a marriage proposal to Maria. Then the pair approach Dibakar and tell him that Shuvo is in love with Maria and that he proposed to her. They assume that this would enrage him but the result is negative as Dibakar accepts the proposal heartily. However, Maria was already engaged to Rohit (Surajit Sen) by her father sometime in the past.

After a few days, Shuvo saves Shruti from some goons and after doing so advises her not to play with people's feelings in future. Maria finds herself falling in love with Shuvo and informs Shuvo's father, Dibakar Burman.

Dibakar Burman leaves the final decision to Maria's father who in turn guarantees that they would not face any problem in the future from Shuvo. On the other hand Rohit's mother warns Maria's father that she would torture her after her marriage. Listening to both, Maria's father fixes Maria's marriage with Shuvo. Rohit's mother gets humiliated by this and calls her brother Bhavani Pathak (Bharat Kaul).

Bhavani who arrives at the wedding venue with his hench men recognise that Shuvo-Dibakar are his biggest enemies Raj-Kaka. While Shuvo is fighting with the goons, Bhavani stabs Dibakar and flees away to Tollygunge with Maria. After admitting Dibakar into the hospital, Shuvo starts narrating his past.

In the past in Tollygunge when Bhavani tries to destroy the empire of Kaka, a dreaded don those days, he takes the help of Raj and makes him his partner in crime. Raj, with his aggressiveness and cleverness, starts destroying the empire of Kaka. Meanwhile, without knowing the fact that she was Kaka's daughter, he falls in love with Dr. Nandini (Sayantika Banerjee) who reciprocates his love.

Knowing this, Bhavani's elder son Shakti tries to injure Anjali by throwing acid on her, only to be killed by Kaka. Then she comes to know that Raj is a criminal and her father's enemy. She pleads both Raj and her father to leave rowdyism, in which Raj turns successful. After his younger brother Rudra (Sumit Ganguly) advice, Bhavani tells to Kaka that Raj and Nandini are eloping. While Raj is involved in a feud with Kaka, Rudra shoots Nandini fatally after which Raj kills Rudra. Later Raj and Kaka fulfill her last wish by leaving rowdyism and living a normal life and later they came to leave in Kolkata

Meanwhile Maria's father rushes to the hospital and tells to Raj that Maria is being married to Rohit forcibly. Raj reaches the spot, acts as if though Rudra's soul is in his body and it wants to kill Raj and Kaka. With the help of Maria, Nandini's father and Dr. Konok Chapa and his friends, Ravi manages to kidnap Rohit. Bhavani along with Maria and Kaka along with Rohit reach the agreed spot. Raj reveals his real identity, defeats Bhavani and marries Maria in the end.

'Herogiri' is a testosterone-laden melodrama with the usual mix of action, high-strung emotions, some slapstick humour and songs shot in exotic foreign locations
Madhushree Ghosh, The Times of India
0 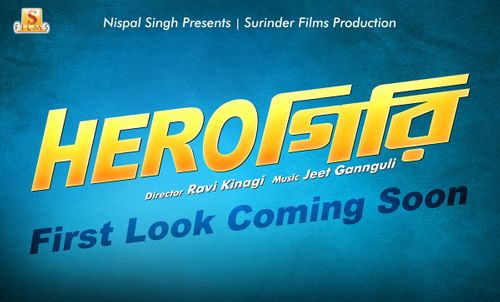 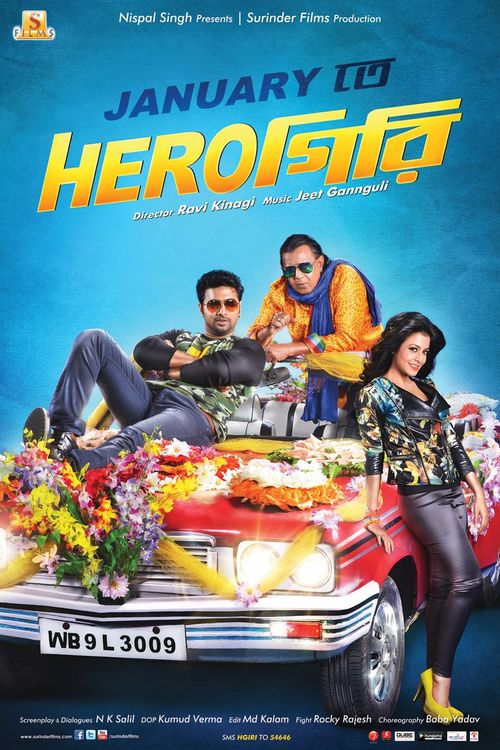 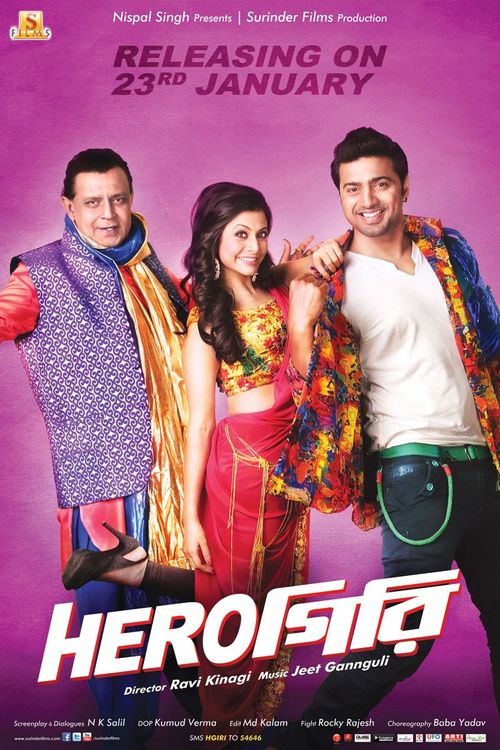 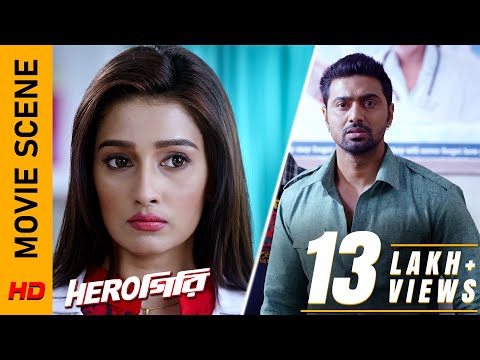 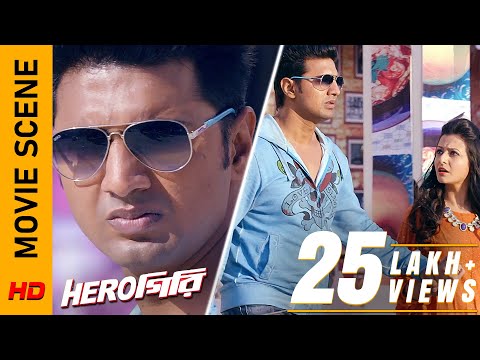