Cancel
A young man's father pressurises him to get married. He comes to know of a con artist, who habitually cheats gullible bachelors and decides to teach her a lesson, but ends up falling in love with her. Even as they decide to get married, the young man's troubled past comes back to haunt him.
See Storyline (May Contain Spoilers)

Youthful and upbeat, this offbeat romantic drama revolves around Ravi (Ravi Teja), who works as a collection agent of ICICI in Bangalore and leads a happy life along with his friends. His father Mohan Rao (Prakash Raj) wishes to see Ravi married to a girl soon.

Once Ravi rushes to a Hospital where his friend ('Satyam' Rajesh) is admitted as he tried to commit suicide by drinking nail polish solution and asks the reason for it. Then he describes about the traits of Shruti (Shruti Haasan) and her uncle Crazy Mohan (Brahmanandam). The duo have a habit of cheating gullible young men including his friend and Ravi decides to teach them a lesson.

Ravi enters their life as a gullible youngster and starts torturing them. Crazy Mohan's plans and attempts always go in vain before him. As a part of their cunning plans, Crazy Mohan advises Shruti to ask Ravi to marry her. As fate would have it, Ravi also comes with a marriage proposal to Shruti. Then the pair approach Mohan Rao and tell him that Ravi is in love with Shruti and that he proposed to her.

They assume that this would enrage him but the result is negative as Mohan Rao accepts the proposal heartily. Meanwhile unknown to Shruti, she is engaged to Rohit (Adivi Sesh) by her father (Nassar) sometime in the past. Ravi one days saves Shruti from some goons and after doing so advises her not to play with people's feelings in future. Shruti finds herself falling in love with Ravi and informs Ravi's father Mohan Rao.

Mohan Rao leaves the final decision to Shruti's father who in turn guarantees that they would not face any problem in the future from Ravi. On the other hand Rohit's mother (Sana) warns Shruti that he would torture her after her marriage.

Listening to both, Shruti's father fixes Shruti's marriage with Ravi. Rohit's mother gets humiliated by this and calls her brother Poorna (Ashutosh Rana). Poorna who arrives at the wedding venue with his henchmen recognise that Ravi-Mohan Rao are his biggest enemies Shankar-Nanaji. While Ravi is fighting with the goons, Poorna stabs Mohan Rao and flees to Vizag with Shruti. After admitting Mohan Rao into the hospital, Ravi starts narrating his past.

In the past, when Poorna tries to destroy the empire of Nanaji, a dreaded don those days, he takes the help of Shankar and makes him his partner in crime. Shankar, with his aggressiveness and cleverness, starts destroying the empire of Nanaji. Meanwhile, without knowing the fact that she was Nanaji's daughter, he falls in love with Dr. Anjali (Anjali) who reciprocates his love.

Knowing this, Poorna's elder son Babji (Ajay) tries to injure Anjali by throwing acid on her, only to be killed by Nanaji. Then she comes to know that Shankar is a criminal and her father's enemy. She pleads both Shankar and Nanaji to leave rowdyism, in which Shankar turns successful. Listening to his younger son Kaasi's (Shafi) advice, Poorna tells Nanaji that Shankar and Anjali are eloping. While Shankar is involved in a feud with Nanaji, Kaasi shoots Anjali fatally. They fulfill her last wish by leaving rowdyism and living a normal life.

Meanwhile Shruti's father rushes to the hospital and tells to Ravi that Shruti is being married to Rohit forcibly. Ravi reaches the spot, acts as if though Kaasi's soul is in his body and it wants to kill Shankar and Nanaji. With the help of Shruti, Anjali's father Nanaji, Dr. Savitri (Ali) and his friends, Ravi manages to kidnap Rohit. Poorna along with Shruti and Nanaji along with Rohit reach the agreed spot. Shankar reveals his real identity, defeats Poorna and marries Shruti in the end.

Based on 4 ratings
0 user 9 critic

Based on 3 ratings
0 user 9 critic
Did you know? This movie was remade in Bengali as 'Herogiri', starring Dev, Koel Mallick, Sayantika Banerjee and Mithun Chakrabarty. Read More
9 Critic Reviews

Balupu is a good concoction of action and entertainment which hits all the right notes
Hemanth Kumar CR, Post Noon
0

It's refreshing to watch Ravi Teja at his best
Girija Narayan, Oneindia Entertainment
0

Moving on the formulaic track, the film lives to its tagline of an ‘action entertainer’
Raja Satish, Desi Martini
0

Owing to its tremendous success, this movie was dubbed in Hindi under the title 'Jani Dushmann', and in Tamil as Evanda (2016). 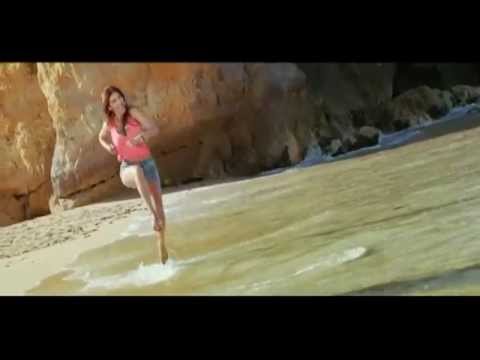 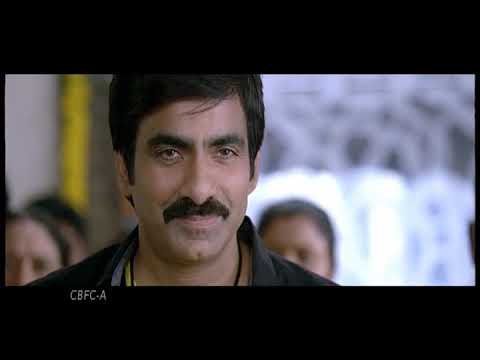 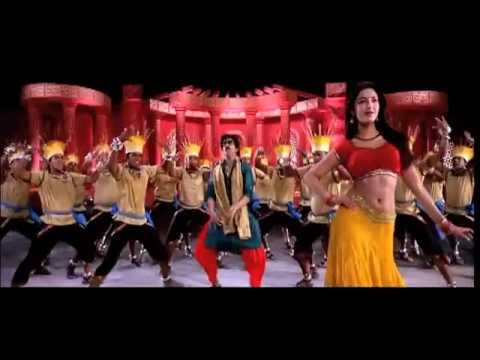 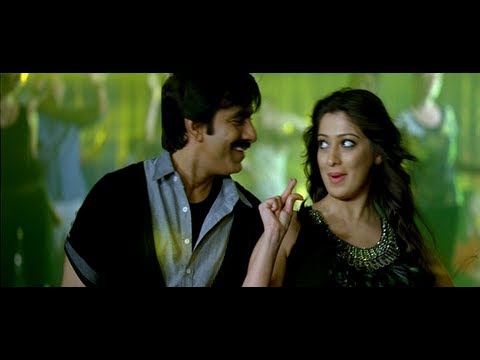 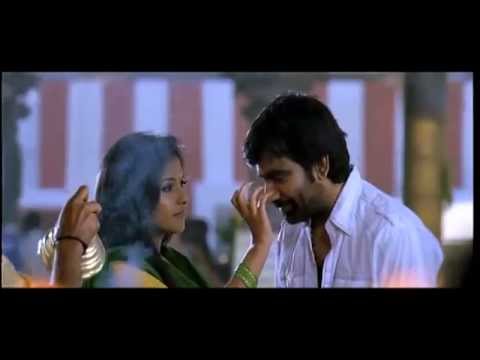 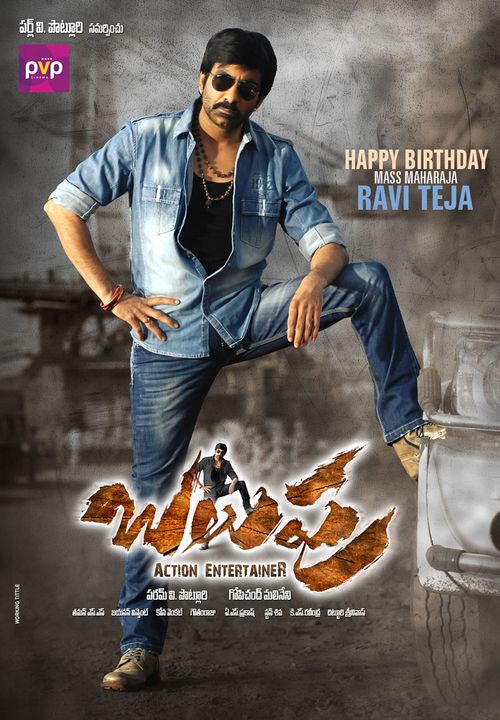 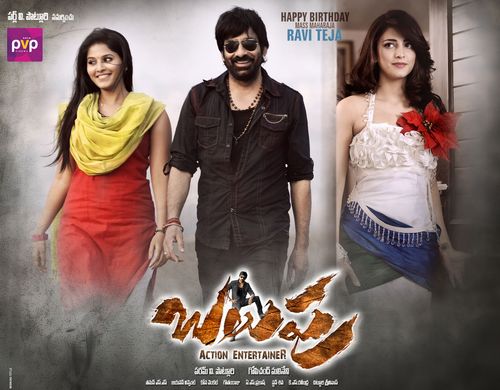 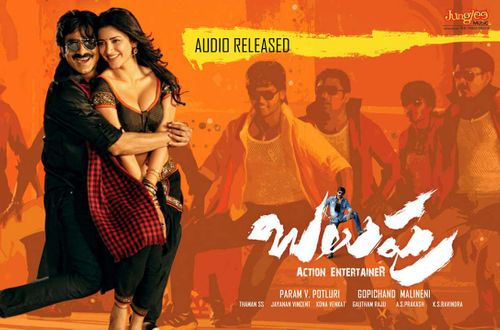 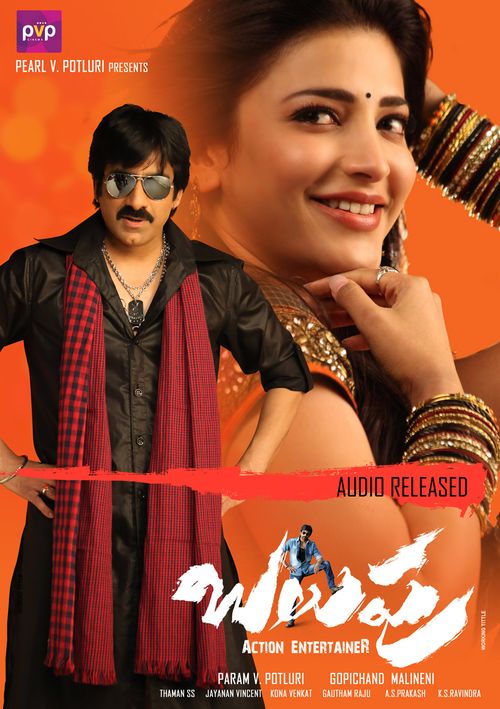 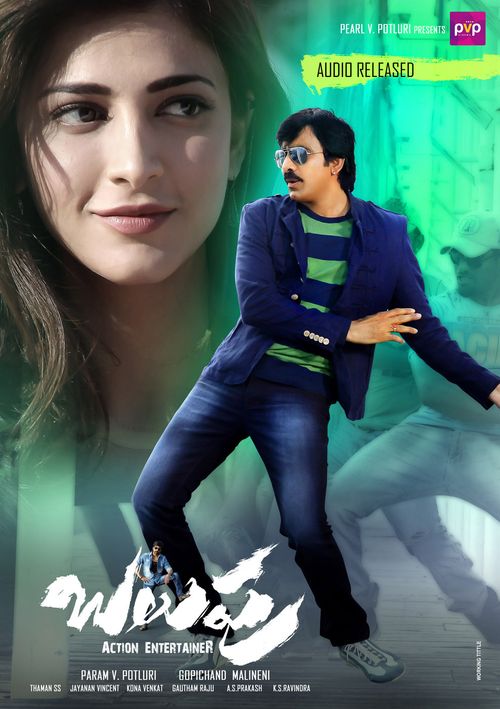 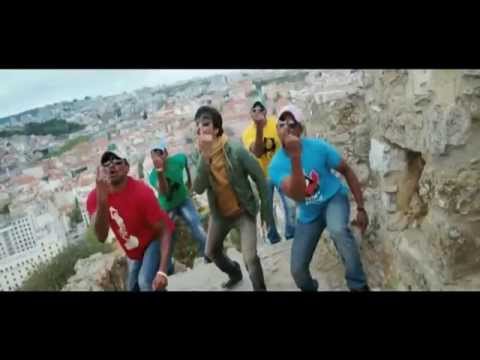 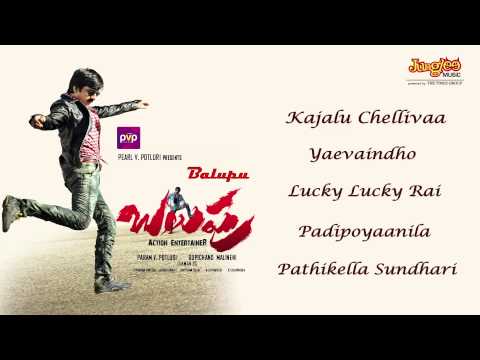 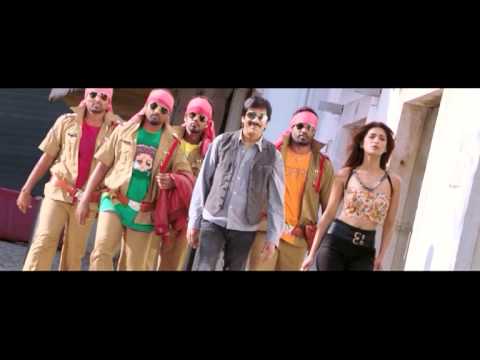 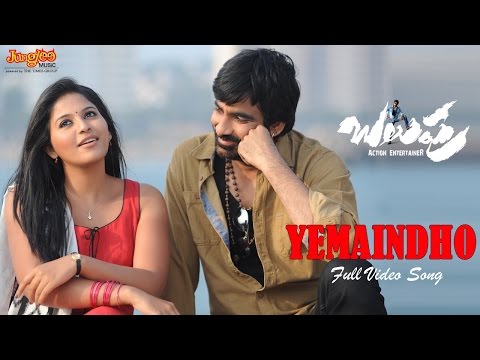 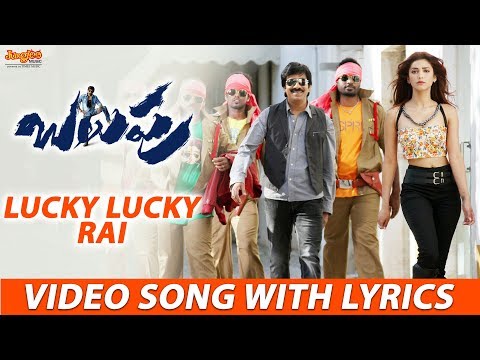 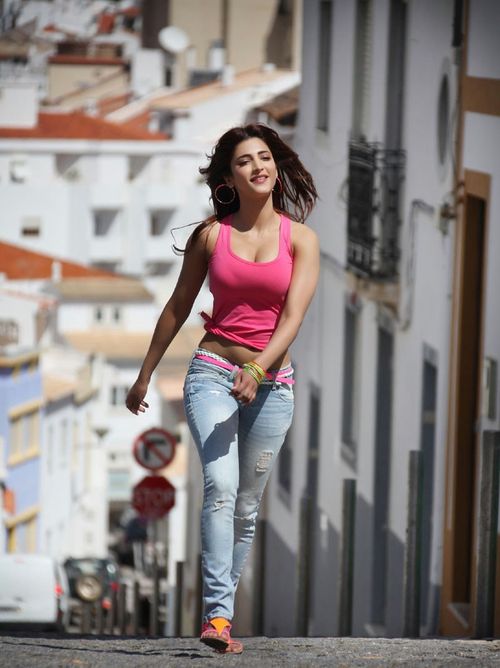 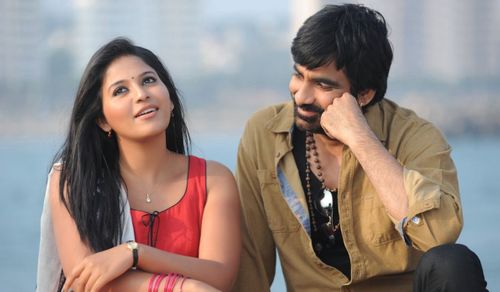 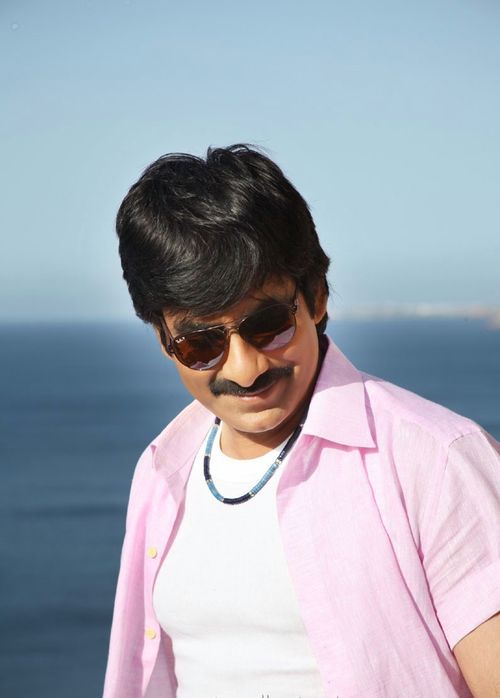 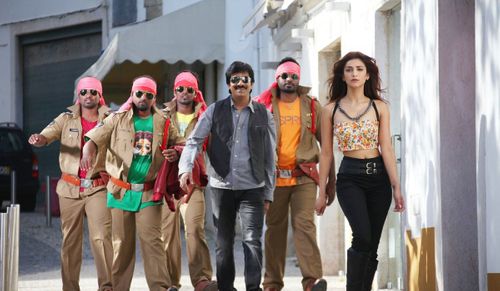 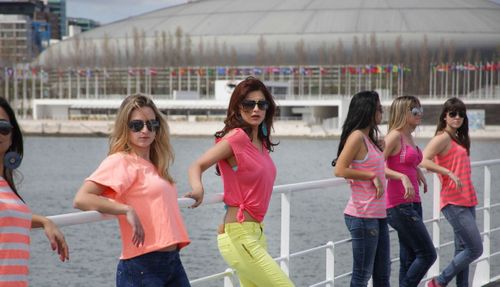 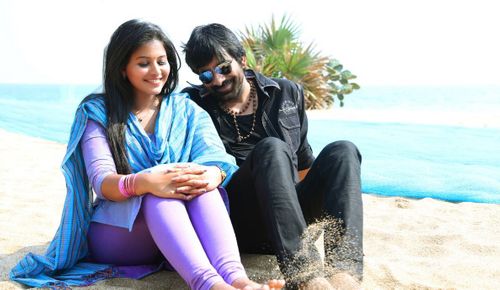 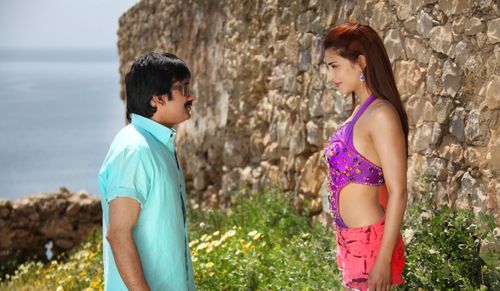 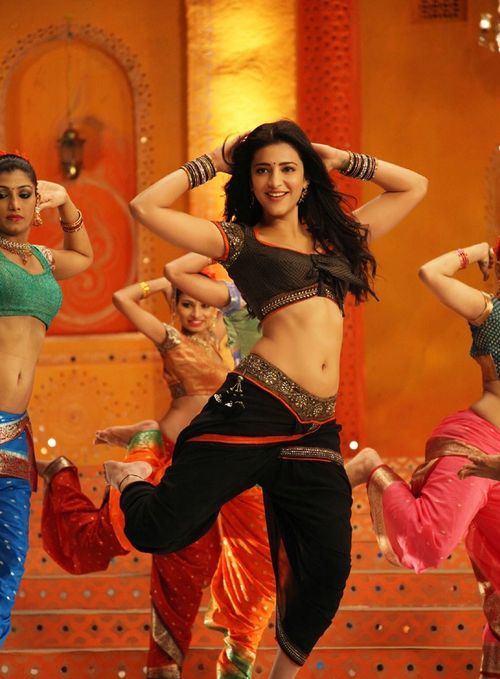 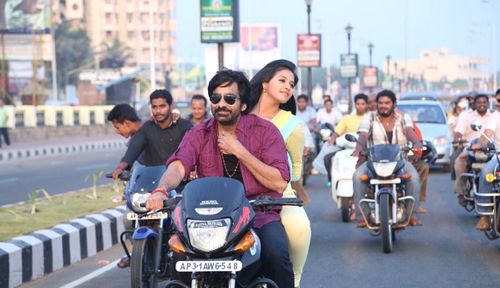