Cancel
Panna is the only daughter of politician Maltidevi. Panna is very critical of her mother, when she decides to separate from her dad, and asked Chief Minister Sawantrao Gadre to move in with them, for political reasons. Sawantrao has been using Maltidevi to win his election, which he does. Malti avenges this humiliation, wins the next election, and has Sawantrao killed. Malti then becomes the new Chief Minister. The main thorns on her side are Bhau, the leader of the downtrodden lower caste dalits, and her very daughter, who is very friendly with Bhau. One day Panna is abducted by Aditya and his group of revolutionaries, and held by them. It is there that Panna learns about the atrocities committed by her mom in the name of politics, and it is then she must decide whether to be loyal to her mom, or take the side of Aditya and the revolutionaries.
See Storyline (May Contain Spoilers)

The story opens with the kidnapping of Panna Barve (Tabu), the daughter of Chief Minister Malti Barve (Suhasini Mulay). The responsible gang's demand is that one of their members be released from police custody. While in captivity, Panna reminisces about her childhood, where she had to struggle to grow up with a power hungry and inconsiderate mother and a simple, quiet, and spineless father (Shivaji Satam). Panna's mother had also been carrying on a rather open affair with party co-member Sawantrao Gadre (Mohan Agashe). Flashback over and Panna soon meets the man behind her kidnapping Aditya (Sunil Shetty) who Panna knows from before.

Via second flashback, we learn that Panna and "Adi" were lovers once upon a time. Their closeness stemmed from the fact that he also was struggling with a corrupt parent in the form of businessman father, P.N. Patel (Kulbhushan Kharbanda). Panna and Adi both find solace in a poor basti with the company of Adi's old teacher Joshi Master and in the philosophy of poet Bhau (Nana Patekar), much to the dismay of the couple's respective parents. Bhau even goes to the extent of becoming Malti's most vociferous opponent. Due to a sudden car accident, however, Adi is presumed dead and Panna loses Adi's out-of-wedlock baby before it can be born. Thus ends the second flashback.

Getting back to the kidnapping, Adi and Panna reunite after quite some time. They talk to each other and piece together the events that have occurred since their separation. Just then, the missing gang member is sent back to Adi. It is none other than Bhau, who is returned to the gang with his brain destroyed by electric shock. News also comes that Joshi Master is killed in jail and it is portrayed as a suicide. Panna and Adi then decide what the best form of poetic justice will be for their parents. They both sneak into an election campaign of Malti Bave and P.N. Patel, and explode bombs attached to them, thus destroying everything. The film ends with Panna 's father working as headmaster in a school.

Gulzar suggests that although we have already ruined the world for Generation X, we should focus our efforts into the protection and education of our school children. If we shield them from this corruption, they will become the leaders of tomorrow, and they will run the country the way it should be.

Based on 0 rating
0 user 0 critic
Did you know? Paresh Rawal signed the film but was later replaced by Nana Patekar. Read More
0 User Reviews
No reviews available. Click here to add a review.
Cast

Paresh Rawal signed the film but was later replaced by Nana Patekar. 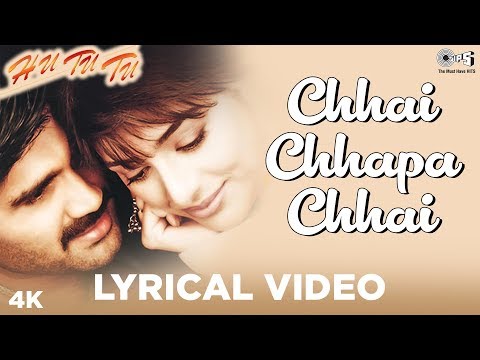