Cancel
After the events of "Ice Age: The Meltdown", life begins to change for Manny and his friends: Scrat is still on the hunt to hold onto his beloved acorn, while finding a possible romance in a female sabre-toothed squirrel named Scratte. Manny and Ellie, having since become an item, are expecting a baby, which leaves Manny anxious to ensure that everything is perfect for when his baby arrives. Diego is fed up with being treated like a house-cat and ponders the notion that he is becoming too laid-back. Sid begins to wish for a family of his own, and so steals some dinosaur eggs which leads to Sid ending up in a strange underground world where his herd must rescue him, while dodging dinosaurs and facing danger left and right, and meeting up with a one-eyed weasel known as Buck who hunts dinosaurs intently.

Tagline: The sub-zero heroes are back, on an incredible adventure... for the ages.

Based on 0 rating
0 user 0 critic
Did you know? In interviews, Otto Waalkes (the German voice of Sid) stated that John Leguizamo adopted his way of speaking as Sid and even the animation of Sid was matched to resemble the movements of Otto (he is regarded as Germany's most famous comedian). Read More
0 User Reviews
No reviews available. Click here to add a review.
Cast

Miscellaneous
In the movie, a relict population of dinosaurs continued breeding for nearly 65,000,000 years after their kindred became extinct. They have been sequestered away, allowing them to evolve to larger sizes as the competition would be more fierce and would need to grow bigger for the need for resources. Also, 65,000,000 years is sufficient to evolve who new taxonomic families and orders, as mammoths, sloths, cats and humans sprung from humble roots in a fraction of that time. Since the scope of this "what if" scenario can accommodate many speculations, alleged inaccuracies about size, color, posture, diet, etc., become redundant.

Miscellaneous
An Ankylosaurus (large herbivore with an armoured back and tail club) is shown attacking the main characters when they first enter the dinosaur world. Although some will wrongly think that the dinosaur is portrayed here as a carnivore, it is more likely that it attacked the group because it felt threatened by them, like a modern rhinoceros.

Miscellaneous
The dinosaurs famously died out millions of years before animals such as the woolly mammoth and saber-toothed tiger appeared. However it's stated in the movie that the dinosaurs they find are a few that managed to survive underground, and that the mammals thought they were extinct.

Errors in Geography
As in Ice Age (2002) and Ice Age: The Meltdown (2006), the woolly mammoths' neighborhood includes creatures who in fact lived on different continents, and never saw mammoths.

Miscellaneous
The movie is set around 10,000 BC, yet Crash and Eddie sing a line from the Alvin and the Chipmunks (2007) song: "Please Christmas don't be late." Christmas was named after Jesus Christ who was born in Bethlehem in 1 AD.

Miscellaneous
As in Ice Age (2002) and Ice Age: The Meltdown (2006), some of the "Ice Age" creatures shown were in fact extinct before the Ice Age. (This does not count the "secret" dinosaurs they meet, which is not a goof as explained above, but to the above-ground community which Sid, Diego, and Manfred have always lived in.)

Continuity
When Buck agrees to help the herd find Sid, he drops his knife to his left. When he starts explaining the rules, the knife is missing from the background, but is visible again when they start to move ahead.

Continuity
The 3 eggs are falling and Ellie manages to catch the third one. Then Sid walks down to where she is, carrying the other 2 eggs in his hands. But a minute later, (when Manny discourages him) he puts the eggs to the wooden sledge waiting nearby. The sledge was not there when Sid walked down. In fact it gets lost when Sid and the eggs are tossed into the air a few minutes ago.

Continuity
When Diego first finds the tracks, Ellie makes several steps forward to join him. The next time we see her, she is standing next to Manfred again, with no indication that she moved.
Trivia:
Buck warns the troupe, "Abandon hope, ye who enter here!" This is actually the famous line of Dante Alighieri's Inferno. It said to be written on the gates of hell.

LOGO GIMMICK: The 20th Century Fox logo is surrounded by snow-covered pine trees, and the searchlights are miniature smoldering volcanoes.

Buck was based not just Crocodile Dundee but also Frank Buck, adventurer and actor in the 30s and 40s.

In interviews, Otto Waalkes (the German voice of Sid) stated that John Leguizamo adopted his way of speaking as Sid and even the animation of Sid was matched to resemble the movements of Otto (he is regarded as Germany's most famous comedian).

As of 2013, this is the only Ice Age movie that doesn't have a minor character voiced by Alan Tudyk.

The first Blue Sky Studios film to not be released on March.

The last movie John Leguizamo was in involving dinosaurs was Super Mario Bros. (1993). Ironically both films involved dinosaurs surviving after their extinction in a "hidden" world and both featured the song 'Walk the Dinosaur'.

The largest dinosaur, Rudy, is based on the dinosaur Baryonyx. The animators chose this dinosaur because of its crocodile-like appearance, which differentiated him from the more familiar Tyrannosaurs. His white color and bloodshot eyes were added to make him even more menacing. 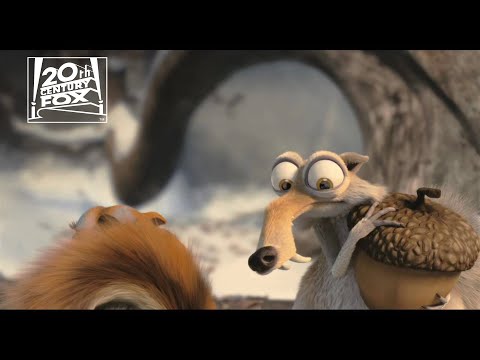 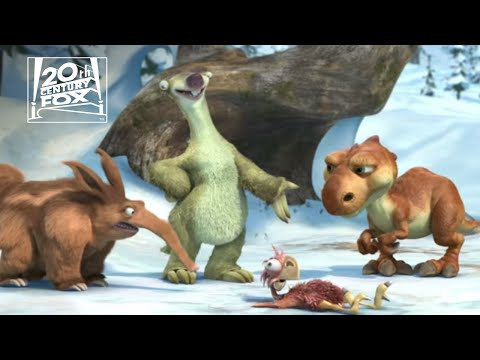 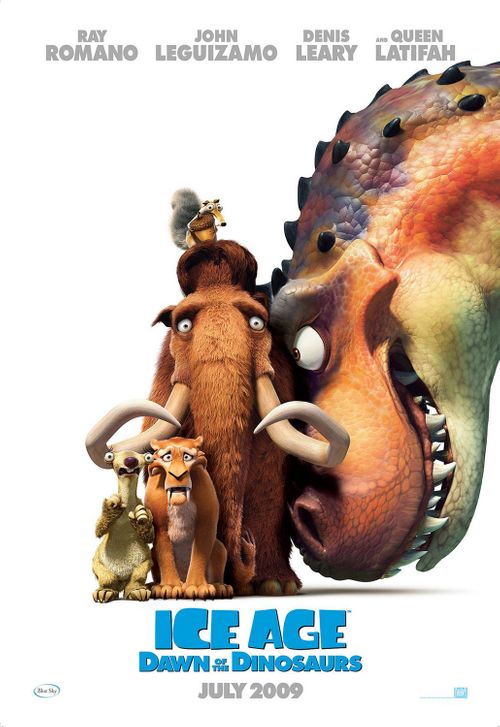 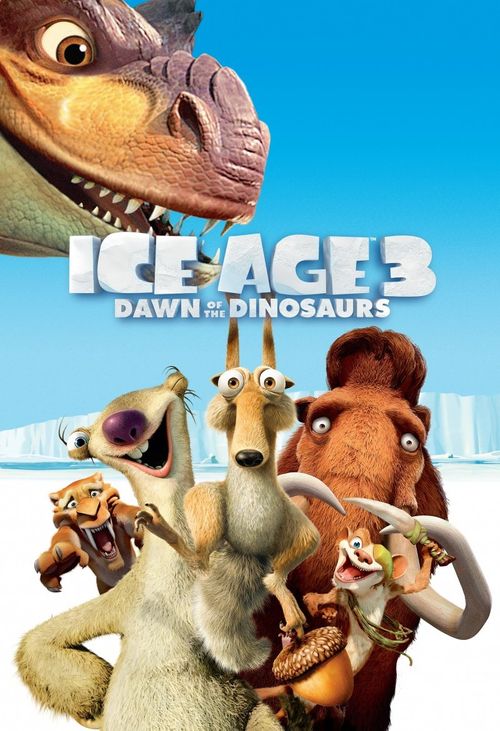 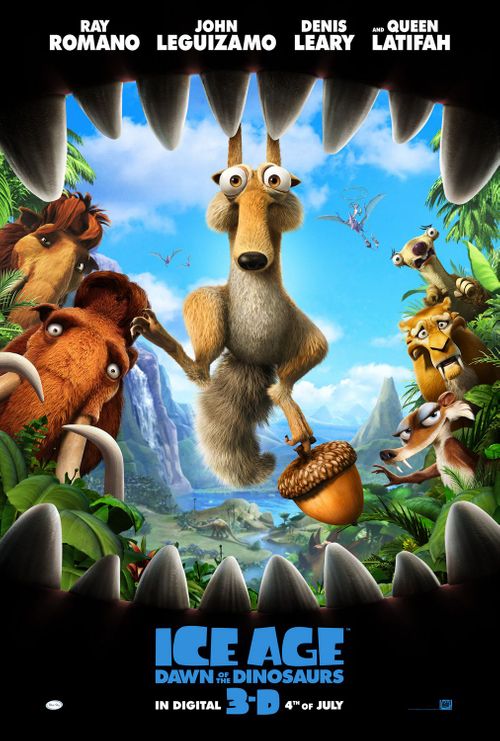 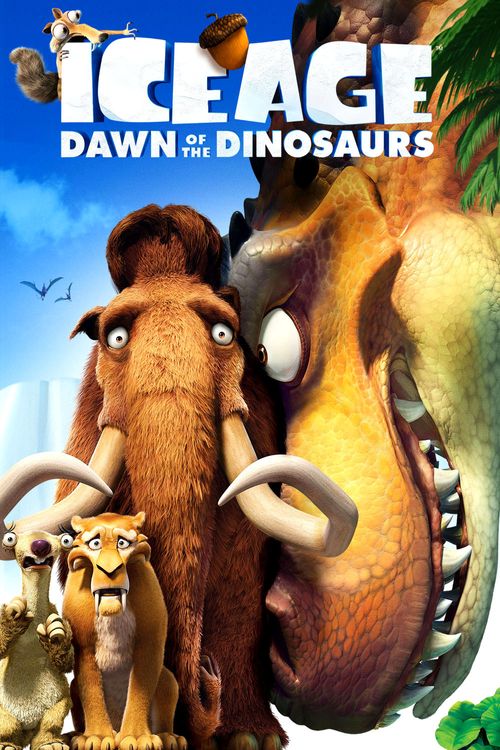 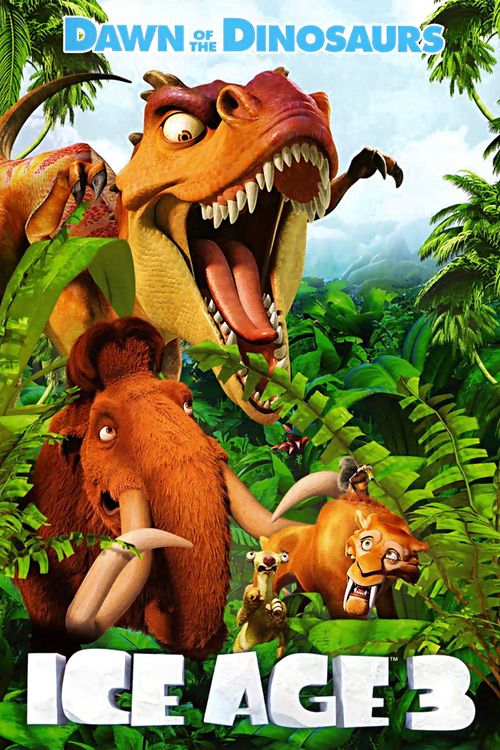