Cancel
Directed by Paul Michael and Siddique, starring Mukesh Babu, Siddique and PV Jagadish Kumar in the lead roles. This Thriller drama film follows four men who identify themselves as the friends of a woman's dead brother, help her investigate his murder. Will they succeed in winning the case and her heart??
See Storyline (May Contain Spoilers)

Mahadevan (Mukesh), Govindan Kutty (Siddique), Appukuttan (Jagadish) and Thomas Kutty (Ashokan) are four young men who live in the housing colony 'Harihar Nagar' in a city in Keralam. The movie starts with an incident which take place in Bombay, where a murder happens for a 'briefcase'. In the next scene the foursome are then shown, with their tricks to impress girls. A girl, "Maya" (Geetha Vijayan), along with her grandparents come as Mahadevan's new neighbours. The foursome try to impress her during which they find her posting a letter. They bribe the postman and manage to get that letter. Through the letter they come to know that Maya is in the town to know more about the murder of her brother - Sedu Madhavan (Suresh Gopi).

Maya visits the house of Andrews (Saikumar) - friend of Sedu Madhavan. She requests Androse's mother - Ammachi (Kaviyoor Ponnamma) to contact her if she gets any information about her brother. The foursome meet Ammachi as Sedu's friends. They manage to get Sedu's photo by telling that they want it for the colony's sport's club. Maya gets this info from Ammachi and meet them. She believes them to be Sedu's friends after seeing his photo at their house. The foursome make a story about an affair of Sedu and another girl.

Hearing the news that foursome are the friends of Sedu Madhavan,they are kidnapped by John Honai, who wants a 'briefcase'.Maya was in search of her brother's girlfriend and she finds details of "Rekha", who was close to her brother from the library. The back story of Sedu is said when she questions rekha about Sedu. Androse's father was a businessman who was killed by John Honai's father and he built a business empire with the money taken from Androse's father. Androse creates trouble in that business to take revenge. Honai's father then sells all his assets and try to run away with that money in the 'briefcase'. Androse was the murderer in the first scene. He gives that briefcase to Sedu Madhavan but is killed soon after. Sedu comes to Harihar Nagar to give this money to Ammachi but when he gets to know that Ammachi is ignorant of Androse's death and is still waiting for him, he gives it to 'Rekha'who is Androse's girlfriend.

Foursome escape from Honai, and are on run. Maya and her grandparents are then caught by Honai but foursome rescue them. Ammachi comes to know about Androse's death from Rekha who gives her the briefcase. Honai comes to her house to get the briefcase. The cooking gas was left on when Honai enters the home, and he is killed when he switches on a lighter.

Maya is packing her things to leave Hariharnagar. She meets the foursome before leaving and hands them a briefcase as a gift. When her car leaves, the briefcase opens and the money, jewellary, everything falls out. She shouts from the car that it is for them. They become happy, and the film ends.

Buy Tracklist of In Harihar Nagar 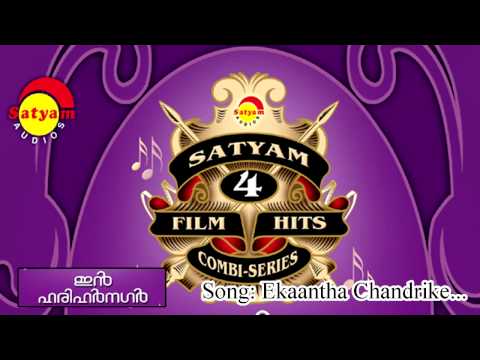 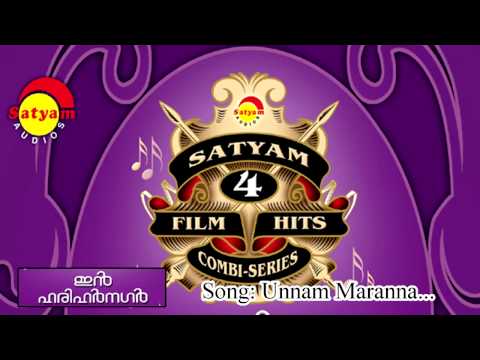