Cancel
This socially relevant tale explores the flaws in the current system of education, that extols results to the exclusion of everything else. In the process, the dreams of the students are lost, their interests discarded, and their youth lost. The crux of the tale revolves around four students who study at the same university, but with different approaches to the education, and the experiences in college. Further, the movie goes on to highlight how their futures are affected by the choices made during the student life. This is a coming-of-age tale about friendship and values, that is soulful and resonant with a positive message about a holistic approach to education and accumulation of knowledge for its own sake, instead of four results alone.
See Storyline (May Contain Spoilers)

Wildlife photographer Venkat Ramakrishnan (Srikanth) receives a phone call from his college-mate Srivatsan, better known as "Silencer" (Sathyan), telling him that their lost college friend Panchavan "Paari" Paarivendhan (Vijay) has been located. Venkat stops the flight he is on and hires a car. Along with Sevarkodi Senthil (Jiiva), Venkat goes to their college water tank, where Silencer had asked them to come. After boasting about his success in life, Silencer reveals that he wants to know whether Paari won or lost a bet he made with Paari during their college-days which was to see who of the two would become more successful. Then the trio go by car to Ooty, where Paari is believed to be. On their way, they recall their moments with Paari. Paari was a brilliant student, who believed in studying by understanding, while Silencer was involved in meaningless rote learning. Venkat pursues higher studies for his father's ambition of making him an engineer, burying his interest in Wildlife Photography while Senthil studies to improve his poor family's financial status and to get his elder sister married. But Paari studies only to gain knowledge. Paari has a constant tussle with the college's principal, Virumandi Santhanam (Sathyaraj), whom students refer to as "Virus".

One day, when Virus doesn't approve the project of student Paneer Selvam, Paneer commits suicide. Paari tells Virus that he is the cause for the suicide, thus making Virus write letters to the families of Venkat and Senthil. The fury and rage of Virus towards Paari increase when the trio crash Virus's elder daughter Swetha's (Anuya Bhagvath) marriage. He is caught by Virus and his younger daughter Ria (Ileana D'Cruz). Soon, Ria falls for Paari after seeing his kindness. Virus becomes more infuriated and asks Venkat and Senthil to shift to Srivatsan's room, and cut their friendship with Paari. Senthil briefly distances himself from Paari, but they eventually reconcile. Meanwhile the trio pass their exams and Virus challenges Paari that neither of Venkat nor Senthil would get a job in the college's campus placements.

During their final year at IEC, the trio ends up drunk in Virus's house as Paari proposes to Ria. Venkat and Senthil urinate at the entrance of Virus's house and create ruckus. Virus, having noticed Senthil during the act, threatens to expel him or Paari. Senthil attempts suicide and ends up paralysed. Following his recovery, Senthil gets a job at the campus placements, while Venkat goes to his father and tells him of his interest in photography and his father accepts it.

On learning this, an infuriated Virus creates a tough exam paper, to fail Senthil. Ria tells this to Paari, and he and Venkat fetch a copy of the question paper from Virus's office. Virus comes to know of this and expels the trio from IEC. Ria hears this and she tells Virus that his deceased son committed suicide, due to Virus's enforcement on him to pursue engineering. Ria leaves for her hospital. Meanwhile the pregnant Swetha goes into labour. When the ambulance stops due to heavy rain, Paari, Senthil and Venkat help Swetha deliver her baby successfully. Virus informs the trio that they will not be expelled. Paari and Senthil pass their exams while Venkat becomes a wildlife photographer.

Returning to the present, Venkat and Senthil reach Paari's house, where they are shocked to see a different man with the name Paari (S. J. Suryah). Silencer tells them that when his secretary Lara came to Ooty to get the appointment for meeting Kosaksi Pasapugazh, the great scientist, he found Paari in a photograph. They go to Paari's house and ask the other man where their friend is. He tells them that, their friend is not Paari, but Pappu, and that the real Paari made Pappu study engineering under his name. He reveals that Pappu, their friend, is at Dhanushkodi. They go to Coimbatore and get Ria from an unwanted marriage and go to Dhanushkodi. They eventually reunite with their long lost friend, who is requested by Silencer to sign a declaration of defeat on losing the bet. Venkat, Senthil and Ria ask their friend what his real name is. He tells them that it is Kosaksi Pasapugazh. Pasapugazh calls Silencer and reveals to him that he is the world-renowned scientist that Silencer had hoped to create a business deal with, proving Silencer had in fact lost the bet.

Factual Mistake
As per the date shown in the college blackboards the time line of the flashback period should be between 1998 and 2002. When Pari uses computer to change words in Srivatsan's speech for Teachers Day, the screen shots clearly show its Windows 7. Windows 7 was only released in 2009.

Factual Mistake
On the first day at class, the blackboard shows the date as 3/6/98 but when showing the degree certificate of the protagonist, the years of study are mentioned as 1997-2001.
Trivia:
Director Shankar assigned 500 painters the task of painting an entire train for a song sequence and completed the painting work in a single day.

As of its release, Nanban holds the record for highest number of shows in a single day at Mayajaal multiplex in Chennai. 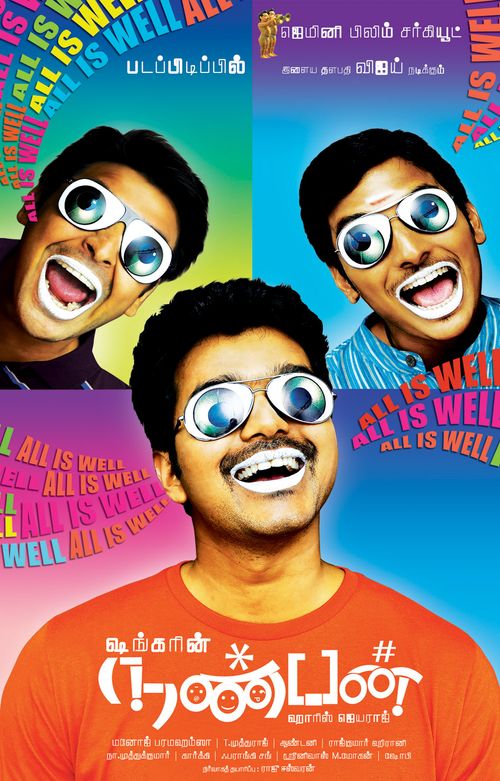 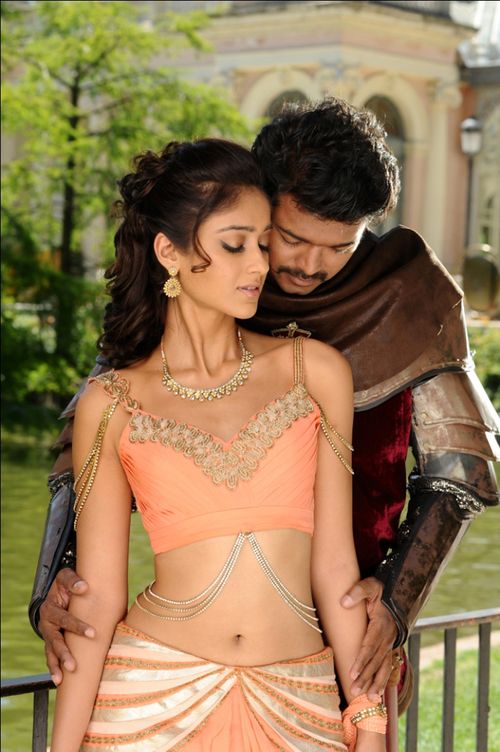