Cancel
Inspired from the true life story of the Bombay gangster Varadarajan Mudaliar, this epic saga plots the complex events in the life of a young boy that transforms him into a ruthless mafia don. When the impulsive young boy is witness to his father, a trade union activist, being brutally murdered by the police in Tuticorin, he runs away to Bombay and becomes Velu Naicker, the ruthless Godfather with a Robin Hood streak in the Dharavi slums. Velu becomes Bombay’s minority Tamil population’s ‘Nayakan’ (hero/star/leader) and saviour. His daughter Charu (Karthika) walks out of the crime and violence ridden life, and marries the assistant chief of police. Will law enforcement capture Velu and punish him for his criminal activities? Will the millions of South Indians who benefit from his benevolent rule succeed in protecting their "Nayakan"?
See Storyline (May Contain Spoilers)

Based on real-life events, this complex and emotionally-charged drama delves into the life of Sakthivelu "Velu" Nayakar, who is born to an anti-government union leader (Kitty). The child, Velu, is tricked by the police into locating his father, and then witnesses his father's death in a police shootout. After performing the final death rites of his father, he kills the person who was the cause for his father's death and escapes to Bombay.

Stranded and homeless in the big city, he is rescued by a kind-hearted Muslim fisherman who takes him into his home in the suburban slums of Dharavi. His foster-father is also a small-time smuggler known for his generosity in the slum. Upon his running afoul of a senior crime lord, the corrupt local police officer named Kelkar, arrests the fisherman on smuggling charges and subsequently murders him. Velu Nayakar, now a young man (Kamal Haasan) who has come into his own, goes in search of the officer and bludgeons him to death for as revenge. As an act of remorse over his guilt, he decides to adopt Kelkar's mentally-challenged son and raise him as his own.

With this act, he is seen as a saviour and a man to be feared amongst the slum residents. As their godfather and protector, he flourishes by resuming his late foster-father's local smuggling activities. He marries a destitute school-girl-turned-prostitute Neela (Saranya Ponvannan) and has two children. Conflicts and power struggles occur in the smuggling world, in which Neela becomes a casualty. Velu's children are sent away to Chennai as a result and return years later to their father's home, as young adults.

Velu's son Surya (Nizhalgal Ravi) is eager to join his father in his activities, despite his father's reluctance. For his first real test, he is required to eliminate a potential witness against his father; he does this by hiring outside thugs. They succeed in eliminating the witness, but their failure to cover their tracks leads police to him at a petrol bunk and an accident costs him his life. Velu is heartbroken. Velu's daughter (Karthika) is at odds with her father over his form of justice and killings, but Velu refuses to end his activities. As a last straw, she leaves her father and detaches her relationship.

A newly appointed assistant police commissioner (Nassar) starts afresh to bring Velu Nayakar to justice over his alleged activities and manages to secure an arrest warrant. This commissioner is, unbeknownst to both, Velu's son-in-law. After continued pursuit resulting in the thrashings by police and self-immolation of slum dwellers,

Velu surrenders to the police to spare the lives of the residents of his slum. He is tried in court but is released due to the lack of adequate evidence. A supportive and emotional crowd gathers at the courthouse, awaiting his release. Velu is greeted by an excited crowd but their joy turns to sorrow when he is shot dead by his mentally-challenged adopted son (Tinnu Anand), who eventually learned the truth behind his biological father's murder.

Based on 1 rating
0 user 0 critic
Did you know? This film was India's entry for the Best Foreign Language Film at the Oscars in 1987, and was rated as one of the best 100 films of all time by Time Magazine in 2005. Read More
0 User Reviews
No reviews available. Click here to add a review.
Cast

This movie marked the debut of actress Saranya Ponvannan.

This film was India's entry for the Best Foreign Language Film at the Oscars in 1987, and was rated as one of the best 100 films of all time by Time Magazine in 2005. 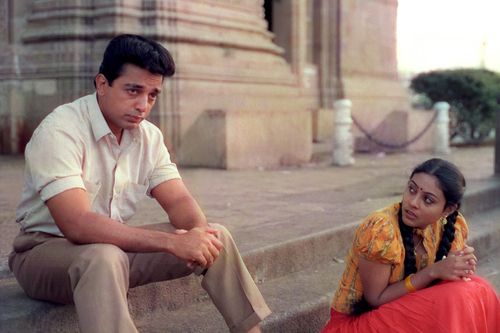 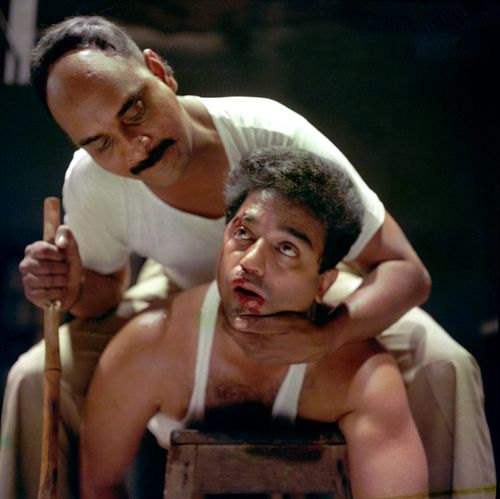