Cancel
The mercenary Royce; the military Isabelle; the Russian soldier Nikolai; the San Quentin criminal Stans; the Sierra Leone militia Mombasa; the drug lord Cuchillo; the Yakuza Hanzo; and the Doctor Edwin awake in free fall but they succeed to open their parachutes landing in a jungle. Soon they discover that they are on another planet and they are prey of aliens in a deadly hunting game, and they need to join forces to destroy their predators and survive.
See Storyline (May Contain Spoilers)

Upon landing, they discover that all are armed and lethal killers, with the apparent exception of Edwin, though none know where they are or how they got there. The group follows Royce, whom Isabelle suspects is a former black operations soldier turned mercenary. In the jungle they find empty cages, plants with a neurotoxic poison that Edwin collects on a scalpel, and a deceased US Special Forces soldier. Arriving at higher ground, they find themselves staring at an alien sky and realize that they are not on Earth, but on an unfamiliar habitable planet in outer space.

The party is attacked by a pack of quadruped alien beasts, during which Cuchillo is killed. The survivors avoid a trap, as something mimicking Cuchillo's voice tries to lure them close to his slumped body. Royce guesses they are on a planet used as a game preserve, where humans are hunted as game. The group follows the quadrupeds' tracks to a hunting encampment and find a captive Predator. Three larger Predators attack, revealed to be their hunters, killing Mombasa as the rest of the group escapes. Isabelle reveals that she has heard of the Predators before, from a report by the only survivor of a Special Forces team who encountered one in Guatemala in 1987.

The group next meets Noland (Laurence Fishburne), a lone soldier who has survived on the planet for years by hiding and scavenging. He explains that the Predators sharpen their killing skills by collecting warriors and dangerous beasts from other worlds and bringing them to the planet to hunt. Noland also reveals that the Predators hunt in threes, and that there is a blood feud between the larger Predators and the smaller ones. Royce hopes that if the group can free the smaller Predator being held prisoner in the encampment, it may take them home using the other Predators' spaceship.

However, Noland, driven mad by years of isolation and looking to obtain the group's supplies, attempts to murder the group during the night. Royce uses an explosive to attract the Predators, who kill Noland. In the ensuing chase, Nikolai sacrifices himself to kill one of the Predators using an explosive. Stans savagely attacks a second Predator with his shiv to allow the others to escape, and is killed. Hanzo duels the third Predator with a katana, killing it at the cost of his own life.

Edwin is injured by a trap as he, Royce, and Isabelle head for the encampment. When Isabelle refuses to abandon him, Royce leaves them both behind and they are caught by the remaining large Predator. Royce frees the smaller Predator and heads for the ship as the two Predators confront each other. The larger Predator kills the smaller one and then destroys the ship as it takes off. Meanwhile, Edwin paralyzes Isabelle with the neurotoxic poison on his scalpel and reveals that on Earth he was a murderer, and feels that he fits in on this planet among the monsters. Royce appears, never having boarded the ship, and saves Isabelle by stabbing Edwin in the chin with his own toxin-laced scalpel.

Royce booby-traps Edwin with grenades, using him as bait to disorient the Predator. A fight ensues in which Royce, covering himself in mud to hide his body heat from the Predators thermal vision technology, successfully decapitates the Predator, after being saved by a sniper shot from the recovering Isabelle. As Royce and Isabelle recover from their ordeal, they observe more prey parachuting into the jungle. Royce, surmising that more Predators will soon arrive to hunt the new prey, tells Isabelle that they must find another way to get off the planet, as they head into the jungle together.

Tagline: The most dangerous killers on the planet... but this is not our planet.

Based on 0 rating
0 user 1 critic
Did you know? Milo Ventimiglia, Freddy Rodríguez and Josh Brolin were considered for the role of Royce. Read More
1 Critic Review

Arnold Schwarzenegger is a gung-ho special-forces commando up against a creepy extraterrestrial in John McTiernan’s rereleased thriller
Peter Bradshaw, The Guardian
0

Continuity
In both Predator decapitation scenes, the heads are lopped off in one clean stroke that severs the entire neck. In both cases, though, none of the aliens' tentacle "hair" is cut, even though it would be in the path of the blades.

Continuity
When Isabelle shows Royce the weird magnetism by using a leaf in water, she puts the leaf on the water and it is very flat. After the cut and close-up of the leaf it is very curled up and cup like. It is very obvious that it is not the same leaf.

Continuity
[Flip Shot] While Royce is running around the last Predator and hitting him with the axe, the plasma caster changes from left to right shoulder during a change of camera.

Continuity
When the cage is found the parachute is draped differently between shots.

Continuity
Shortly after escaping from Noland's hideout, Stans stabs Berserker Predator in the upper right shoulder with the wound clearly visible from the front. However, once Berserker captures Isabelle and Edwin the wound has disappeared and remains missing later during the fight with Royce.

Continuity
When Royce runs to save Isabella from the pit trap, he throws his shotgun to the side and dives the last several feet, which would put the gun behind him and out of reach. When he pulls her out of the pit, the shotgun is right beside him on the ground.

Continuity
At the very beginning when Royce is talking to Nikolai for the first time, after the camera pans away, what appears to be a pacing counter on Nikolai's left shoulder disappears in the next shot and then reappears the shot after.

Crew/Equipment Visible
In the beginning of the movie, when Isabelle asks Royce "do you remember a plane?", the camera briefly gets a lens flare which is reflected onto Royce's forehead.
Trivia:
Hanzo is missing two fingers on his left hand. The reason is that the Yakuza traditionally cut their fingers starting from the left pinkie because they have a vital role in controlling a Japanese sword, and their loss would significantly impair a duelist. Hanzo must be a formidable swordsman to be able fight in close combat as he did despite the loss of his fingers.

According to director Nimród Antal, the lower jaw attached to the mask of the Berzerker Predator is that of an alien from the Alien movie series.

Louis Ozawa Changchien insisted his character Hanzo fight using Kendo as he is a practitioner of the martial art, instead of using Kung Fu as most Hollywood films do.

The classic Predator from the original Predator (1987) is seen for the first time in over 20 years.

The original script contained cameo appearances by Dutch (Arnold Schwarzenegger) and Michael Harrigan (Danny Glover), the protagonists of the previous Predator films. However, these appearances were ultimately cut out.

The original plan was to alter the 20th Century Fox logo, turning it into heat vision (as seen from the Predators' viewpoint) halfway through the fanfare. The studio nixed that particular idea.

While filming a fight scene, Oleg Taktarov hit his face on a Steadicam camera and started bleeding. He insisted that filming continued to add effect to the scene.

Adrien Brody put on 25 pounds of muscle for his role.

Hanzo only speaks in one scene and has a total of 3 lines of dialogue.

The unusual weapon used by Royce is an AA-12 fully automatic 12 gauge shotgun. Judging by the explosive effects produces by the shells, it is most likely loaded with Frag-12 explosive rounds.

The writing on the back of Stans' prison jumpsuit identifies him as an inmate of California's San Quentin State Prison. San Quentin has the largest prison death row population in the United States.

The song that plays over the credits is Little Richard's "Long Tall Sally" and is a direct reference to the first Predator while the group of soldiers are traveling in a helicopter.

One of the mandates for the production team was that they only looked to the original Predator (1987) for reference points.

Alice Braga read a sniper manual in preparation for her role and carried a fourteen pound sniper rifle around with her during shooting.

Although all the main locations were filmed in Hawaii, 60% of the movie was shot in Texas in order to be eligible for a tax benefit.

The first Predator doesn't appear until 38 minutes into the film.

It was decided that the film would be produced at Robert Rodriguez's Troublemaker Studios instead of 20th Century Fox so that Rodriguez would have creative control over the project.

Robert Rodriguez was originally thought to be attached as director, however within days of this rumor coming out he confirmed he would only write and produce the film.

Milo Ventimiglia, Freddy Rodríguez and Josh Brolin were considered for the role of Royce.

Nimród Antal did over 100 pages of storyboards in preparation for directing.

Jeff Fahey was briefly considered for the role of Noland.
Buzz
Shane Black says his 'Predator' is actually a sequel, not a reboot
25 Jun 2014, by Collider 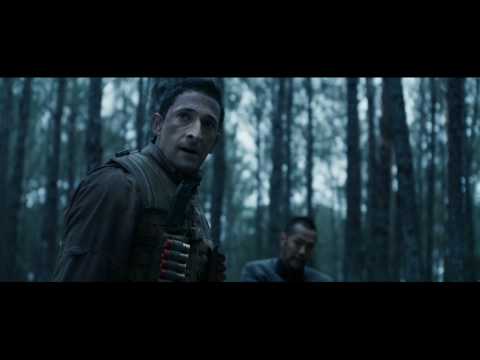 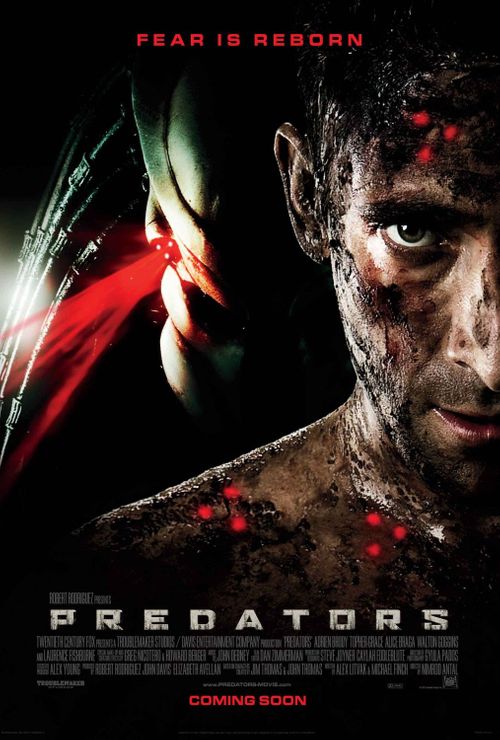 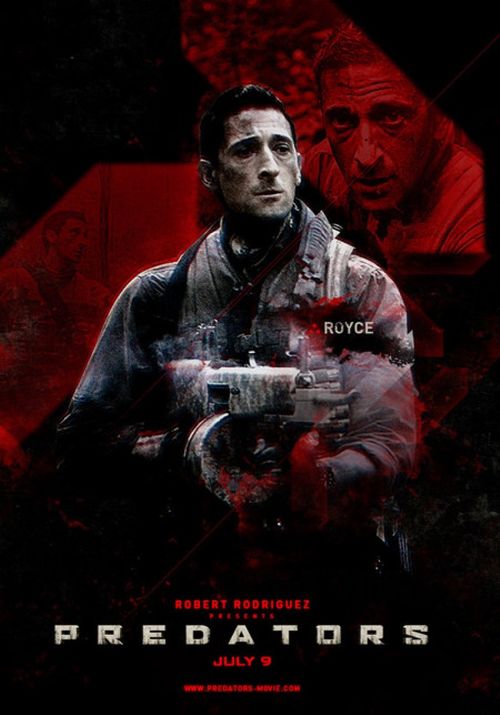 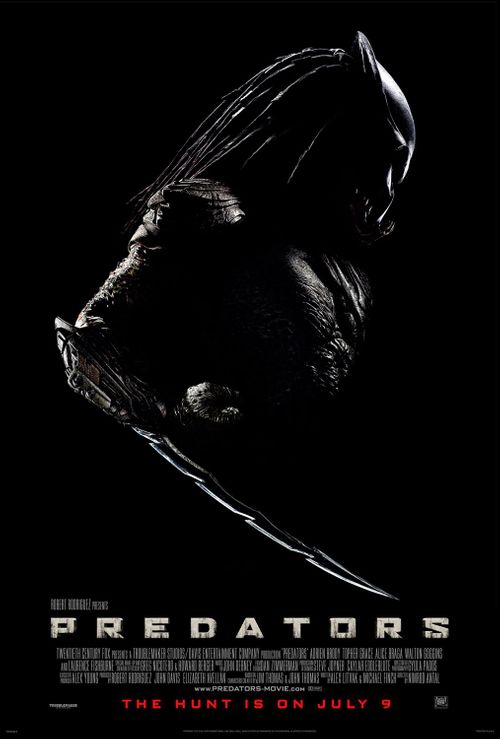 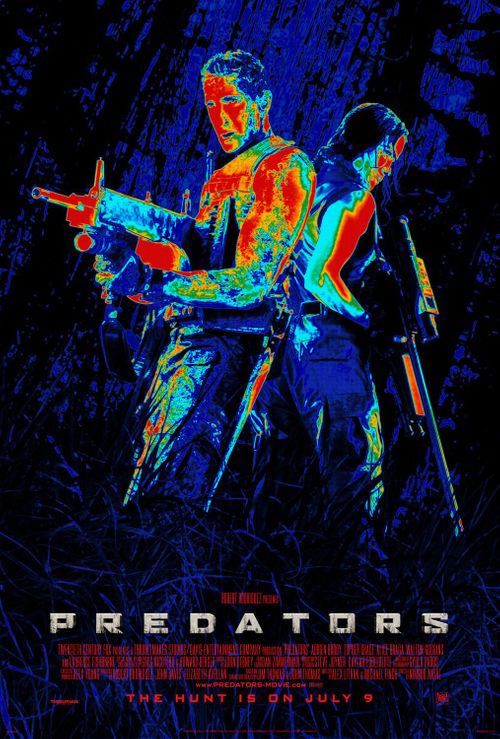 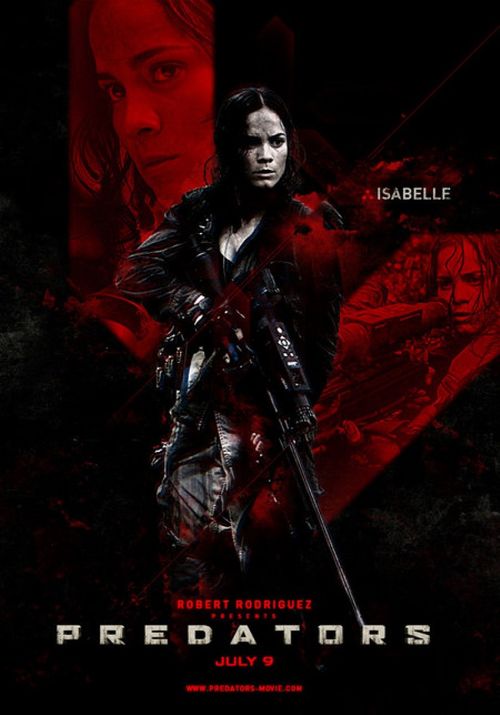 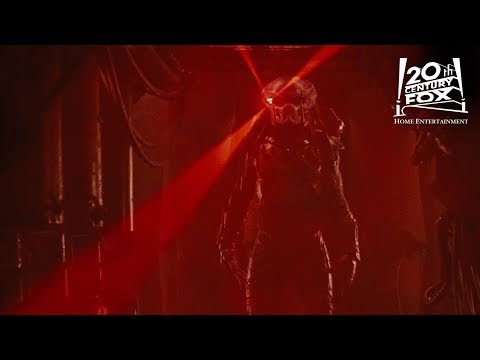