Cancel
A fearless police officer is removed from duty on suspicion of corruption. After serving his suspension, he returns as the Deputy Commissioner of Police of Thirunelveli and begins a crusade against crime and corruption in the area. Will he succeed in achieving his goal? And, if so, what will be the personal price he must pay?
See Storyline (May Contain Spoilers)

This fast-paced crime drama revolves around Aarusaamy (Vikram), a fearless police officer, who is appointed as the Deputy Commissioner of Police of Tirunelveli. He immediately sets about efficiently bringing the city under control.

Aarusaamy arrives at Tirunelveli after being in exile for some years after being wrongly accused of bribery by corrupt politicians. At the outset, he pretends to be a corrupt cop by accepting bribes from the very influential Annachi. Later Saamy starts to rebel against him and the rest is about how he succeeds in overcoming the corrupt politicians.

Aarusaamy's father (Vijayakumar) who wanted to become a police officer was unable to become due to corruption and takes care of agriculture for his living. But he wanted to make his son a cop. Vikram too passes the IPS examinations in merit, but was asked for bribe.

His father mortgages his properties and makes him get the desired job. Being an honest cop, Aarusaamy is honoured with transfers all over Tamil Nadu due to political pressure. Finally, in Trichy, he is accused of bribery by a politician and he gets suspended. It takes him six months to prove himself and he is posted in Tirunelveli now.

In Tirunelveli, he adapts a new policy of adjusting with the local goons so that he can serve the people in an effective way. Perumal Pichai (Kota Srinivasa Rao), is an underworld don who has the total control of Southern Tamil Nadu, both in politics as well as rowdyism but he is less known in the media.

He bribes Aarusaamy so that he will not disturb his business because both Perumal Pichai and Aarusaamy belongs to his caste. Saamy also accepts it but requests him to make some changes which he in turn accepts. As a result, the city is under the control of Law and Order. He is always accompanied by 'Punctuality' Paramasivam (Ramesh Khanna), who is an inspector.

Saamy falls in love with a college-going Brahmin girl, Bhuvana (Trisha Krishnan) and they get engaged. Bhuvana's father, (Delhi Ganesh) is a straightforward government officer who never got bribe and leads a noble life. Saamy and Bhuvana meet each other when Saamy goes in search of a home for rent to Bhuvana's home. Bhuvana misinterprets Saamy and Paramasivam as thieves and locks them in a room.

The ruling party has called for a one-day strike all over the state and Perumal Pichai is handed with the responsibility of Tirunelveli on the eve of Pongal festival. But Saamy takes steps to maintain law and order and the strike becomes a failure. This makes Perumal Pichai angry.

He waits for a chance to take revenge on Saamy and they attack the market on the day of Saamy's marriage since all the policemen would be attending the wedding. Besides this, Saamy also 'seals' the petrol bunk (gas station) of Perumal Pichai because the workers at the petrol bunk assaulted a woman and others when they challenged very less distribution of petrol than being promised.

This incident was the last straw that broke the camel's back and started the revolution of Saami against Perumal Pichai and marks the start of direct clash between Saamy and Perumal Pichai. Both challenge to get rid of the other in 7 days time. Perumal Pichai uses his influences and gets Saamy transferred but Saamy is given a time of 7 days to take charge.

Saamy also loses his father in a bomb blast in his home which was targeted to kill him. He plans accordingly and takes revenge on Perumal Pichai by the eve of 7th day.

Based on 0 rating
0 user 0 critic
Did you know? It was also remade in Bengali as 'Barood' with Mithun Chakraborty. Read More
0 User Reviews
No reviews available. Click here to add a review.
Cast

The film was remade into Telugu as ''Lakshmi Narasimha' with Balakrishna and Asin in lead roles.

Vikram worked on his body for the film, sporting a thick waist to show notable differences from his other police film, 'Dhill' and also put on eight kilograms.

The film's shooting schedule took place at Karaikudi, Some fight scenes were shot at the busy lanes in Karaikudi where Vikram chased some rowdies, The fight scene was shot for five days, with Priyan canning the shots and Super Subbarayan choreographing the fights.

After directing "Thamizh", Kavithalayaa Productions called Hari to direct a film for them since Hari assisted few of their films.

Kota Srinivasa Rao made his debut in Tamil as a villain in this film.

The movie was remade into Hindi as "Policegiri" by the notable director KS Ravikumar with Sanjay Dutt and Prachi Desai.

This film was dubbed into Telugu as "Swamy IPS". 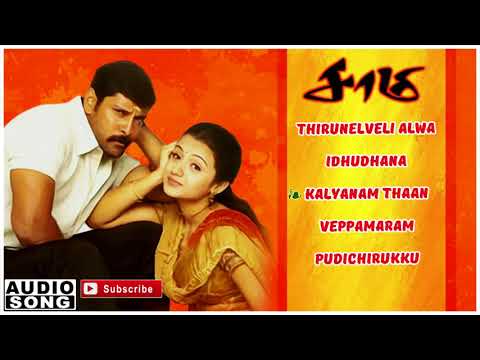