Cancel
18-year-old Matthew Kidman is a straight 'A' over-achiever who feels that he has never really lived life to the full. That is, until he meets 'the girl next door'. Danielle moves in next door, and Matthew thinks he's found the girl of his dreams. All is going well, until Matthew's sex-mad friend Eli reveals that Danielle is actually a ex-porn star. Matthew doesn't know how to take the news or how to treat Danielle, and things go from bad to worse when Danielle's former producer Kelly appears to take her back.
See Storyline (May Contain Spoilers)

Ambitious Westport High School senior, Matthew Kidman dreams of a career in politics. He has been accepted to prestigious Georgetown University, but will only be able to afford it if he can win a large scholarship. With graduation approaching, he struggles to find anything truly memorable about his high school experience. However, his luck changes when he meets his beautiful next door neighbour Danielle. The outlandish Danielle and the steady Matthew each turn out to be the perfect complement for the other, and they are immediately smitten with one another. However, the relationship is challenged when Matthew discovers through his porn-enthusiast friend Eli that Danielle was recently an adult film actress under the stage name "Athena".

Matthew, riddled with guilt and remorse, follows Danielle to Las Vegas to find her performing at an adult film convention, where Kelly menacingly warns Matthew not to interfere with his business. When Matthew convinces Danielle not to rejoin the industry, Kelly abducts Matthew from school and physically assaults him, saying that Danielle's failure to arrive on set has cost him $30,000. Kelly offers to let him erase his debt by breaking into rival producer Hugo Posh's home to steal an award statuette, but after Matthew has entered the house Kelly calls in a robbery report and leaves the premises. Matthew narrowly avoids the police and rushes to his scholarship award dinner. High on ecstasy that Kelly told him was aspirin, he improvises a deeply sentimental speech but loses out on the scholarship to a student who resembles nothing so much as the passionless, pre-Danielle version of Matthew.

Kelly then gets his money back by stealing $25,000 Matthew raised to bring Samnang, a brilliant Cambodian student, to study in the United States. Not wanting to explain his connections to the adult film industry, Matthew had previously introduced Kelly to the bank staff as his student advisor. Although Matthew has done nothing wrong, he still fears that he will face expulsion or criminal charges for his unwitting role in the fraud, and he turns to Danielle for help. Danielle calls in a few friends from her days as a porn star, and they agree to make a video for Hugo Posh on prom night and on school grounds. After the successful shoot, and after Eli has been dropped off with the tape's master copy, Danielle and Matthew make love for the first time in their limousine. Matthew Kidman, played by Emile Hirsch.

The next morning Matthew is shocked to find Kelly, in possession of the tape he has stolen from Eli's home, with his parents and school principal at the dining room table. Kelly asks to speak privately with Matthew and says that unless he is given half of all profits, he will play the tape immediately. Matthew, following Danielle's earlier advice to just go with it, refuses because the money rightfully belongs to Samnang. Kelly repeats his threat, but Matthew stands up for himself and dares him, stating that he no longer cares about his now-ruined future. As the tape begins to play, it becomes clear that Matthew and his friends have made a progressive, comprehensive sex education tape rather than a pornographic film. With no more cards left to play, Kelly finally admits defeat.

Hugo Posh and Matthew make millions from the video. Hugo Posh keeps his word and pays for Samnang to come to the USA, while Matthew has enough money to attend Georgetown and take Danielle to DC with him. The final scene is Matthew driving into Georgetown University in a BMW Z4. Matthew's story ends with him getting the girl of his dreams and a chance at the future he has always wanted.

Tagline: Matt never saw her coming... but all his friends had!

Based on 0 rating
0 user 0 critic
Did you know? According to the commentary, Eli is based on writer/director Eli Roth. Read More
0 User Reviews
No reviews available. Click here to add a review.
Cast

Crew/Equipment Visible
The camera truck is reflected in the windows of the house across the street as Matt walks past with the inner tube.

Crew/Equipment Visible
When Kelly drags Matthew from class Matthew's microphone is visible on his back pocket as he is dragged to the door.

Crew/Equipment Visible
At the scholarship dinner, Matthew is with Danielle talking to a couple. When Matthew takes an interest in the man's tie, it zooms into Matthew's face. You can see that there is a microphone attached to the back of Danielle's hair.

Crew/Equipment Visible
When Matt is dragged out of class at the end of the movie, his microphone is visible on his belt loop.

Crew/Equipment Visible
When doing the sex scene, Matthew's skin colored boxers are visible in several shots. Once from behind him up close. And twice from the front at a distance.

Factual Mistake
The music that plays when Matthew opens the door to reveal Danielle ready to accompany him to the prom is not "Hootchie Cootchie Man" as credited in the soundtrack listing and end credits, but is actually "Mannish Boy".

Revealing Mistakes
When Matt receives the acceptance letter from Georgetown University, there is no state and no zip code present in the destination address.

Revealing Mistakes
When Matt receives the acceptance letter from Georgetown, it appears to be a "thin" package that would signify a single rejection letter, rather than the more traditional "thick" package that signifies acceptance and contains all the materials needed.

Revealing Mistakes
Obvious body double for Matthew when he runs down the neighborhood naked.

Miscellaneous
In the first couple shots of the film where the characters are stating what they will always remember, one says that he will always remember Lacrosse champions. If you watch very closely, when he tackles the last man before the shot is over, the lacrosse ball clearly flies out of the net, but he is still running.

Continuity
When Eli and Klitz are being chased by Mule, Eli jumps off the Balcony and jumps feet first. Somehow he lands face down on the titty cake.

Continuity
When Eli shows Matthew the adult video with Danielle in it, and when Kelly shows the video to group gathered at Matthew's house, the close-up we see of the time counter does not match the wide shot.

Continuity
When Matthew and Danielle are sitting at the table in the diner we see Danielle drawing a picture of a girl with long hair. In the next shot, there is no hair drawn, and in the next shot has long hair again.

Continuity
Danielle appears to enter the strip club first, but in the next shot she is not in the club yet and enters behind Kelly.

Continuity
All exterior shots of the limo show it to be dry, yet all the interior shots have the windows looking wet.

Continuity
When the limo arrives to pick them all up it is day. In the next interior shot it is night out.

Continuity
When Matthew is running down the street, the interior shots from the car show that the window is open. As Matthew opens the door to finally get in the window is closed.

Continuity
When Matthew is running naked alongside Danielle's car, the window is down. When Danielle opens the car door, the window is up.
Trivia:
The drawing of herself Danielle gives Matthew in the café was drawn by Elisha Cuthbert.

During the scene in the strip club when Emile Hirsch is trying to figure out how to smoke the cigar, it falling out of his mouth is an accident. The director liked it so much, he left it in.

Emile Hirsch was really hurt when he is beaten in the car by Timothy Olyphant as Olyphant's rings kept scratching him.

Originally, both Briana Banks and Jenna Jameson were slated to appear in this film.

According to the commentary, Eli is based on writer/director Eli Roth.

As Emile Hirsch was still a minor during production, all of his nude scenes were performed by a stunt double. For the lap dance scene, several pillows were placed between him and the dancer.

The prom in the film takes place in the cafeteria, the same way the director's was.

Elisha Cuthbert filmed this movie while she was filming 24 (2001). When asked about the hectic schedule, she said, "Our weekends were Monday and Tuesday and the show was, obviously, Saturday and Sunday, so every day for three months."

In the scene-specific DVD audio commentary for the film Emile Hirsch reveals that when shooting the scene where Elisha Cuthbert forces him to strip, director Luke Greenfield wanted him to shave his chesthair but Hirsch who was 17 at the time refused because, as he himself puts it, "did not wanna shave off my manhood".

The Cougars lion costume featured in numerous scenes of the film is the same one as featured in Old School (2003), this time under the name "Harrison Cougars".

The box of cigars Kelly receives at the end from Matthew are Romeo and Julieta vintage cigars.

The woman shown in the magazine at the beginning of the film is Briana Banks.

The line "So, What's the craziest thing you've done lately?" is sampled in the Kill Hannah song 'Crazy Angel'

David Daskal from Average Joe (2003) appears in the beginning of the movie in a group of students and later on, as a student in the classroom.

The film not only shared a similar plot to Risky Business (1983), but the composer Paul Haslinger is a former member of Tangerine Dream, the band that provided the soundtrack for Risky Business.

Emile Hirsch and Paul Dano previously appeared in The Emperor's Club together. 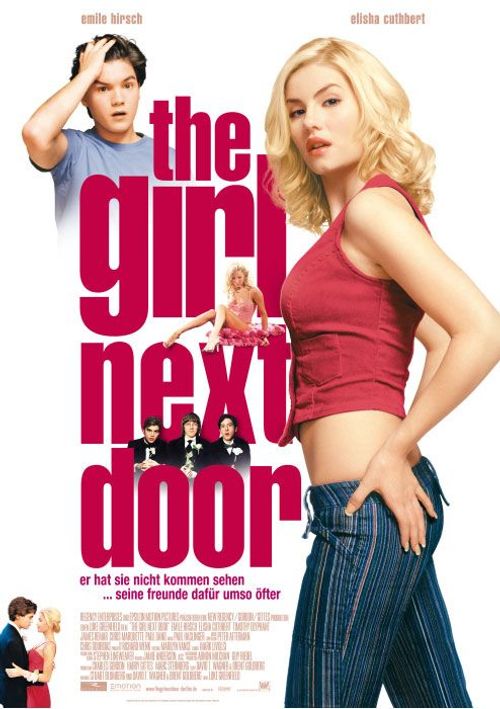 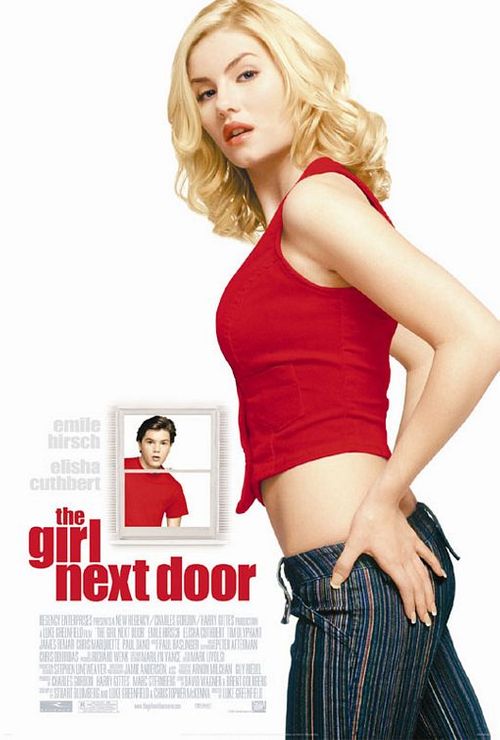