Cancel
Two CIA agents, Tuck and Frank who are also best friends, have been benched because someone's after them. Tuck is divorced with a son whom he's not close to and Frank is a ladies man. Tuck decides to try and find someone so he places his profile on a dating website. Lauren, a woman also looking for a guy sees Tuck's profile and goes with him. She later bumps into Frank and he hits on her and she goes out with him. She's intrigued by both of them. When they learn that they're dating the same girl, they agree to let her choose. But both can't help but use their skills to keep tabs on her and each other. And also sabotage each other's dates with her.
See Storyline (May Contain Spoilers)

Best friends FDR and Tuck are CIA agents working together. They are assigned to prevent an international criminal, Heinrich, from acquiring a weapon of mass destruction. But the mission goes wrong when Heinrich's brother is killed - making the agents a target for Heinrich. As a consequence, the agents are assigned to desk duty.

FDR and Tuck have very different attitudes when it comes to women. FDR is a womanizer, whereas Tuck is looking for love. Tuck has been unable to get back together with his son's mother, Katie, who is dating someone new. So he decides it's to get back in the game and signs up for online dating. He ends up on a date with Lauren, who has been registered on the dating site by her friend after a failed engagement. They meet at a bar for a drink and it goes well. At the end of the date, Lauren goes to the DVD store where she encounters FDR, who is looking to hook-up. FDR attempts to flirt with her, not knowing she was Tuck's date. When she rejects him, he begins to pursue her by turning up to a product testing session at her work. In an effort to get rid of him, she agrees to go on a date. The date doesn't go well, until Lauren bumps into her ex-fiance with his new girlfriend. She proceeds to pretend that FDR is her new boyfriend and that they are very much in love. She is impressed that he goes along with it. As a result, Lauren ends up dating both men - unable to decide which one she likes better.

FDR and Tuck discover that they are dating the same girl - but neither one is willing to back down. They make an agreement to carry on dating her (without her knowing that they know each other) but neither must sleep with her - it is then up to her to decide who she wants to date. However, they soon begin underhand tactics to scupper the other, using all the resources of the CIA surveillance at their disposal.

As Heinrich catches up with the agents. They are in a car chase, which Lauren is caught up in having gone to lunch with Tuck. On Lauren's advice, they shoot the headlights on Heinrich's car, deploying the airbags and sending Heinrich's car spiraling out of control. Lauren must suddenly choose which side of the road to jump to for protection - Tucks or FDRs. She chooses FDR. Tuck is gracious and declares that he is happy for them both as Lauren confesses that she wants to be with FDR. Later, Tuck reconciles with Katie.

When FDR and Tuck are about out to jump out of a Chinook helicopter, FDR tells Tuck that he is going to marry Lauren. He also reveals that he had sex with Katie before she met Tuck, and no longer feels guilty about it because Tuck had sex with Lauren. Tuck, however, reveals that they didn't go all the way and angrily tackles FDR out of the plane.

Tagline: It's SPY against SPY.

Based on 0 rating
0 user 0 critic
Did you know? Both guys on the singles website on each side of Tuck's picture, are crew members of the movie. They also show up in the video store database as FDR is searching for Lauren's info. Jay Mitchell (set design) and Peter Stratford (assitant art director). Read More
0 User Reviews
No reviews available. Click here to add a review.
Cast

Continuity
In the final chase sequence at the end of the bridge, they shoot and break the headlights of the silver van to open its airbag. But after that when the car hits the guardrail the lights are not broken.

Continuity
When Maya comes over to FDR's house for her Tuesday layover, her hair is up/down between shots.

Continuity
When FDR takes Lauren to the Pizza restaurant and they are talking. When the camera pans behind FDR you can see he is eating pizza then when the camera goes in front of him he is no-longer eating pizza and there is no pizza in his hand. This happens 4 or 5 times over the scene.

Continuity
When FDR and Tuck are fighting in the restaurant they fall from an upper level to a lower level. Initially, when they are both falling, it appears that they will miss the table. In the next cut, they both land on the table.

Continuity
In the early scene where the villains arrive by Helicopter at the party/club, during the fighting the registration number of the helicopter on the pad changes between an OE-EAF (Austrian) Registration and a US N2... Registration.

Continuity
The amount of blood on FDR's and Tuck's faces, switches from scene to scene.

Continuity
The first helicopter shot has a helicopter with a tail-number registered in the USA (USA starts with N). The second shot of the "same" helicopter is of a different helicopter, which has a tail-number starting with OE, which is the registration for the county of Austria.

Continuity
When the Volkswagen Beetle is being escorted by Heinrich, the convertible top is down. When it is mid-air heading into the pond, the top is up but not locked into position. Then the close up in the pond shows the top down again.

Continuity
During Tuck and Lauren's first date, there is a bottle of water by the table leg but it's gone in the next shot.

Continuity
There are at least two Jeeps used during the final chase sequence. When Tuck and FDR commandeer the the Jeep at the restaurant, it is an automatic with a column mounted gear selector. You actually see Tuck use it to put it in gear. Later during the chase sequence, the Jeep is a manual shift. There is a close-up shot of the pedals when Tuck applies the brakes and a clutch pedal is clearly visible. At the end of the scene they show a side-view of the Jeep and the shift lever is obvious coming up out of the floor.

Continuity
In final scenes at the end of the bridge, police van is parked parallel with the guardrail, with one ambulance also parallel and one diagonal. (As it zooms out, camera and crew visible on bottom of screen) When the scene changes to aerial shot of bridge, police van is diagonally parked, the two ambulances are parked in an improbable T-shape, with on of the ambulances' doors facing off the bridge.

Continuity
When FDR is packing a box with the contents of his office, Lauren calls Tuck to arrange a meeting. Tuck slams the laptop on his desk shut, gets up, grabs his jacket and leaves. As he walks away and off screen, the laptop is open again.

Continuity
Lauren walks into the night club with FDR without a jacket. When leaving she's wearing one.

Continuity
When Lauren and her friend are shopping, we can see a man with a green shirt passing two times behind them in a short amount of time.

Continuity
Lauren's hair is down and loose before they go around the corner to the pizza place. Next shot at the pizza place her hair is pulled up into a different hairstyle.

Errors in Geography
The movie was shot in Vancouver, although it was set in LA. In one scene, Trish is seen in her kitchen, with a box of President's Choice cereal. President's Choice is a primarily Canadian brand (although available in certain U.S. states) and would not be found in California.

Errors in Geography
In the 'Hong Kong' scene, at street level we can see the licence plates on cars have white lettering/numbering on a blue background. Hong Kong cars have black-on-white at the front, and black-on-yellow at the rear. In Fact, those car plates belong to Shanghai, according to the beginning "Hu" of the plates.

Factual Mistake
The section of the movie store in front of which Lauren and FDR bump into each other for the first time is the "drama" section. Most of the movies seen on the shelves in this section, e.g. "Aliens", "Marmaduke", "Predators", "Ice Age"... etc., can hardly be considered "drama".

Revealing Mistakes
In the sushi bar scene, the neon sushi sign is facing inward and reads "SUSHI". It should be facing outward for which it would read "IHSUS" inside the restaurant.

Revealing Mistakes
Although the VW was hit from both ends at the restaurant, when the VW is speeding along the unfinished freeway, there is no damage to the car at all.
Trivia:
Though both Tuck's real name is never mentioned, it can be seen as his screen name on the dating site, John Harrison. FDR's grandmother asks Lauren, "so you're the girl who's keeping Franklin (FDR) busy?" when they are introduced.

Most of Chelsea Handler's lines were ad-libbed, including the mention of Cheetos and Mike and Ike.

Bradley Cooper was cast but dropped out due to scheduling conflicts.

James Franco was offered a role, but declined.

Both guys on the singles website on each side of Tuck's picture, are crew members of the movie. They also show up in the video store database as FDR is searching for Lauren's info. Jay Mitchell (set design) and Peter Stratford (assitant art director).

Lauren and Tuck first meet at The Blarney Stone, a real pub located in Downtown Vancouver. It is known to be one of the busiest gastropubs in town.

Both Tom Hardy and Chris Pine appeared in this movie and both will go on to be in film adaptions of Tom Clany's work. Tom Hardy will be Sam Fisher in Splinter Cell and Chris Pine will be in Tom Clancy's Jack Ryan: Shadow Recruit.

When the film was submitted to the Motion Picture Association of America, the film was given an "R" rating due to some racy dialogue spoken by Chelsea Handler's character. It was later edited and given a "PG-13" rating for "sexual content including references, some violence and action, and for language" for the theatrical release.

The scene where Lauren and Trish are shopping for laundry detergent near the beginning of the film was shot at a Canadian Tire store.

Trish calls Lauren from a children's play center, which is a real place called "Crash Crawly's". It is located near a freeway which can be seen through the windows.

FDR's grandma reveals his real name to be Franklin. Franklin D Roosevelt was commonly known by his initials FDR and this is where Chris Pine's character got his name.

An ending was shot with Lauren ending up with Tuck. 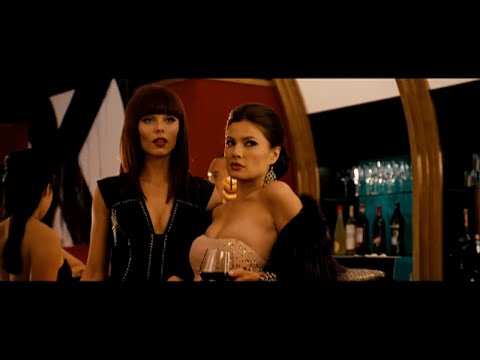 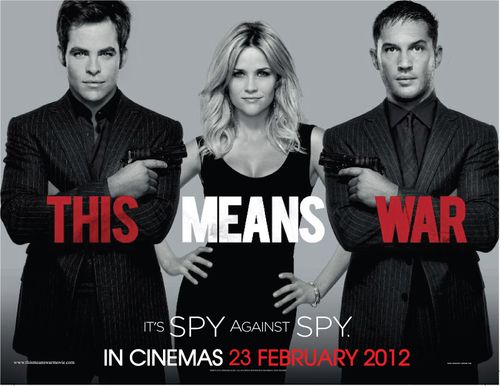 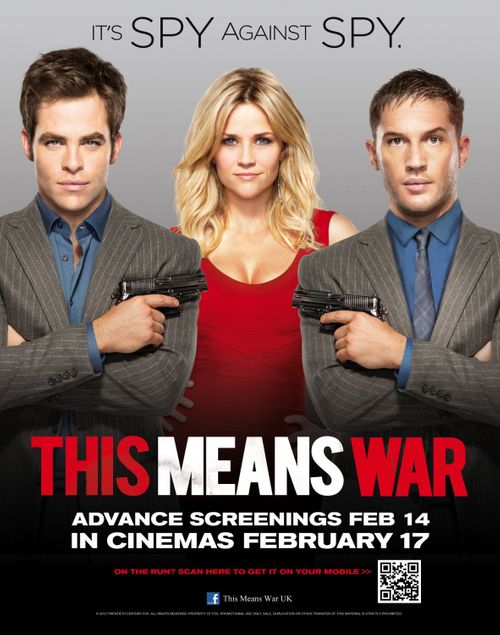 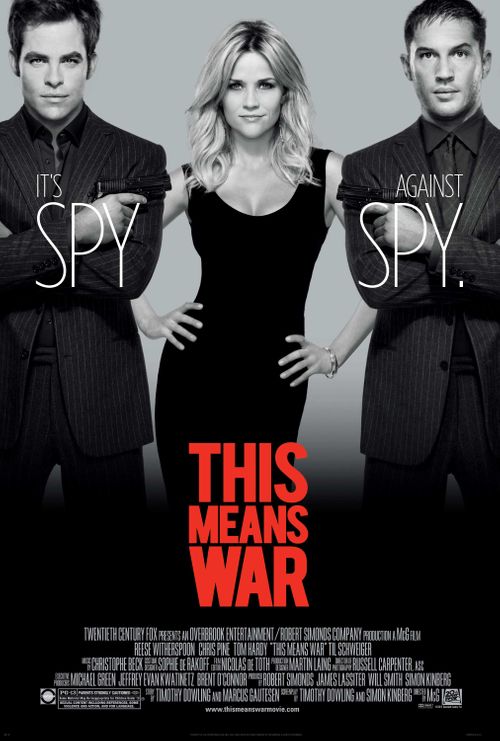 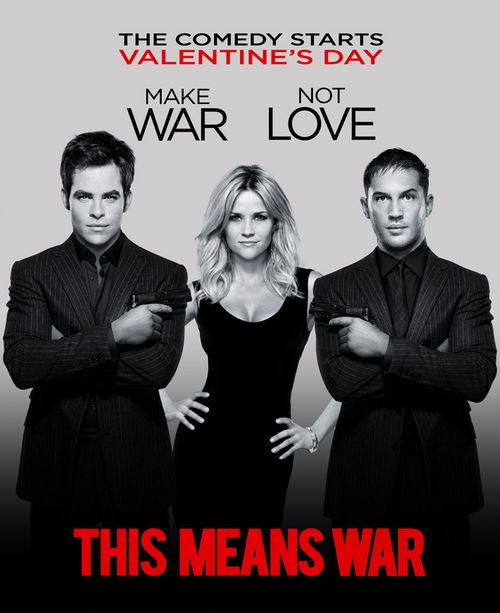 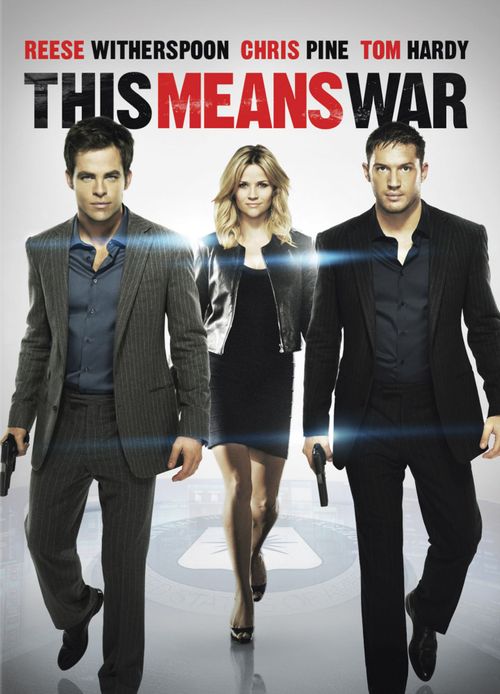 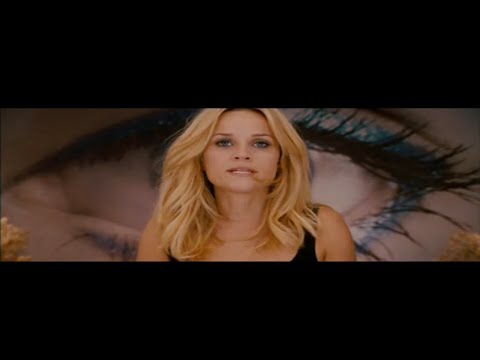 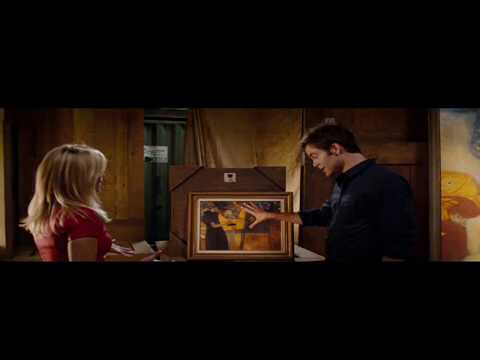 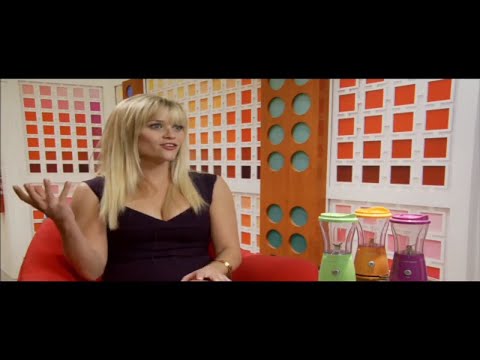