Cancel
This action-packed, futuristic sci-fi thriller is set three years after the events of the 2009 film, with the Autobots, during their collaboration with the NEST (Nonbiological Extraterrestrial Species Treaty) military force, discovering a hidden alien technology in possession of humans, which had been found by Apollo 11 on the Moon 42 years earlier. However, the Decepticons unveil a plan to use the technology to enslave humanity in order to restore Cybertron, the home planet of the Transformers. Can the Autobots team up with humans to destroy Cybertron, and defeat the Decepticons?

Based on 0 rating
0 user 0 critic
Did you know? Wheeljack is modeled after Albert Einstein, and his personality was modeled after the Disney character Ludwig Von Drake. Read More
0 User Reviews
No reviews available. Click here to add a review.
Cast

Continuity
In the start of the movie when Sam is holding Brains, the small robot, looking for a box to put him in, a shot of Carly shows Sam in the background holding his arm out with nothing in it. In the next shot the robot reappears and Sam puts it in the box he has found.

Continuity
When Wang meets Sam for the first time and they run into the toilet Sam has no jacket on. When they come out of the toilet he has a black jacket on, then when Sam gets to his desk, no jacket again.

Continuity
When Carly is first brought to Chicago, she has straight hair, light shirt, and white jacket. When Sam rescues her, her outfit has changed and her hair is now wavy. Her clothes continuously change throughout the movie during long scenes when she would have no way to switch outfits.

Errors in Geography
During the freeway attack outside Washington, D.C., one of the signs that is destroyed reads "West Interstate 88, Aurora". That portion of Interstate 88 runs from the western suburbs of Chicago to the Iowa border, and is nowhere near D.C.

Factual Mistake
In one shot during the opening Apollo 11 montage, the Command/Service Module zooms past the camera, by itself, en route to the Moon. The Lunar Module should have been docked to its nose.

Factual Mistake
As the Ark is on the far side of the moon, Earth shouldn't be visible from there, but while the astronauts approach it to investigate a "cresent Earth", it is clearly visible on the top-right hand side of the frame.
Trivia:
To film the skydiving sequence, Michael Bay attached cameras to the divers' helmets to capture their descent into Chicago.

Megatron is the only Transformer to have a different alt mode in each film.

When Bumblebee transforms at the end of the film the The Transformers (1984) transformation sound is heard.

Laserbeak's alternate mode in The Transformers (1984) was a tape cassette, but that was considered old-fashioned. He instead retains his robotic condor form.

It took 288 hours to render one frame of the Driller, along with the building he coiled around and dropped down.

When the employee is pushing the buttons on the photocopier that later transforms into Laserbeak, the distinct tones of the copier form the title theme song of The Transformers (1984).

The Autobots Wheeljack and Bumblebee, who are taken as prisoners near the end of the movie, were the first Transformers ever featured in a movie or cartoon.

US$1 million was spent during the two days of filming at the Milwaukee Art Museum, which served as Dylan Gould's museum.

Carly gifts Sam a rabbit toy. This toy is an obscure allusion to Beast Wars Second: Chô seimeitai Transformer (1998), which featured a celestial rabbit named Moon, who lived on the moon.

The word "transformer" is heard only once in the film: it is used by Lennox when explaining to Mearing how Sentinel Prime will be revived. 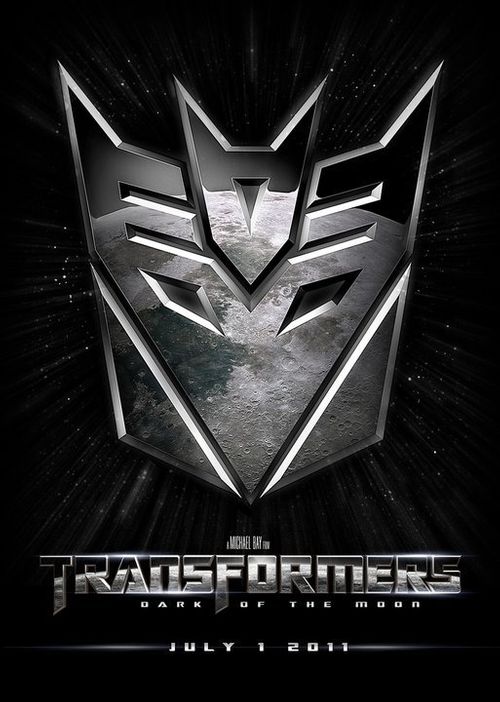 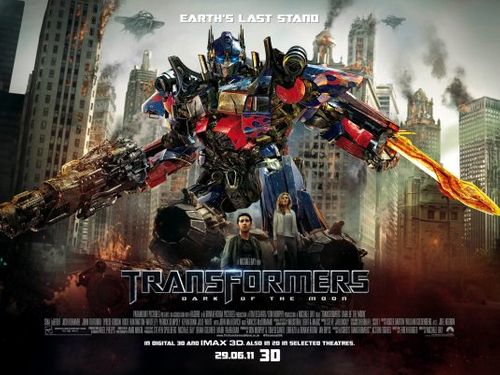 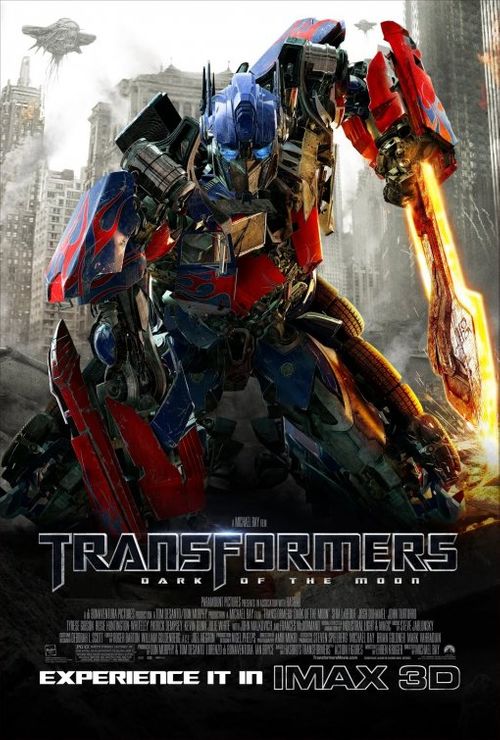 Transformers: Dark of the Moon 2011