Cancel
Embedded with intrigue and thrills, this evocative drama traces the struggles and successes in the life of Vijay Kumar. He is the illegitimate son of a construction baron, Raj Kumar Gupta and his first love, Shanti, whom he gives up in order to marry a wealthy heiress. Raj does not know of this son, who grows up, and after his mother's death comes to Delhi, to take revenge on the Gupta family by destroying the family's business and connections with each other. Will Vijay succeed in avenging his father's betrayal by destroying his family?
See Storyline (May Contain Spoilers)

Vijay (Amitabh Bachhan) is the illegitimate son of a construction baron Raj Kumar Gupta (Sanjeev Kumar) and his first love Shanti (Waheeda Rehman), whom he gives up to marry a wealthy heiress. Shanti comes by to wish him success on his marriage, with the news that she is carrying his child and moving away. She gives birth to son Vijay and raises him into adulthood.

After she dies, Vijay comes to Delhi to take revenge by destroying his father's business and family connections. Shekhar (Shashi Kapoor) and Kusum (Poonam Dhillon) are Vijay's half-siblings who are caught in the crossfire of Vijay's revenge. Vijay also crosses paths with Geeta (Raakhee), the devoted secretary of Gupta and another company's general manager, Sheetal (Hema Malini) who is also the daughter of the owner of the company.

When Geeta is fired Vijay hires her. He tries to create differences between Shekhar and Sheetal. Vijay also takes all the good deals which resulted in losses for Raj. He even encourages Kusum to marry Ravi (Sachin) against her father's wishes which enrages Shekhar and he ends up fighting with Vijay. But Geeta comes and tells the truth. Shekhar and Kusum leave Raj.

Raj in anger tells Balwant (Prem Chopra) to kill Vijay. Later Vijay comes down and tells him that he is Raj's son and leaves. Raj tries to stop Balwant but he had already left and kidnapped Ravi in order to get to Vijay. Vijay, with the assistance of Shekhar and Raj, rescues Ravi.

Balwant aims at Vijay but Raj comes in between and thus Raj is shot in the process by Balwant. Before dying Raj asks for forgiveness. Vijay forgives him and unites with the family. In addition, Vijay changes the name of his company from Shanti Constructions to Shanti-Raj Constructions.

Based on 0 rating
0 user 0 critic
Did you know? It is noteworthy that this movie was heavily referenced in Anurag Kashyap's crime film Gangs of Wasseypur (2012). Read More
0 User Reviews
No reviews available. Click here to add a review.
Cast

Dilip Kumar was initially offered the role of R.K Gupta but declined. 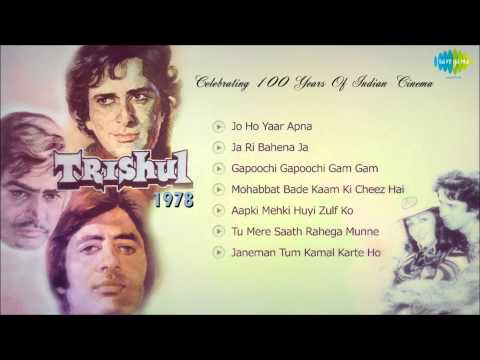