Cancel
Bella Swan has always been a little bit different. Never one to run with the crowd, Bella never cared about fitting in with the trendy, plastic girls at her Phoenix, Arizona high school. When her mother remarried and Bella chooses to live with her father in the rainy little town of Forks, Washington, she didn't expect much of anything to change. But things do change when she meets the mysterious and dazzlingly beautiful Edward Cullen. For Edward is nothing like any boy she's ever met. He's nothing like anyone she's ever met, period. He's intelligent and witty, and he seems to see straight into her soul. In no time at all, they are swept up in a passionate and decidedly unorthodox romance - unorthodox because Edward really isn't like the other boys. He can run faster than a mountain lion. He can stop a moving car with his bare hands. Oh, and he hasn't aged since 1918. Like all vampires, he's immortal. That's right - vampire. But he doesn't have fangs - that's just in the movies. And he doesn't drink human blood, though Edward and his family are unique among vampires in that lifestyle choice. To Edward, Bella is that thing he has waited 90 years for - a soul mate. But the closer they get, the more Edward must struggle to resist the primal pull of her scent, which could send him into an uncontrollable frenzy. Somehow or other, they will have to manage their unmanageable love. But when unexpected visitors come to town and realize that there is a human among them Edward must fight to save Bella? A modern, visual, and visceral Romeo and Juliet story of the ultimate forbidden love affair - between vampire and mortal.
See Storyline (May Contain Spoilers)

Seventeen-year-old Isabella "Bella" Swan moves to Forks, a small town near the Washington coast, to live with her father, Charlie, after her mother is remarried to a minor league baseball player. She is quickly befriended by many students at her new high school, but she is intrigued by the mysterious and aloof Cullen siblings. Bella sits next to Edward Cullen in biology class on her first day of school; he appears to be disgusted by her, much to Bella's confusion. A few days later, Bella is nearly struck by a van in the school parking lot. Edward inexplicably moves from several feet away and stops the vehicle with his hand without any harm coming to himself or Bella. He later refuses to explain this act to Bella and warns her against befriending him.

After much research, Bella eventually discovers that Edward is a vampire, though he only consumes animal blood. The pair fall in love, and Edward introduces Bella to his vampire family, Carlisle, Esme, Alice, Jasper, Emmett, and Rosalie. Soon afterward, three nomadic vampires—James, Victoria, and Laurent—arrive. James, a tracker vampire, is intrigued by Edward's protectiveness over a human and wants to hunt Bella for sport. Edward and his family risk their lives to protect her, but James tracks Bella to Phoenix, where she is hiding, and lures her into a trap by claiming he is holding her mother hostage. James attacks Bella and bites her wrist, but Edward and the other Cullen family members arrive before he can kill her. James is destroyed, and Edward sucks James' venom from Bella's wrist, preventing her from becoming a vampire. The severely injured Bella is taken to a hospital. Upon returning to Forks, Bella and Edward attend their school prom. While there, Bella expresses her wish to become a vampire, which Edward refuses to grant. The film ends with Victoria's secretly watching the pair dancing, plotting revenge for her lover James' death.

Tagline: When you can live forever what do you live for?

Twilight is aggressively, unabashedly not for adults
Randall Colburn, Consequence of Sound
0

Continuity
In the final credits, "Emmett" is misspelled.

Continuity
As Bella and Edward's fathers are at the second crime scene, Bella asks Edward to turn in to park up. The car moves right to turn in, then the next shot is the car still in lane, and hasn't moved right yet.

Crew/Equipment Visible
When Bella is sitting in the lunchroom, a man is ducked down and carrying a lunch tray trying to get out of the shot.

The entire film was completely shot in 48 days.

Before casting, Robert Pattinson had never heard of the Twilight novel and only attended the casting because he liked Kristen Stewart's performance in Into the Wild (2007).

For a few weeks before filming began Robert Pattinson didn't talk to anyone to try and feel as isolated as Edward Cullen.

Kristen Stewart wore hair pieces so they didn't have to waste time doing her hair, and therefore had more time to shoot.

When Edward enters the cafeteria, Robert Pattinson's sister, Lizzy Pattinson, can be heard singing the vocals on the soundtrack.

Lily Collins was initially considered to play the role of Bella Swan. 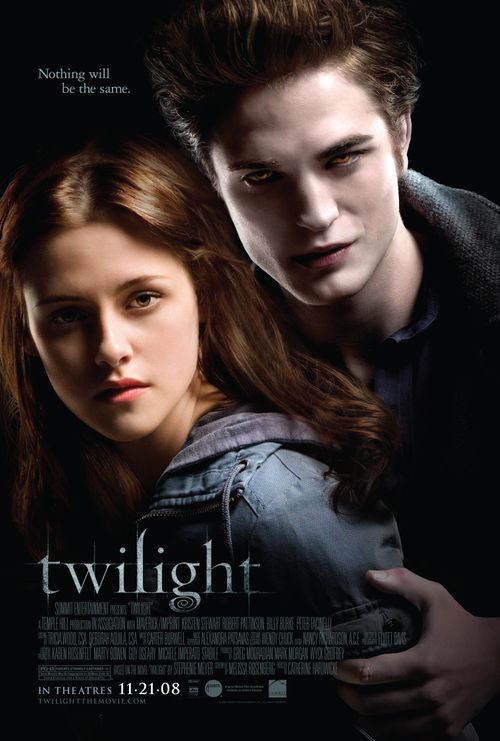 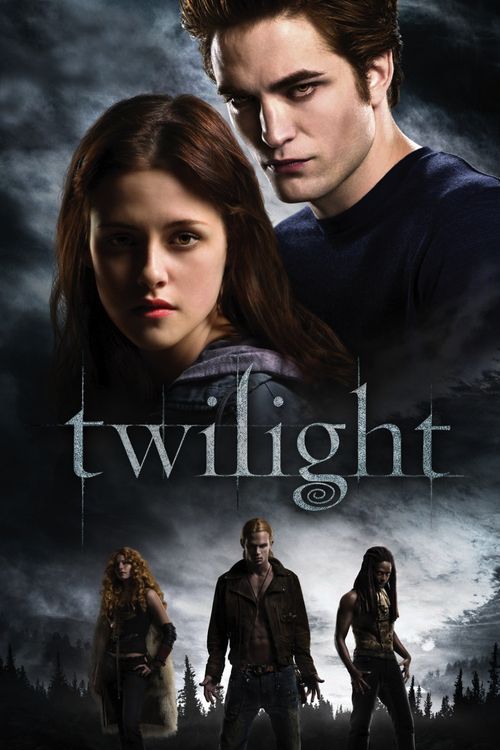