Cancel
In the slums of Chennai, 3 childhood friends are separated by a twist in fate when one of them ends up dead by a mishandled drug deal.
See Storyline (May Contain Spoilers)

The whole film unfolds in a slum in Chennai. Balaji (Muthukumar), after his mother's death and his father Jothi (Shimmore), a drunkard, leaves him on streets, works hard and ensures a decent living for his younger brother Karthik (Nani). Karthik, who studies in an engineering college, spends all his time with his friend Vishnu (Evam Karthik), who is also brought up in the locality. There is Revathy (Nithya Menen) in the neighbourhood, who loves Karthik desperately. Meanwhile Jothi takes to illegal ways and makes money working for a woman drug peddler Ammaji (Jennifer). Knowing that Vishnu is in love with Viji (Bindhu Madhavi), a call girl in the locality, Jothi decides to exploit him for his selfish gain. He gives him an assignment - to transport drugs to Pondicherry, promising to give him Viji if he completes the work. Vishnu takes the help of Karthik and goes to Pondy. However sensing that something is fishy, Vishnu returns to Chennai. What follows next is the story of 'Veppam'.

Based on 0 rating
0 user 0 critic
Did you know? The film was shot in just 46 days. Read More
0 User Reviews
No reviews available. Click here to add a review.
Cast 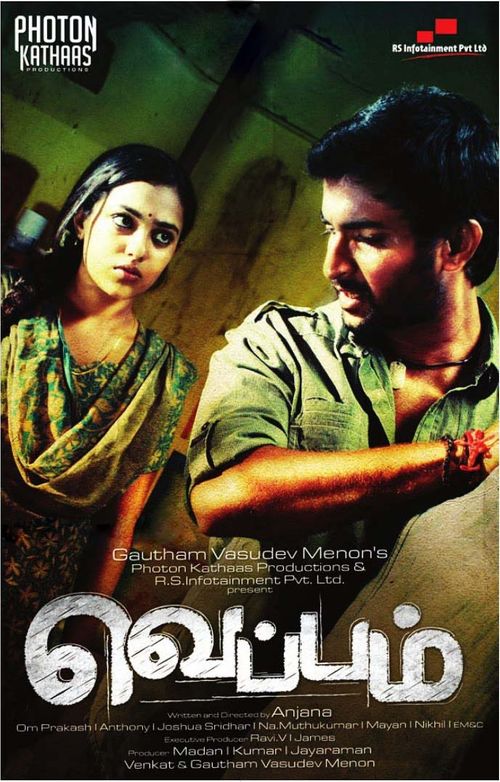 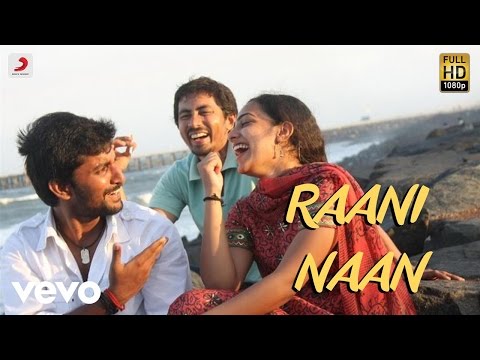