Cancel
A realistic probe of the changing landscape of emotions and equations in a relationship from childhood to adulthood, this dynamic drama reveals the ups and downs in the journey of a pair of childhood sweethearts.
See Storyline (May Contain Spoilers)

'Yeto Vellipoyindhi Manasu' is a youthful and emotionally charged drama of the complex and emotionally-charged journey a pair of childhood sweethearts go through as they grow up and mature into adults.

The film begins with Varun (Nani) gaining admission into an engineering college. He and his friends one day participate in a cultural programme, where Varun finds his childhood sweetheart Nithya (Samantha) participating in a dance show. He begins wooing her by singing on stage and later meeting her. As they meet, the film rewinds to their early days when both were in third standard. They become good friends after a small incident and their friendship blossoms. But due to a misunderstanding, Nithya decides not to meet Varun and to never talk with him.

However, as destiny would have it, they meet again in their tenth standard. Nithya initially hesitates to talk with Varun, but sheds her inhibitions once Varun breaks the ice between them, and resumes her friendship with him. Nithya is elected as the pupil leader in school and as a pupil leader she is in constant interaction with Deepak, another pupil leader and her classmate, much to the dismay of Varun. As a result, they have another fallout.

This youthful drama then returns to their current meeting in the college. Both forget their past misgivings and become friends again. This time, they fall in love. During the vacations, Nithya leaves India and Varun, who is from a lower economic strata is left alone to suffer the void of loneliness. Varun's elder brother who works in a software company, wants to marry his colleague and confesses the same to his parents. His parents oblige by offering to negotiate with the girl's parents. However, his parents are humiliated at the negotiations. Varun, in the process of consoling them, realises that despite their embarrassment, his brother and parents care about him rather than themselves. He then decides to take his studies more seriously and begins preparing for CAT. Nithya comes back to India and sees Varun not spending enough time with her due to his busy schedule. Nithya too initially understands his situation. However, when she learns that Varun is going to IIM Kozhikode, she too proposes to go with him. Varun rejects her proposal citing that he is going to stay in a hostel as staying outside in a rented house would be too costly for his family. This leads to a heated argument between the two and eventually ends up in another break-up between them.

After graduating from IIM and landing a job, Varun goes about finding Nithya. He goes to Manapad in Tamil Nadu where Nithya is working as a school teacher at a tsunami relief camp. Nithya refuses to talk to him even after many attempts by Varun to start a conversation. When he finally gets her to talk, she rejects his advances saying that she is happy with her current position. Disgusted at her rejection, Varun leaves the place. After some days, Nithya invites Varun to her sister's marriage. At the same time, Varun also invites Nithya to his engagement. Nithya, shocked and shattered at this sudden development realizes that she was never able to completely get over Varun and breaks down before her sister. However, to Varun's dismay, she attends his reception, which makes him think twice about his marriage.

He realises that he is still in love with Nithya. So he breaks his current engagement with the consent of his father and goes to Nithya's home to win back her confidence. Nithya too apologizes to Varun about her past behaviour. The film ends with a note being shown that they are happily married and continue to quarrel and love each other.

Based on 0 rating
0 user 0 critic
Did you know? Lead actors Nani and Samantha had received the Nandi Award for this film. Read More
0 User Reviews
No reviews available. Click here to add a review.
Cast

Lead actors Nani and Samantha had received the Nandi Award for this film.

The film is made in Telugu, Tamil and Hindi simultaneously with three different lead actors, and Samantha Ruth Prabhu as the lead actress, in all three languages.
Filming Start Date:
29 Aug 2011 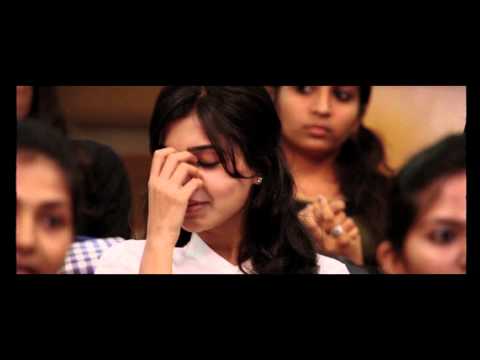 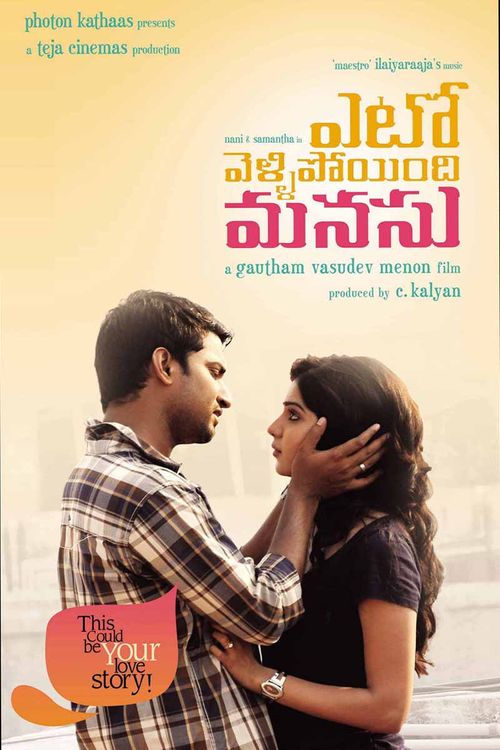