Cancel
Sidhu's friend Chopstick cons him into believing that he's the reincarnation of a slain Chinese revolutionary. Sidhu visits China to save his people but faces many challenges and even possibly, death.
See Storyline (May Contain Spoilers)

Sidhu (Akshay Kumar) is a lowly vegetable cutter at a roadside food stall in the Chandni Chowk section of Delhi, who consults astrologers, tarot card readers, and fake fakirs despite his foster father Dada's (Mithun Chakraborty) exhortations. When two strangers from China claim him as a reincarnation of war hero 'Liu Shen' and take him to China, Sidhu, encouraged by trickster Chopstick (Ranvir Shorey), believes he will be feted as a hero, unaware of his own recruitment to assassinate the smuggler Hojo (Gordon Liu).
Sidhu travels to China with Chopstick. Along the way he meets Sakhi (Deepika Padukone), the Indian-Chinese spokesmodel known as Ms. Tele Shoppers Media, or Ms. TSM, who also appears in China. Her twin sister Suzy, known as the femme fatale Meow Meow, works for Hojo, not knowing Hojo tried to kill her father, Inspector Chiang (Roger Yuan). Sidhu, through a series of accidents, initially eludes Hojo, but Hojo eventually exposes him as a fraud. Thereupon Hojo kills Dada, and Sidhu is beaten and urinated by Hojo. Injured and disgraced Sidhu vows revenge. He thereafter encounters an amnesiac vagrant, whom he later identifies to Sakhi as Inspector Chiang. Chiang later recovers his memory and trains Sidhu in kung fu. When Hojo again meets with Sidhu, Suzy injures Chiang; but upon seeing Sakhi, betrays Hojo. Sidhu thereafter fights Hojo in single combat, eventually using a modified vegetable-cutting technique to overwhelm him. In the aftermath, Sidhu opens a vegetable stall in China, but is recruited to fight for some African pygmies. The film thereupon concludes with the announcement "To be Continued – Chandni Chowk to Africa".

Tagline: This Diwali, two great civilizations... will wish they had never met!

Based on 0 rating
0 user 0 critic
Did you know? The Great Wall fight scene was shot in seven days. It was originally planed to be shot in 20 days but the Chinese government would only allow for seven days on account of tourism. Read More
0 User Reviews
No reviews available. Click here to add a review.
Cast

Factual Mistake
Towards the beginning of the film the narrator mentions that the 'The Great Wall of China" is the only man made object visible from Space. However, it has been scientifically proven that for a human being to be able to see "The Great Wall of China" from Space a resolution of 7.7 times better than normal vision would be required, making that statement an impossibility

Factual Mistake
On numerous occasions the name of the "legendary warrior" was shown as Liu Sheng. But in the center of the village, there is a statue of him, and his name is inscribed to be Liu Qing. Close pronunciation, but very, very different when written down.

Factual Mistake
Below the Great Wall of China there is a monument, which upon Sidhul's arrival was introduced by village leaders to be something like "the tombstone of Liu Sheng the great warrior". But actually what inscribed on the monuments actually means "The Greatwall: Keystone Historical Site of Hebei Province".
Trivia:
This is the first Indian film to be shot in China.

This is the first film where the Chinese government allowed for a fight scene to be shot on top of the Great Wall.

The Great Wall fight scene was shot in seven days. It was originally planed to be shot in 20 days but the Chinese government would only allow for seven days on account of tourism. 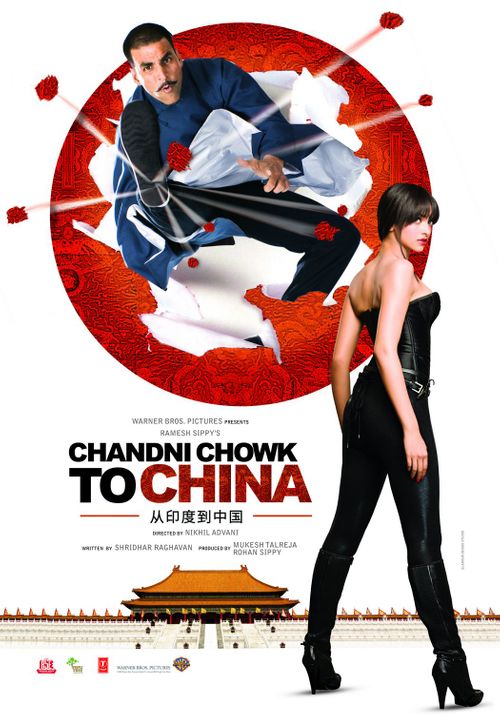 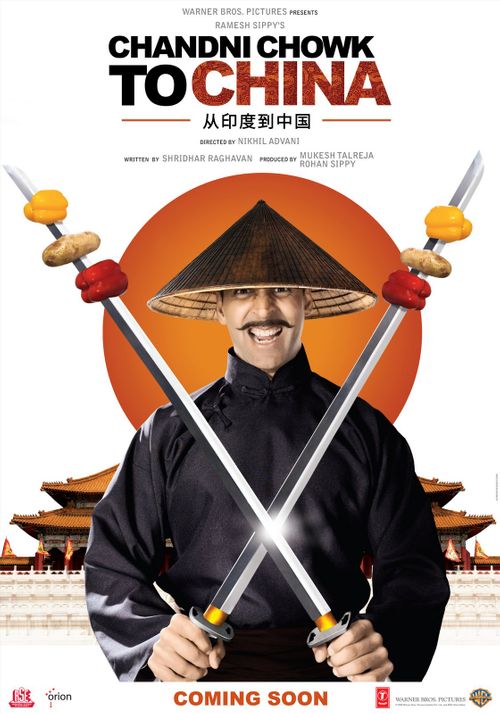 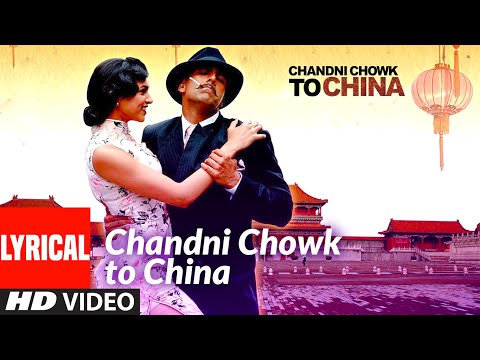 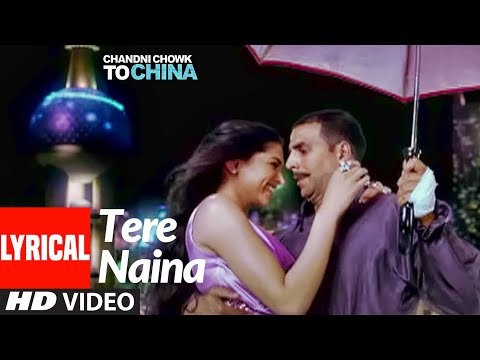 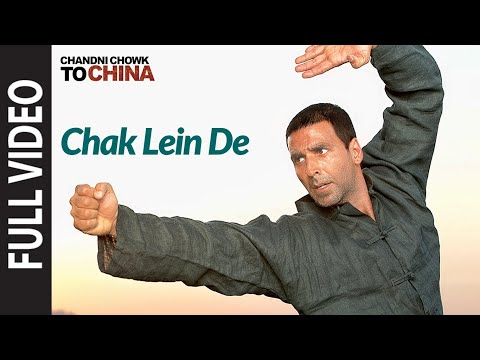 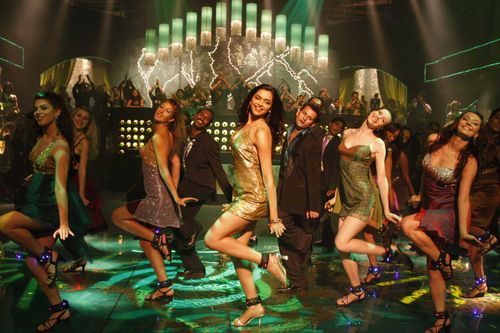 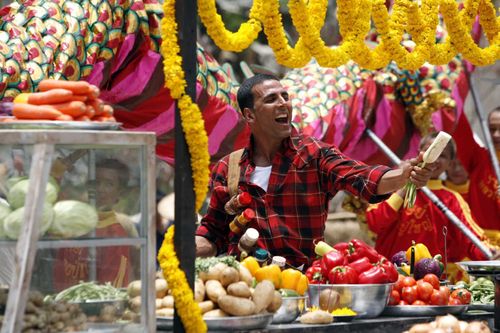 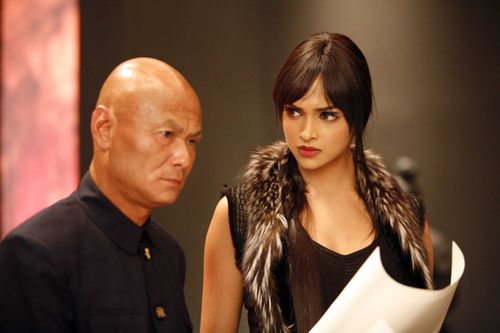 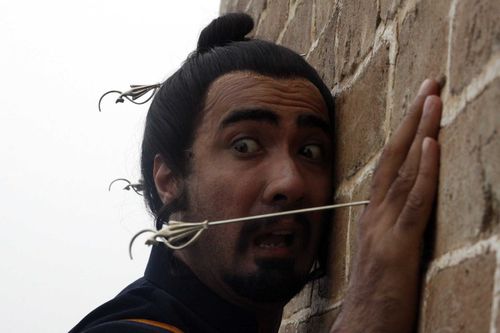 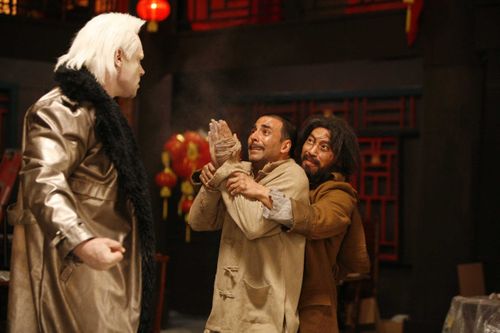 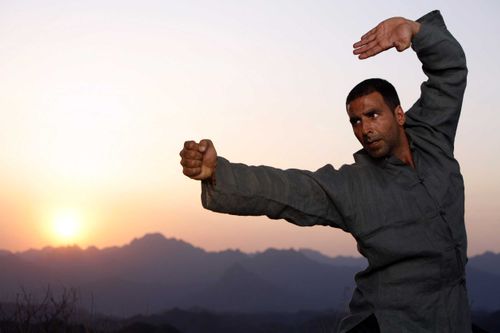 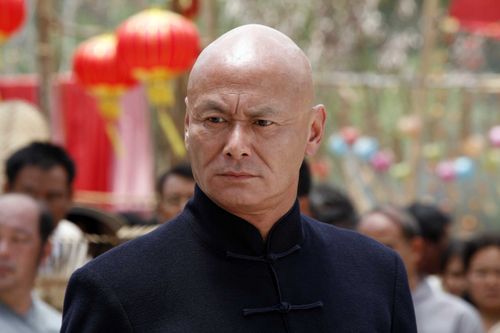 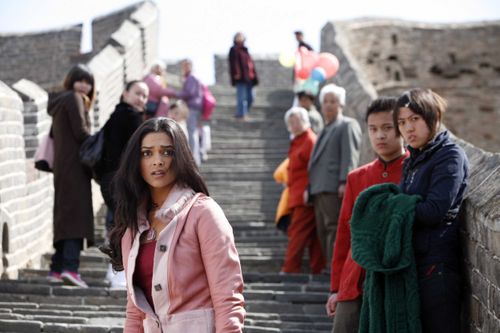 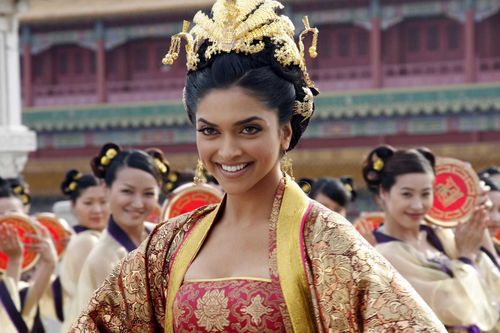 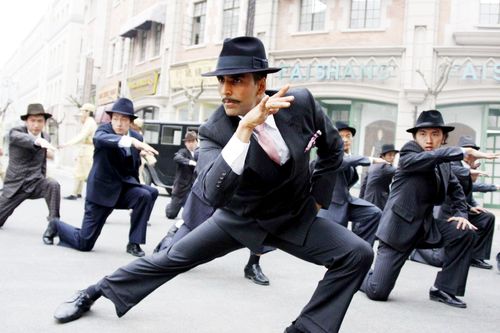