Cancel
In modern day Japan, Wolverine is out of his depth in an unknown world as he faces his ultimate nemesis in a life-or-death battle that will leave him forever changed. Vulnerable for the first time and pushed to his physical and emotional limits, he confronts not only lethal samurai steel but also his inner struggle against his own immortality, emerging more powerful than we have ever seen him before.

Tagline: When he's most vulnerable, he's most dangerous.

Based on 5 ratings
0 user 6 critic
Did you know? Guillermo del Toro expressed interest in directing, being a fan of the Japanese saga in the "Wolverine" comics. He met with James Gianopulos and Hugh Jackman about directing the film, but ultimately decided he did not wish to spend 2-3 years of his life working on the film. Read More
6 Critic Reviews

An improvement on the last outing for Jackman’s not-so-merry mutant. If only it trusted enough in its unique setting to forgo a descent into aggressively awful formula
Chris Hewitt, Empire Online
0

It’s a comic-book film but not as we know it
Megan Lehmann, The Hollywood Reporter
0

The Wolverine, starring Hugh Jackman, is a superhero film that is rather joyless and somewhat daft
Robbie Collin, The Telegraph
0

Hugh Jackman's sixth time out in the claws and hair combo is looking increasingly wearied, as the backstory gets more complicated and the action gets duller and flatter
Henry Barnes, The Guardian
0

It’s a step up from the garbled silliness of Wolverine’s first solo outing. Unlike Origins, the storytelling is more sharply focused here, ignited by flashes of stylised superheroism
Neil Smith, Total Film
0

Continuity
The private jet that Wolverine boards in Alaska is different than the jet shown mid-air on the way to Tokyo.

Continuity
When Logan and Mariko spend the night at the Nagasaki house, it is pouring rain most of the night. The next morning when Logan exits the house to find Mariko (and subsequently chase after her kidnappers), the ground is completely dry, not even a puddle is seen.

Continuity
When Logan and Mariko run into a small Japanese casino, they run into a room to take shelter from the people chasing them. A mobster shoots at Logan three times before he closes the door. However, when the camera cuts back to the now closed door, there are three bullet marks on the door.

Continuity
At the funeral, Viper is shown using a cell phone to film Logan fighting. When she is interrupted by the gang member with a gun, she shifts the angle of the phone to the right, and then lowers it completely. The image on the phone does not reflect these movements, it continues to show Logan centered in the image.

Continuity
Wolverine and Mariko are traveling in the same compartment in the Bullet Train. During the fight on the roof of the train, Wolverine and his enemies fall back many compartments. However when one of the assailants looks down through an overhead window, he can still see Mariko, and Wolverine appears way ahead of Mariko's seat.

Miscellaneous
Logan is shot in the back with many arrows as he tries to make his way to rescue Mariko. After he is captured and taken to Viper, we see the back of his t-shirt and there is not a single hole in it.

Continuity
The first scene with Jean and Logan switches between two shots portraying them in bed together. However, in one of the shots, Logan is on his side, and in the other, he is on his back. This results in him appearing to go from his side to his back to his side to his back without actually moving or interrupting the conversation.

Continuity
Logan loses his healing powers, is shot several times, bleeds and is left with wounds that take time to heal. However, he extends his claws through the skin between his knuckles multiple times, and this leaves no blood or wounds of any kind.

Continuity
When Mariko and the Wolverine say goodbye, Mariko is standing in front of the plane and someone brings her a yellow briefcase which subsequently disappears.

Continuity
Shingen is poisoned by Viper during the ninja assault on the Yashida residence, causing scarring across half his face. These scars are missing when Logan and Yukio arrive right after this and Shingen attacks them in the medical room.

Errors in Geography
Logan and Mariko catch a shinkansen (bullet train) from Ueno Station and head South West towards Nagasaki. This is not possible, shinkansen departing from Ueno only travel North.

Errors in Geography
The ground zero for the nuclear bomb explosion in Nagasaki is shown to be on the western coast of Nagasaki Bay. The actual ground zero was further north, up the stream of Nakajima River, on the eastern (left) bank.

Factual Mistake
The plane drops the atomic bomb on Nagasaki from a low altitude. In fact it was flying at 30 000 feet (9100 metres) and would not have been visible in this way above the city.

Factual Mistake
When Logan is pulling the X-ray machine up his body, an X-ray of his legs is shown. In this X-ray, he has no knee-caps.

Factual Mistake
The Bullet train is an electric train, yet there are no overhead wires. Wolverine leaps and ducks to avoid being knocked over by the gantries which are there to support the overhead wires.

Miscellaneous
When Logan and Mariko are seeking shelter from the rain, the camera pans from right to left and the rain moves in line with the view.

Miscellaneous
During the end credit scene, a woman coming up the staircase behind Professor X blinks when she (along with everyone else) is meant to be frozen.

Factual Mistake
The bombing altitude for Nagasaki was 30 000 feet (~10 km), but in the opening scene the planes bombing Nagasaki are a lot lower than that. The bomb also detonated at 1,500 feet, not at ground level as shown.
Trivia:
Famke Janssen filmed her Jean Gray cameo in three days.

The first X-Men film to be released in 3D and IMAX.

Hugh Jackman is a self-confessed fan of the Chris Claremont-Frank Miller "Wolverine" comic (1982), especially the Japanese saga: "There are so many areas of that Japanese story. I love the idea of this kind of anarchic character, the outsider, being in this world full of honor and tradition and customs; someone who's really anti-all of that, and trying to negotiate his own way. The idea of the samurai too, and the tradition there - it's really great. In the comic book he gets his ass kicked by a couple of samurai - not even mutants."

Darren Aronofsky was originally set to direct and worked on the project for six months before departing, citing the long overseas shoot would prevent him from seeing his family (he had just separated from Rachel Weisz, the mother of his child). During his time attached to the film, he rewrote the screenplay by Christopher McQuarrie and it is speculated that the real reason for his departure was the studio's unwillingness to approve his draft - which aimed for a hard 'R' rating due to heavy sexual content and brutal violence.

This will be the first time Wolverine will be in a movie without X-Men attached to the title.

This is Jackman's sixth portrayal of Logan/Wolverine.

Togo Igawa was considered for the role of Shingen.

Guillermo del Toro expressed interest in directing, being a fan of the Japanese saga in the "Wolverine" comics. He met with James Gianopulos and Hugh Jackman about directing the film, but ultimately decided he did not wish to spend 2-3 years of his life working on the film.

In May 2011 Fox was down to a short list of eight candidates to direct: Jose Padilha, Doug Liman, Antoine Fuqua, Mark Romanek, Justin Lin, Gavin O'Connor, Gary Shore and James Mangold. Out of that list Mangold was chosen.

According to James Mangold, this film is a sequel to X-Men: The Last Stand ("Jean Grey is gone and most of the X-Men are disbanded, so there's a tremendous sense of isolation for Wolverine") but with extended flashbacks.

To prepare for the role, Hugh Jackman contacted Dwayne Johnson for advice on bulking up for the movie. Johnson suggested Jackman could gain a pound a week over six months (24 weeks) by eating 6,000 calories a day of "an awful lot of chicken, steak and brown rice."

According to James Mangold, the film had started out as a prequel to X-Men, but later he decided to make it a sequel to X-Men: The Last Stand: "I wanted to tell the story without the burden of handing it off to a film that already exists and having to conform to it. The ideas of immortality reign very heavily in this story, and the burden of immortality weighs heavily on Logan. For me that's such an interesting part of Logan's character that it is nearly impossible to explore in a prequel."

Hugh Jackman confirmed on having discussions with director James Mangold about test screening a PG-13 rated cut and an R rated cut, but did not comment on filming sequences for them.

According to James Mangold, this film is influenced by the Japanese samurai films 13 Assassins and Hiroshi Inagaki's Musashi Miyamoto Samurai trilogy; the Westerns Shane and The Outlaw Josey Wales; the crime films The French Connection and Chinatown; and the dramas Black Narcissus, Floating Weeds, Chungking Express and Happy Together.

Hugh Jackman said that with this film, he finally achieved the physique that he always envisioned in his mind that Wolverine should have. He said that for some reason, on each of his 5 prior takes at the character, he felt that he never had enough time to get in shape; for this film he finally had enough time, and got his body exactly the way he wanted it to look. Co-star Will Yun Lee also said that it was Jackman's best physique for the role of Wolverine.

According to Hugh Jackman, Wolverine being surrounded by death while being unable to die due to his healing factor is a major theme in the film: "He realizes everyone he loves dies, and his whole life is full of pain. So it's better that he just escapes. He can't die really. He just wants to get away from everything."
Buzz
Interview: Hugh Jackman on lessons he's learned from 'Wolverine'
22 May 2014, by First Showing
'The Wolverine' – Is this one stab at box office success too far?
19 Jun 2013, by Metro
Latest trailer lands for 'The Wolverine'
12 Jun 2013, by Simon Brew
'The Wolverine': 8 New Photos!
24 Mar 2013, by Tim Stack
Sydney's back streets abuzz with 'Wolverine' film crew and star Hugh Jackman
12 Nov 2012, by Jonathon Moran
Exclusive new 'The Wolverine' image
26 Oct 2012, by Chris Hewitt
Hugh Jackman, James Mangold Ready for 'The Wolverine' Shoot
24 Jul 2012, by Pip Bulbeck
'Wolverine' sequel casts two villains
09 Jul 2012, by Borys Kit
‘Total Recall’ scribe rewriting ‘Wolverine’
01 Sep 2011, by Jeff Sneider
Fox’s ‘Wolverine’ helmer search down to 8
25 May 2011, by Rachel Abrams
'The Wolverine': no short list of directors yet to replace Darren Aronofsky
18 Mar 2011, by Josh Rottenberg
Darren Aronofsky bows out of 'Wolverine'
17 Mar 2011, by Pamela McClintock
Hugh Jackman exclusive: How 'The Wolverine' director Darren Aronofsky got the star calling up The Rock
07 Dec 2010, by Sara Vilkomerson
Hugh Jackman promises Aronofsky’s 'Wolverine 2' will be ‘thoughtful’ and ‘meaty’
19 Oct 2010, by Bennett Marcus
Bryan Singer on ‘X-Men: First Class’: It’s got to be about Magneto and Professor X
08 Mar 2010, by Los Angeles Times
Wolverine Japan adventure is a go
03 Mar 2010, by Roger Friedman
McQuarrie to pen 'Wolverine' sequel
13 Aug 2009, by Borys Kit
'Wolverine 2': Will 'Slumdog' writer tackle the script?
26 Mar 2009, by Sean Smith 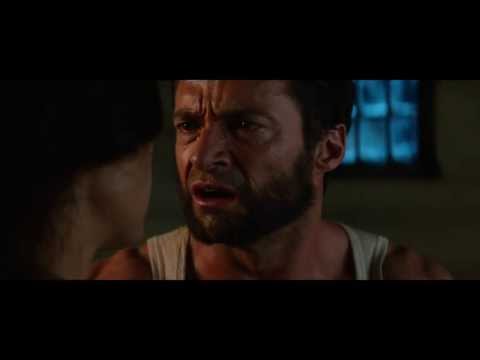 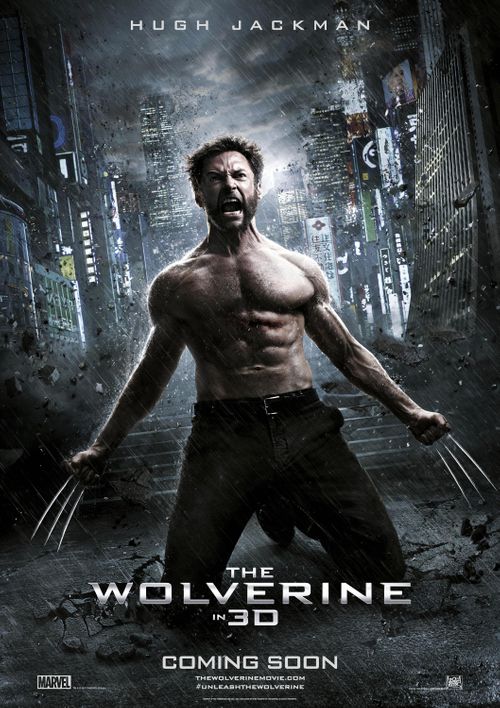